How to enhance the performance of your mobile app? 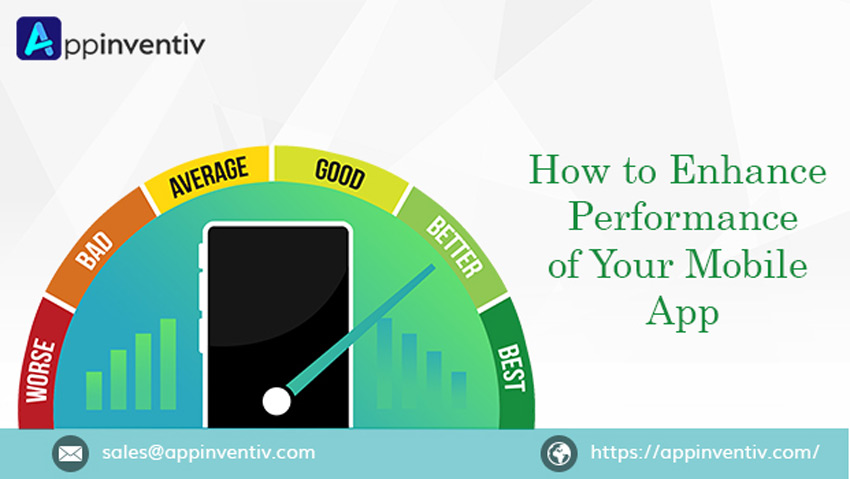 Suppose you are using a mobile app let’s say for booking a plane ticket. You filled all the required details and clicked on the ‘Submit’ button, waiting for the Confirmation page. But, the page was never loaded. How would you react? Would you give it another try?

Today, there are a number of mobile apps available for everything from shopping to bill payment, money transfer, and gaming. This has increased the expectations of the users, making them impatient towards any problematic app. If your mobile application does not load in a few seconds or fail to deliver a seamless experience, the customers won’t think twice before switching to an alternative. It has been found that:

From the above statistics, it is clear that performance is a key factor for the success of your mobile application. If your app fails to meet the user expectations, the user will uninstall your app, ratings will decrease and potential sales and revenue will shrink.

So, without further ado, let’s dip deep into the factors affecting the app performance and ways to improve it.

The way your app works on different networks also has an impact its performance. Uncertain bandwidth, increased latency, jitter, and packet loss can degrade the performance of your app, making the users annoyed.

Since all the users do not use the app on the same network, the mobile app development companies need to build and test their apps for all the possible network conditions. They have to make it certain that their application’s performance is optimized for different network conditions.

Nowadays, the app developed comprises of different components taken from multiple places: cloud, third-party, data center, etc. This not only makes the app structure complex but also increases the risk of app failure. For example: if the third-party data or components goes unavailable, your app will fail to complete the process. And since the users looking at the app window consider it as a single entity, they do not understand the challenge associated and consider the app faulty.

Also, it is required that poorly optimized code and infrastructures like suboptimal SQL queries, inefficient code algorithms, and poorly configured network infrastructures are not included in the app.

Applications, these days, are usually developed in simulation labs rather than testing on the real devices as well. Due to this, it is quite tough for the mobile app development companies to understand the app behavior in an actual production environment. And the result is low application performance.

How many users will be using your mobile app at a particular time? What features will they use and when? Many mobile application development companies do not consider these questions while building an app.

The consequence is that more than expected, people land on their app and it starts crashing and loading slowly. Ultimately, the users get annoyed by a bad app experience. 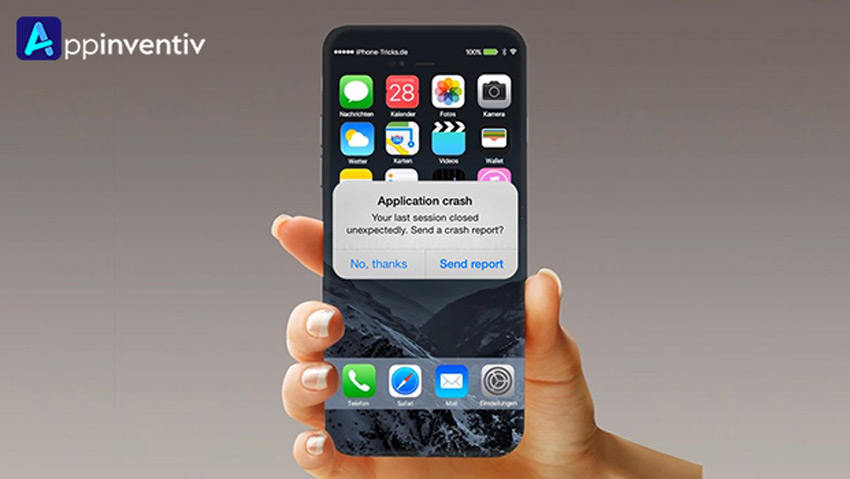 TIPS TO IMPROVE YOUR APP PERFORMANCE

Clean coding makes the app flow easy and smooth, which ultimately improves the app speed and performance. To ensure that your app runs perfectly, you need to keep the following aspects in mind:

It is not required to offer a large number of features in your app to entice the users. If your app’s performance is getting compromised when including multiple features, limit it to a few crucial ones (better build an MVP). Users prefer a faster and functional app over the one which has a lot of features but is slow.

The native apps are designed specifically for the OS users’ devices that run iOS and Android. Thus, they can make better use of device features (like camera, GPS, etc.) and run faster than the other types of apps.

Often, a mobile app needs a bulk of data to be loaded for proper functioning. But, the users are not ready to wait for long. In such a situation, the mobile app development companies can split the whole data into different pre-load/post-load blocks so that the users can access at least some data by the time the whole page loads. Many app developers load the content first, and images at the end for the same reason.

Users are not bounded to sit on a particular place and then use the app. They mostly use their mobile phones while traveling, or waiting in a queue. Due to this, it is possible that the network connections might drop in between. To deliver impressive service even in such situations, you can offer an offline app mode where their data remains saved for a while even when there’s no connection.

Using the latest crash monitoring and profiling tools is also an essential method to boost the speed of your web app or mobile app on a long-run. The mobile app development companies can use different tools to track and improve their app’s performance, like Neumob Accelerator, Xcode and TraceView. 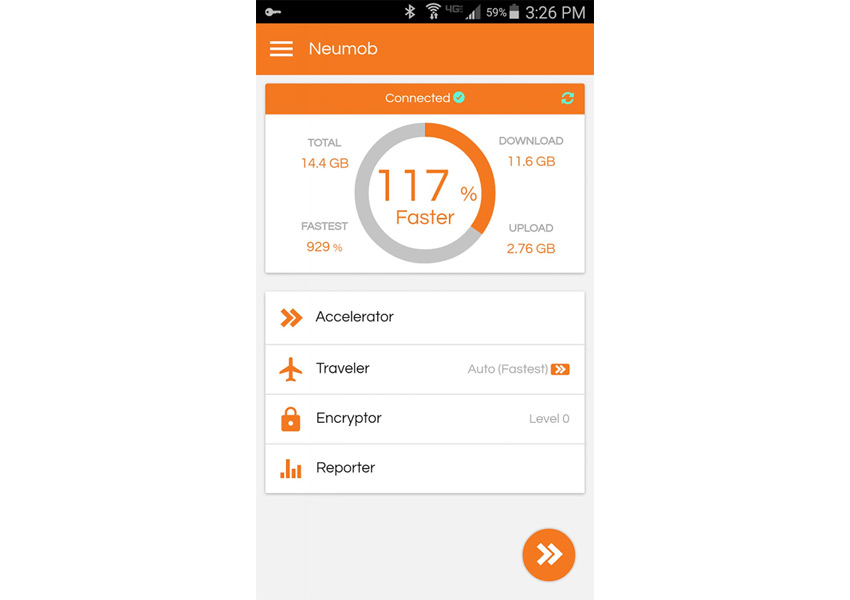 Another effective way to boost your app performance is to choose the latest, high-quality components (software/tools). The recent updates will be more compatible and higher-performing than the previous ones. Thus, it is good to empower the mobile app developers to take the advantage of tuning optimizations, security alerts, bug fixes and other associated services.

Mobile app performance directly influences the number of downloads, user retention rate, app ratings, conversions, and in the end, app revenue. So, if you are committed to deliver a high-quality mobile app to the users that exceeds their expectations and prompt them to come back to the app over and again, follow the aforementioned points and build an app that performs fast and effectively.