How to earn money with your free app? 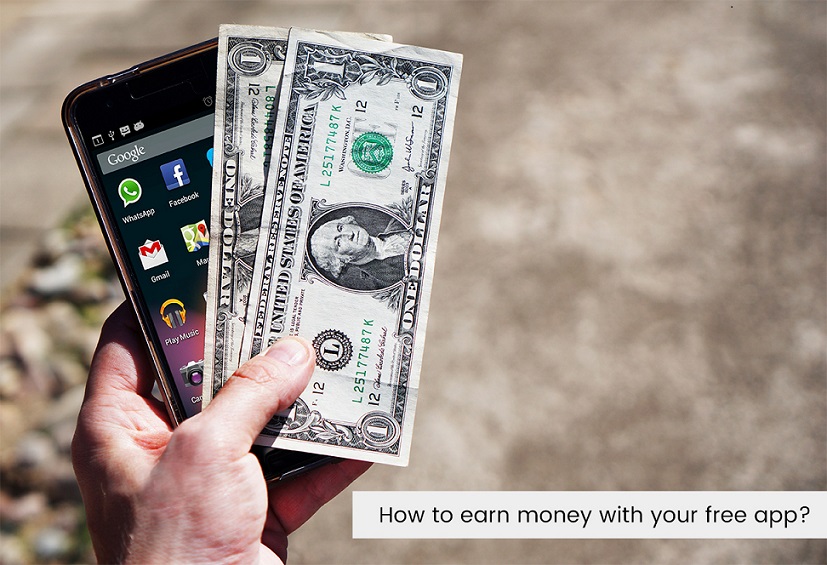 Making money from apps isn't a piece of cake. You can have a great app idea but still not manage to make money out of it. Very often it is because of the fact that potential users don’t want to pay for something they don’t know and not every mobile app has a perfectly tailored brand and is famous from the very beginning.

So what are your chances? If you've got an amazing idea for a mobile app, you can release it for free and still make some money off it. How? The top mobile app development company Ready4S has the answer.

Here are 5 techniques to help you generate revenue without charging users upfront.

Even though your mobile app is free to download, it can bring you a huge profit with well-placed in-appm purchases. The idea is that with in-app purchases, users can unlock features or buy more of something like gold or coins.

When building a mobile app, you can set the in-app purchase as either a one-time purchase, for example unlocking a particular feature, or as a continuous option, a purchase that can take place over and over again, for instance, buying 20 coins for $0.99.

The second option is far more profitable, but to benefit from it, you'll need to develop an amazing mobile app that justifies this spending.

In-app advertising can bring you revenue similarly to traditional advertising models: through impressions or click-throughs. The ad format matters as well as video ads tend to bring more profit than static ads.

The two largest ad networks are iAds (Apple) and Admob (Google). It is worth to notice though that most developers consider iAds to be more profitable.

To make ads work for you, you need a significant amount of traffic in your app. But once you get that traffic, a set of well-placed ad banners can become an amazing source of constant revenue.

Finding a sponsor and cooperating with him is another smart way to earn money off your free app. Such a cooperation can not only help you make a profit, but a well-known sponsor gives you plenty of credibility among your audience as well.

How do you find a sponsor? It's enough to approach an interesting company saying that you've got a mobile app used by an X amount of users, with X impressions or clicks. If the company's target audience hangs out at your app, they'll be interested in teaming up with you and gaining more exposure.

Once you find the right match, you can develop a powerful partnership. Your sponsor will usually have established marketing channels which they'll use to promote your app further. And that's a huge gain, especially when you are at the very beginning of your business path.

They work similarly to in-app purchases, allowing users who want to get more out of your app to buy additional content. The best way to explain how a smart upgrade works is to give an example.

Let's say that your app carries advertising. Many users don't like that. You can offer them an ad-free experience at a small one-off or regular cost. And that's a nice upgrade that users of your app will appreciate.

In this model, you need to have one free version of your app and a second version which is paid. You'll see many apps that come in Lite and Regular or HD versions paired up together. The free app usually includes a link which directs users to the Google Play or iTunes store where they can purchase the full version of the app.

It's a smart system, once users download your app, they can get a sense of it and then easily purchase the full version which features many more functionalities. Since they'll be paying for something they've already checked out, consumers are also less likely to feel disappointed by your paid app and give you a negative review.

Use any of these 5 strategies and you'll be on your way to generating revenue from your free app. And if you are curious how to reach 1,000,000 app downloads and get the most out of your app, check Ready4S expert ebook.

Are You Already Hiring Remotely? Join The Top Remote Businesses For Running Remote Conference in Austin

Japan IT Week Autumn: Expanding the show size for 10 years

A Detailed Guide To Make Your App Successful
Create project