How to create a social media app 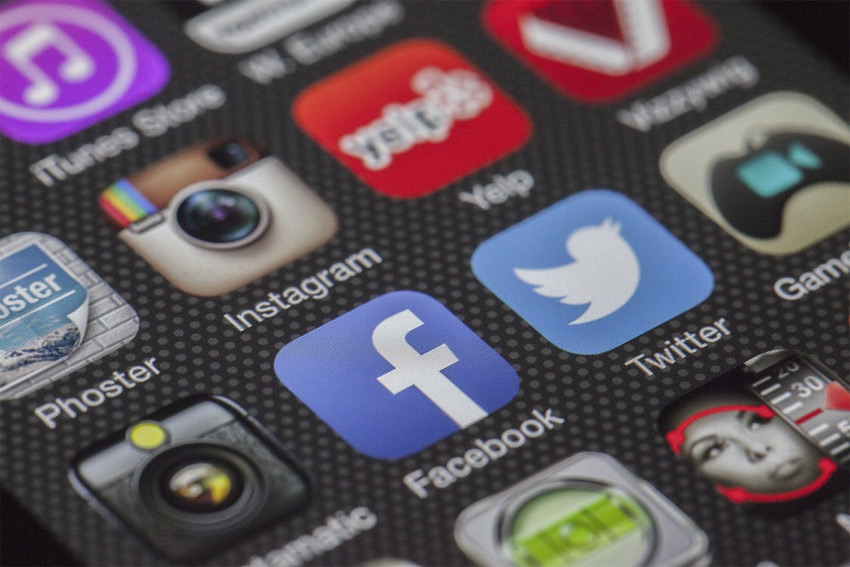 When we think of social media today, it’s quite likely that this particular ‘industry’ feels relatively inaccessible to fresh thinking and new startups. After all, following the gargantuan success of key players such as Facebook, Snapchat, Instagram, Twitter and others, it’s not unreasonable to think “what could possibly be added to this lineup?” That being said, there continues to be a wide swath of new smartphone apps created that are aggressively attempting to carve out their own niche here.

Take, for example, Swipe Labs, a mobile app development company which, over the past several years, has released four products designed to facilitate a variety of media sharing, including photos, videos and other multimedia content. Recently, it was announced that Swipe Labs had been purchased by global ride-sharing company Uber, who has announced that they will use Swipe Labs to add a touch of ‘human-ness’ to their driver app. While Swipe Labs is no longer building products designed to stand on their own as competitors to the likes of Snapchat and others, they have nevertheless found their own version of stardom and success in the world of social media app development.

With this in mind, we’ve decided to create this brief guide in order to help mobile app developers better understand why a social media app project should, perhaps, be in their list of future to-do’s. Here’s what you need to know.

ANDROID VS IOS: THE AGE-OLD QUESTION FOR APP DEVELOPERS

Before initiating development of a social media app, this question must be asked: what platform am I going to be creating this product for? Although it seems like a non-critical question at this phase of mobile app development, deciding early on which framework your app will run can save you time and money over the long-term. Although studies have shown that the iOS framework is likely more lucrative for mobile app developers over time (due to the fact that Apple users spend more money on app downloads), an equal number of studies have now proven conclusively that Android users are more likely to download and use social media apps. Mobile app development companies are, therefore, faced with an interesting conundrum.

Establishing a base of avid users is of critical importance in early stages of social media app promotion, which would seem to imply that the Android platform would be more attractive. However, given the lofty reputation of iOS and the intangible “cool factor” that this platform carries with it, producing content for Apple phones seems like an equally good idea. This is a question that mobile app developers should invest considerable mental energy before continuing much further in the app development. If your social media app will be ‘paid for’ using advertising revenue, it will likely also be of significant importance that iOS users are more likely to engage in mobile commerce than Android users. With that in mind, we can see how each platform carries with it its own benefits and opportunities.

Perhaps more than in any other industry, social media apps must sit on the cutting edge of current trends. In today’s social media climate, it seems that certain key aspects of functionality and performance have helped define a new ‘industry standard’. Social messaging is one of these key features. According to recent statistics, nearly 62% of millennials are more likely to engage with a product or brand which engages them via SMS or OTT messaging. Gone is the era where email, or even in-platform messaging (such as the browser-based message platform in Facebook) are “enough” for audiences. Social media users want the ability to quickly send text messages to friends, families, customer support reps, and virtually every other person they may ever need to communicate with using their smartphone. If your social media app doesn’t allow for this, you can rest assured that your audience base will diminish in turn.

Live video is fast becoming another ‘benchmark’ in the race to build the most attractive social media app. Instagram, for example, started the integration of live video broadcasting function into their interface, much like the one already found in Facebook. Live video is now being classified as “authentic” content, media which is delivered in an unfiltered fashion directly from the source, in this case the social media user. Although video quality and content is much less regulated or controlled in this particular paradigm, it provides audiences with a form of engagement that is infinitely more personal and impactful than text alone. With that in mind, it is plain to see why so many social media users are flocking to the live video functions found in today’s leading apps.

On a more ‘experimental’ note, it is also worth mentioning just how excited so many social media app developers, investors and social media companies are about the possibility of integrating Augmented Reality into their apps. Whether or not Augmented Reality becomes a staple in the world of social media app development has yet to be seen, but judging by the continued desire for expanded engagement and interaction with apps by consumers, it stands to reason that this technology should make a considerable impact on the platform in upcoming years.

CORE FEATURES YOUR SOCIAL MEDIA APP MUST HAVE

Before you start expanding into the outer reaches of user engagement and user experience, however, it’s important to develop a seamless app framework which incorporates all of the core features that social media apps are now expected to have. Some of these may seem quite obvious, but it’s those attributes that are most often taken for granted that are most often forgotten. For example, every social media app should provide users with the ability to create and personalize a profile which is uniform enough to ensure a seamless app experience for all users and tailored enough to ensure that users feel that they can stand out from their peers.

Likewise, apps must allow users to quickly and easily search for friends, family, or acquaintances and establish a connection with them. Connectivity remains the core function of all social media, regardless of how many additional ‘bonuses’ find their way into apps, such as video sharing, in-app money transfer, etc. The ability to create groups and organize friends into circles of communication is also an important feature of social media apps. Facebook’s group feature remains one of its most popular, even though this is often in the background of discussions related to mobile app development and the ‘future’ of these platforms.

Security also remains a critical component of social media app development. If users feel that the content they share and store is compromised, it is quite likely that they will switch to a different social media platform. In the rush to expand the functionality of your app, it is important to remember just how fundamental and integral a role user security and privacy is. Neglecting this feature of your social media app will prove to be a costly mistake over time.

If you’ve decided that you’re ready to move forward with social media app development, then you’re likely prepared to explore and develop many of the features and services outlined previously. We highly recommend that you take the time to research all of the social media apps available today, even those which are noticeably less popular than Facebook, in order to determine why users flock to a particular platform over another. With knowledge comes new insight - we wish you the best of luck on your next social media app building endeavour!

Top 7 mobile apps that interrupted the functioning of industry
Why is onboarding the most important part of your app launch strategy?