How effective are these healthcare apps to address user’s ailment? 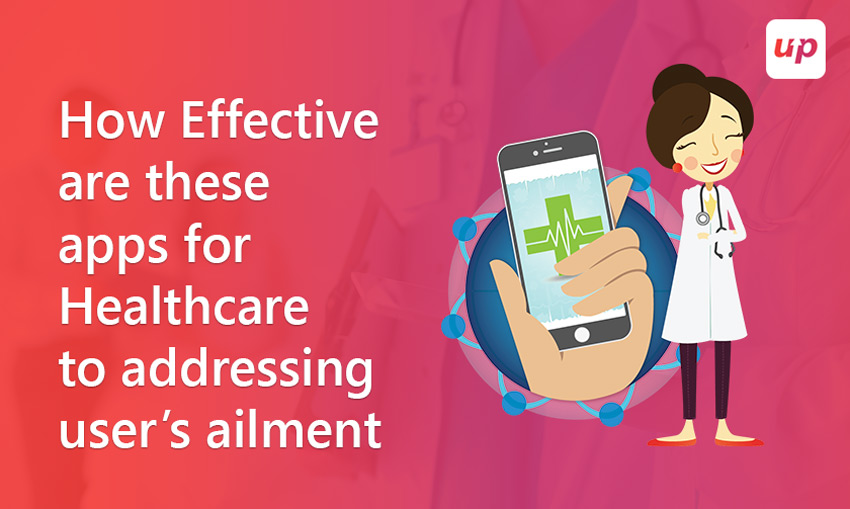 Health conscious smartphone users have at least one or two fitness apps for Android installed and few other seniors download mHealth applications pertaining to measuring their blood sugar or pressure levels. Mobile application development companies continue to seek out sectors to penetrate with their supportive applications and healthcare sector has not been out of the radar. But the question is how far such applications prove effective in relieving users of their ailments? Few mobile app developers claim to address the emergency situation, but can they actually replace the physical care of a physician or a nurse?

Before we get deeper into the debate, let’s get a glimpse of what the market statistics have to reveal about these apps:

The above stat figures point out to a promising sector for the mobile app developers to continue exploring the sector. They are more interested in gaining profit rather than verifying if health apps can actually cause serious crisis among users. Even the users are equally responsible and few of them blindly follow the results as displayed in the application without even considering to double check or verify the authenticity of the same.

Hence all that we get to witness is that these health applications are getting more and more incorporated into different medical fields apart from their mere usage in fitness apps, few of which have proved ineffective, a recent study made by researchers at the University Of Pittsburgh Medical Center, showed that in 2013, the app accuracy to detect melanoma was very low.

Despite the absence of the relevant diagnosis, instantaneous access and fast remedy to any kind of issues have proved to be few of the deciding factors contributed to the growing popularity of such applications, yet the lack of few basic guidelines have made these apps actually dangerous. Hence, we have come down to the debate of how trustful are health apps.

There are few mobile app developers that concentrate on designing apps and cater to educate users, but how effective are they? There is no evidence to guarantee their authenticity as they are not subjected to any sort of validation and must not be considered as a substitute for medical advice. But mobile users have tremendous faith in them. They either prefer googling out the symptoms that they are ailing with or resort to these mobile app guidelines rather than taking the pain to travel to a health center.

One of the major issues has been contributed by the lack of validated medical input into such applications since any amateur can design an app. Also, few health applications take home delivering medicines provided the orders are placed with reference to proper doctor prescriptions. Then the again absence of any stringent regulatory body to exert proper measures against it has resulted in magnifying the issue of unprescribed applications getting sold to unaware users.

Pretty similar to the above-mentioned point, a mobile application developer needs not be a medical professional or source medical insights from any doctors or persons carrying similar knowledge to design the application. Whenever a client avails the service of a dedicated mobile app developer hired for the specific purpose, the main task of such person is to design an application in compliance with the pre-decided company's guidelines. As far as the content is concerned, it is mostly copy pasted and lacks the proper process to validate for medical accuracy before releasing it for general usage.

At times, health applications can push users to a point of extreme paranoia. They indulge in the daily reference of any symptoms suffered by them with that of the content of the medical application. Lack of basic know-how will only contribute to the users reading the graphs incorrectly and consuming the referred medication without even consulting an authorized person.

These apps do have few positive points as well. Health applications offer a portal triggering better communication between the doctor and patient. Patients can redirect diagnosed results from the blood pressure app automatically to the doctor concerned without taking the pain to gain the appointment and pay a physical visit to the doctor’s chamber.

Apple’s HealthKit aptly exemplifies how gradually the healthcare applications are revolutionizing the medical world. Future is getting digitized and we are likely to witness more applications contributing to cater more tasks on a digital platform smoothly, at the same time, offering authentic results, reliable and foolproof.

Despite promising factors, the applications need to cover a long distance. Until and unless there is a solid regulatory body confirming the accuracy of the contents of the healthcare apps in the market, there will be questions raised time and again pertaining to their effectiveness and authenticity.

More so, stringent measures must be adopted or else more users will end up taking wrong medication based on unauthorized diagnosis resulting in damaging health issues among the medical app users. Before hiring a health mobile application developer, it is always better to validate the contents to be fed into the application to avert any discomforting occurrences.

Yet the increased downloads of healthcare mobile applications, the providers and researchers are positive about a better and improved digital future for health apps. Opinions are varied and depend entirely on how the users use them.

How Apps Are Transforming Healthcare Domain

How the Mobile Healthcare App Monitor Patients efficiently without staying at Hospitals?

Unlock The Potential Of Healthcare Industry With Technology

IoT Usage Might Trigger Gallops in the Healthcare Industry

What Shall the upcoming version of Food Apps Incorporate

So How Remote Patient Monitoring is becoming A Standard of Healthcare?
Create project