GPS vs Beacons vs NFC in location-based apps

Mobile apps have certainly satisfied people’s responses to topography, climate, soil and vegetation. According to the famous quotation by John F. Kennedy:

Mobile technology has broken down immaterial that proved hindrance in the past with the ultimate motive of staying connected irrespective to the determination of the place.

Location based mobile apps have taken the discovery to a larger extent which was inconceivable a few years ago. Unlike the usual map, location-based apps are efficient enough to suggest something beyond the route from Point A to Point B. The mobile app development company Fluper knows they can nail all the curious places and can help to give a response to the most frequent questions.

Location-based services are used beyond locate navigation. They can be used to locate persons, track vehicle movement, logistics as well as inventory management. Although companies are realising the importance of mobile apps with location-based features, if you are looking to develop an innovative location based mobile app, then you need to ensure at what scenario they work best to create a top notch mobile app development product. Check here some technologies that will help develop a location-based mobile app. 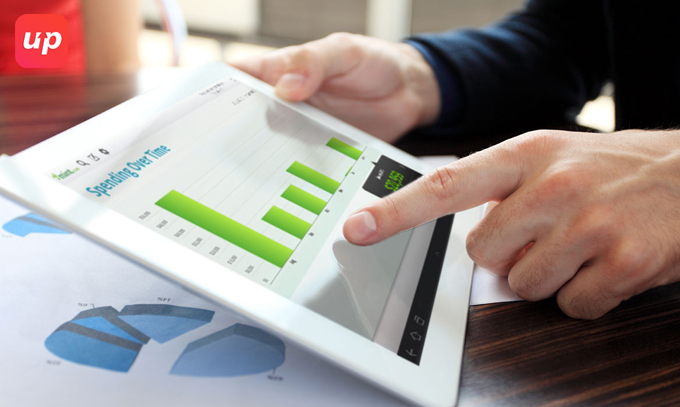 As far as GPS enabled mobile devices as well as downloadable applications are concerned, location-based apps are quite easy to deploy. In order to enhance search capabilities it can be considered sufficient to upsurge the business. It springs up the problem that a smartphone can easily ascertain its position with the help of built-in GPS transceiver. The mobile app doesn’t need the synchronisation of the carrier in order to offer contending services, some of which are free of cost.

Although GPS Navigation System is regarded as a part of the automatic controls or third party add-ons in order to find the direction in an automobile, there are innumerable tracking devices that are available today in order to cater different requirements. GPS specialists work with the businesses to provide tracking systems which is customised yet for the specific requirements of the particular express.

Advantages of developing a mobile app with GPS

Disadvantages of developing a mobile app with GPS

A special offer can be simply transmitted by banks via ATM machines, promotional quests for the customers can be created by the chain stores, and messaging in order to drive foot traffic to location.

To draw the customers into their brick and mortar locations in order to enhance new technology, many retailers are in favour of in-store experience. According to Business Insider, it is estimated that Beacon would generate approximately $40 billion as far as retail sales are concerned in 2017, and the figures are even expected to grow further.

Beacons are small and often considered to be inexpensive devices that end up with more accurate location within a narrow range as compared to GPS, Wi-Fi proximity as well as cell tower triangulation. A Beacon is capable enough to transmit small amounts of data through Bluetooth technology and as a result, it is more often utilised as far as indoor location technology is concerned, but can be utilised outside as well.

Beacons work like a tandem bicycle in order to trigger action based on rules or particular messages. For instance when a car is within a particular distance, it triggers with a push notification with the help of a Beacon.

Advantages of developing a mobile app with Beacons

Disadvantages of developing a mobile app with Beacons

Beacons consume less battery compared to GPS or Wi-Fi. Although customers have to switch on Bluetooth and there must be stickers pasted around the store in case they are looking for some special offers.

NFC stands for Near Field Communication which enables short range communication with the compatible devices which look for at least one transmitting device and another to receive the signal. Some devices can use the NFC standard and can be regarded as either passive or active which depends on the working of the device. Active devices are capable to receive as well as send data but can also establish communication with each other, even with passive devices.

Advantages of developing a mobile app with NFC

Disadvantages of developing a mobile app with NFC

In order to prove the identity to a room service worker, a guest can simply touch an NFC where the personal data will be transmitted to the desktop of hotel employee. Customer can avail special offers as far as other businesses are concerned while checking-in NFC, a guest can receive discount coupons for a purchase in a museum or a local partner shop.

Which location-based technology will be well accommodated in your business?

It is still ambiguous. The decision must be taken by considering the advantages, disadvantages, use cases and various other factors that can influence mobile app technology. Although in various cases, the optimal solution can be considered as the combination of techniques.

As far as cost of mobile app development is concerned, it is relied upon the mobile platform choice as well as the functionalities to be added. Hire a proficient mobile app development company like Fluper to develop the most path-breaking mobile app in order to explore new horizons, earn a good reputation reckoned by financial stability.