AppFutura
Published on May 07, 2014 in App Development

The future of apps is not just in smartphones and tablets: mobile developers will also focus on a wide range of platforms in the upcoming years, such as phablets, wearables and the Internet of Things.

Phablets: the shift to bigger screens

Phablets are already increasing their sales: these devices are a hybrid, combining the functions of a smartphone and a tablet. Basically, the main difference between a phablet and a smartphone lays in the size of their screens: phablets’ screens usually measure 5 to 6,9 inches, making them more comfortable than a smartphone for web browsing and multimedia viewing, but not as big as tablets. Apps for these devices will include a stylus to create sketching, note-taking and annotations.

Forbes magazine noted that most clothing cannot hold a typical tablet, but it could well adapt to accommodate phablets. In addition, their bigger dimensions also allow including a bigger battery, which lasts longer.

Phablets were originally designed for Asia and other emerging markets where consumers could not afford both a smartphone and a tablet, but they have finally become successful in North America and other developed countries as well. Users definitely prefer larger screens because they are consuming more visual content, and using them less for voice calls. A 2013 analysis reports that increasing screen power efficiency, increasing battery life and the evolving importance of multimedia viewing were some of the main reasons to explain the popularity of phablets.

25.6 million phablets were sold in 2012 and it is estimated that these sales will grow to 146 million by 2016. This success is driven by a shift in consumer habits, as users turn to devices with larger screens but which are more portable than tablets and can also be used to make phone calls. The Asia-Pacific (with major markets like Japan and South Korea) will remain the world's biggest market for phablets; last year, the region absorbed 42% of global shipments, a proportion that will expand over the next few years to account for over 50 percent of shipments by 2017, according to ABI figures. As countries like China, India and Malaysia roll out 4G networks, they will also demand for larger screen devices. 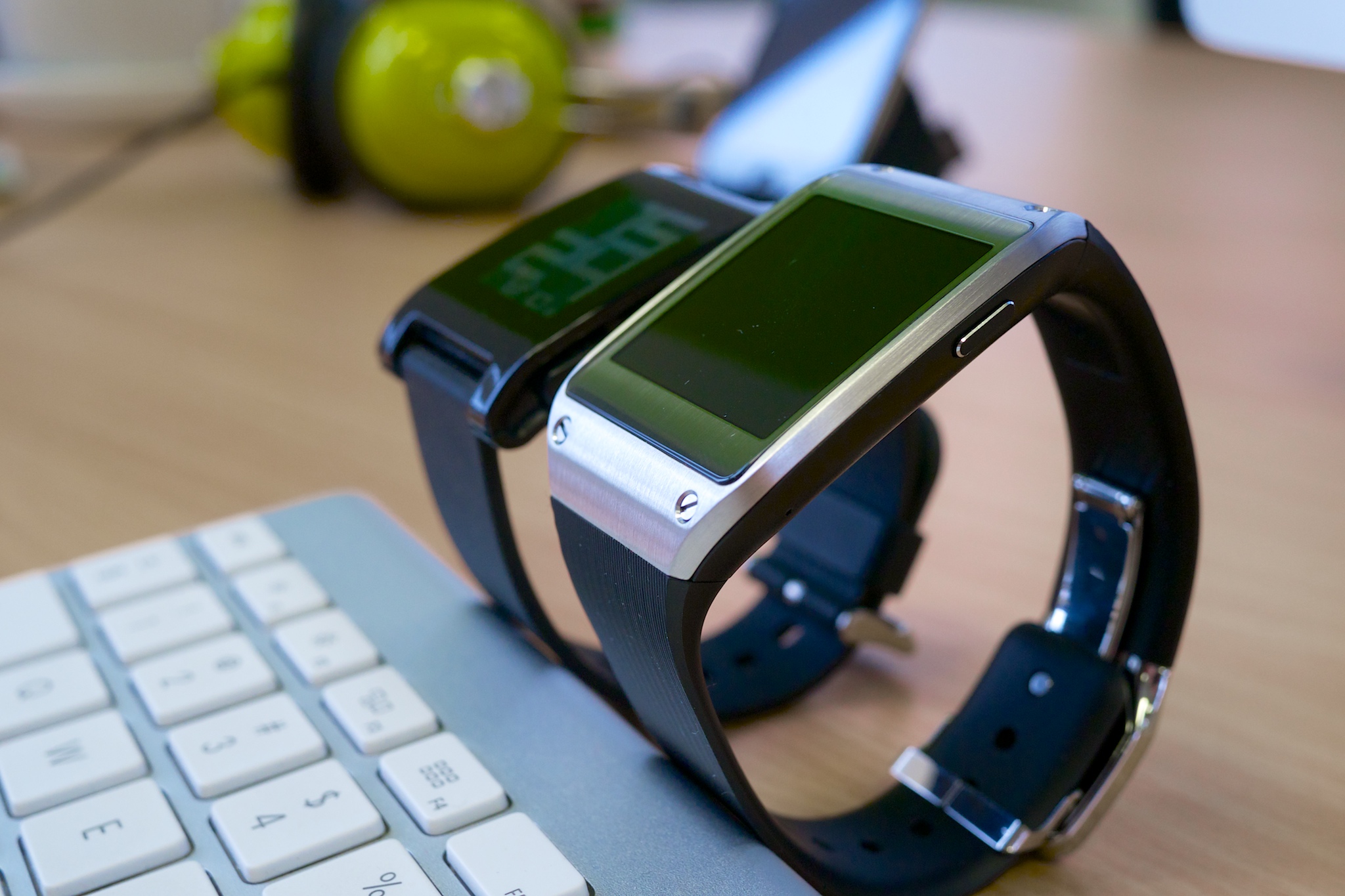 Wearables are gradually proliferating, and also will the ways of interacting with them. These are the kind of devices that users can wear as a part of their clothes or complements, such as glasses, smartwatches, armbands or rings.

Apps for sport armbands will provide the users information about their health at every moment, for instance. But for now, the most famous of these wearables is Google Glass. These glasses are commanded by voice and include a camera, so they have the ability to send and receive information without any wires, and leaving both hands free. Some developers, as Droiders, are already focused on creating apps for Google Glass, with a prioritization of 50% of their efforts. Some of the apps that can be successful in these devices are tourist guides which will guide the users through the streets, showing them interesting places. Developers are also working on apps to improve the medical world: these apps will let the doctors get wireless directions from other specialists; other apps will let technicians provide remote guidelines to other workers. But probably the most interesting field of action are the apps that will help the visually and hearing impaired. These apps will be able to listen to conversations and turn them into text in the glasses, or reading texts.

The market of wearables is increasingly growing, and reports expect these devices to rise threefold this year, selling more than 19 million units worldwide. This growing comes because big labels are getting more and more interested in this emerging market. Accessories like Nike+ FuelBand, Jawbone UP or Fitbit will presumably lead this market until 2018, because users buy them for their simplicity and competitive prices.

The Internet of Things

The Internet of Things (IoT) refers to uniquely identifiable objects and their virtual representations in an internet-like structure. It is the network of physical objects that contain embedded technology to communicate and sense or interact with their internal state or the external environment. Their applications will mainly be based on detecting users behaviours and thus improve their experience. According to Gartner, there will be around 26 billion devices on the IoT by 2020, and more than 30 billion devices will be wirelessly connected to the IoT, ABI Research reveals.

Reports predict that by 2020, the Internet of Things will be more than a 300$ market opportunity. More objects are becoming embedded with sensors and gaining the ability to communicate, and the resulting information networks will create new business models. Its apps will be focused on tracking behaviour, monitoring users interactions (like providing additional information or offering discounts at the point of sale), and sensors. Sensors installed in infrastructures, as roads or buildings, will be able to report on environmental conditions. This could help on automated agriculture, for example, with apps which can measure the daily growing of fruits and detect when it is going to rain and irrigate just when necessary. With the real-time monitorizations of the fruits, farmers can apply the best conditions for the plants’ growing, and manage them remotely.

Smartphones will for now remain the main target for app developers

Phablets are quickly proliferating, and while the future of wearables is optimistic, studies say that they won’t sell millions of units until 2016. The number of mobile developers that create apps for these devices (wearables, automotive applications, TVs, the Internet of Things…) is just at 5% mindshare level right now.

So, despite the new platforms, reports reveal that smartphones will remain the primary target for app developers in the foreseeable future.