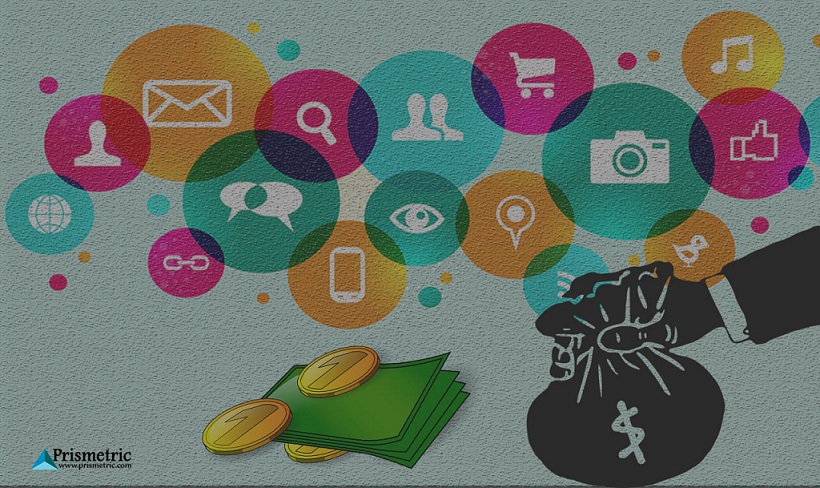 When Apple arrived on the scene in 2007 with its first smartphone it cordially changed the definition of mobile phones all-around the world. Apart from changing the world of smartphones, Apple was equally successful with their stringent and highly reliable App Store platform. Android has also seen a burst of mobile apps that render the most optimum services to the customers.

Since then there has been no looking back for mobile apps as they outpaced PC’s and laptops, and they've also been one of the main venture for revenue growth for a company. Researches also show that the revenue rate of mobile app advertising is 73% higher as compared to PC advertising.

Comprehensive app development has made the organizations to use mobile app marketing on a very large scale to reach the highest number of people as possible. Apps have become a household name and this has lead to a major expansion in their categories as well. At the time of inception, the App Store had only two kinds of apps i.e. either paid or free. But, according to recent trends, a new term known as Freemium apps has made serious inroads and has overtaken every other kind of apps in terms of space sharing on the app store and revenue. Let's see what the mobile app development company Prismetric has to say about Freemium apps.

Freemium apps have come out as the most sought after kind of mobile apps, and the mobile app developers prefer them to free or paid apps. The sole reason: Freemium apps give them more downloads and revenue compared to the other two. Moreover, users or consumers don’t prefer paid apps as they demand money right from the start without showing any demo and there is no option to refund the money spent if the app is not worth the money.

While in freemium apps, consumers can get a better insight about the mobile app and then decide whether to pay for the extended features or not. Therefore, let’s get into the scheme of things and understand why Freemium apps are the favorite candy for the developers.

The basic case of a Freemium app model allows the user to pay nothing to download the app from the app store. Instead, users are offered optional in-app purchases to rejuvenate app monetization. The in-app purchases will be for premium features, additional content or buying some digital goods.

Authentic app development has made mobile app developers to deploy various kinds of techniques and use the Freemium apps according to their usage. Apart from generating top revenue, Freemium apps can make mobile app marketing more authoritative, distinct and immensely valiant.

Freemium mobile apps have been ruling the roots and a study from AppAnnie has shown some staggering facts related to app store optimization (ASO) and mobile app marketing through these apps. According to the report, 83% of the apps have roped in the Freemium optimization model to give a boost to their app revenues. Also, the app monetization is getting a huge boost as almost 92% of the apps that generate revenue are Freemium apps.

Freemium apps are becoming a fantastic app monetization as it gives mobile app developers to crop out the maximum amount of money that could give the process of app development and mobile app marketing a huge boost. Moreover, it has different categories such as apps with subscriptions, apps with premium upgrades and apps with consumable goods, so that a wide range of audiences can be reached and increase the money inflow process aesthetically.

Switching to Freemium: a sure guarantee for success

There have been many incidences where apps that were previously paid or absolutely free have switched to Freemium apps and have generated spellbound mobile app marketing and app revenue. The foremost example is Pokémon Go, which was earlier launched as a free model and gained a huge amount of success by becoming the most downloaded game on the planet. The Freemium model helped Pokémon Go to grow by leaps and bounces and earn more profit and revenue for the mobile app development companies. FIFA 13 was a major success as a free app, but FIFA 14 gained a much higher success as a Freemium model.

Mobile app marketing here plays a vital role as it helps Freemium apps to reach a large number of audiences and use its functionalities. Freemium apps provide an apt amount of free facilities that would make the user sure enough to buy the additional things inside the app if needed. In addition to this, these apps render services that are helpful for the user in the long run and add fuel to a greater customer engagement and retention.

Since the in-app purchases got their first major exposure in 2009, the mobile app development process has been made more competent by mobile app developers in order to generate more revenues from users. While making an app absolutely free can generate more downloads, the Freemium version of the game or mobile app achieves a greater importance with the additional features and specification that could make the app more eye catchy and hence get more attention. Mobile app development companies previously believed that paid apps were their best chance to generate more revenue, but the advent of Freemium apps have proved them wrong as it holds the revenue share of the app store 9 out of 10 times.

The main profit or app monetization the mobile app developers can get from Freemium apps is that they don’t have to hook each of their users; they only need to attract a small portion and make them their diehard fans.

Their enhanced facilities and amazing graphics can make the user addicted to them and it’s enough to make a profit.

Unlike the general regard, Freemium apps can engage both paying and non-paying users regardless of their preferences. The path to app monetization is through engagement and we all know that if the users enjoy the app, they will not be reluctant to pay for the extra features.

The app development process of the Freemium apps can give an open experience to users, can develop trust and by demonstrating the value, mobile app development companies can ask money for the other robust features.

Both mobile app marketers and mobile app developers focus on customer satisfaction and Freemium apps are more than capable of doing this and, in addition, can provide a better user engagement. Moreover, with their wider user base, they can help the businesses expand themselves and unearth the hidden possibilities and reach the oblivion. With all the mega stars of mobile app development using this technique, in the near future the majority of mobile apps will be made as a Freemium model.

Ashish Parmar is the CEO of Prismetric Technologies Pvt. Ltd, a top-rated Mobile App Development Company. Ashish believes in making customer satisfaction as the top most priority and takes care of the Business Development and Operations.

User acquisition, an infographic and a survey for developers
Smart tips to consider before starting a mobile app business