Flutter Vs. React Native: Who Will Win the Race? 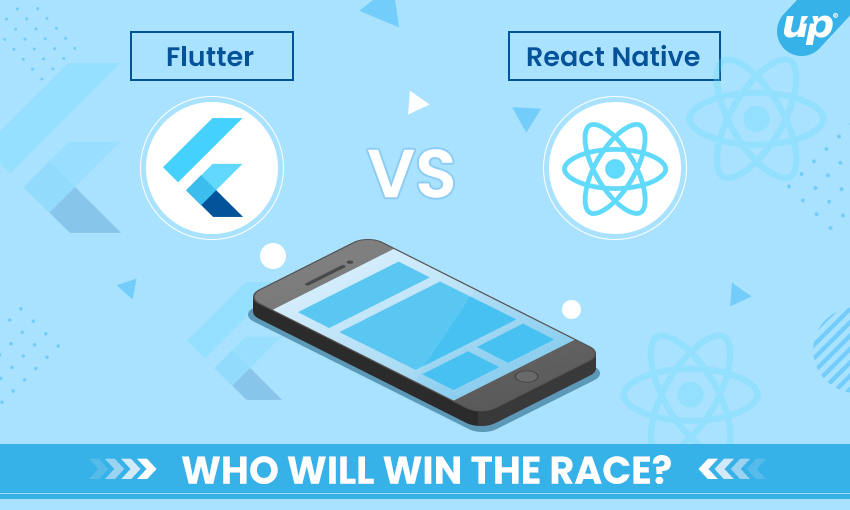 React Native or Flutter? What to choose and how? If you are in the same dilemma, all your confusion is going to be resolved after reading this article.

Cross-platform app development has been an annoying task for mobile app developers. On the other hand, hybrid apps allow them to build applications with a similar code that runs seamlessly on all platforms. What makes all these things possible are the frameworks available in the market? Here comes the much talked about frameworks, Flutter from Google, and React Native from Facebook.

React Native; a js framework is used for creating native mobile apps. It utilizes the react framework and delivers a huge amount of inbuilt components and APIs. With React Native, you don’t design web, hybrid, or HTML5 app. Instead, you build a real mobile app, which is not identical to an app, built with Java or Objective-C. React Native uses the fundamental UI building block similar to iOS and Android apps.

Whereas, Flutter enables the developers to build apps for Android, as well as iOS, simultaneously, while using the same code. You must be thinking that it is a giant leap for Flutter. However, there is still a long journey; it has to cover for catching up with React Native.

In the following write-up, I am going to tell you about the differences between flutter and native. Have a look at this table.

Now, let’s compare both the platforms on the basis of performance, time, and stability.

Note: Are you looking for a reliable Flutter App Development Partner?

This is an insight based on Flutter vs. React Native performance to find out which one is better.

Things in which Flutter is better

Things in which React Native is better

The app developer always has a shortage of time nowadays. Hence, it becomes a bonus if they go for a framework that provides a shorter development time. React Native is the clear winner in this comparison.

Stability is one of the essential factors while developing a cross-platform app. The competition is very tough in this category. In the beginning, Flutter was lacking behind because it had only its alpha edition. That version was not very appropriate for longer projects. Nevertheless, last month, Google announced the Flutter Beta 2. This offers improved developer tools and asset system. Whereas, React Native was quite stable from the earlier stage. It even enjoys the support of large contributors’ community.

From the overall discussion, it can be estimated that it is difficult to pick the winner. Both Flutter and React Native has their own pros and cons. Being new, Flutter has to cover a long path. On the other hand, React Native has gained an excellent audience since its inception. Therefore, the final choice is only of the developers. They can choose any of the platforms as per their project requirements. If you are looking for native app developer, then Fluper is here to help you out.