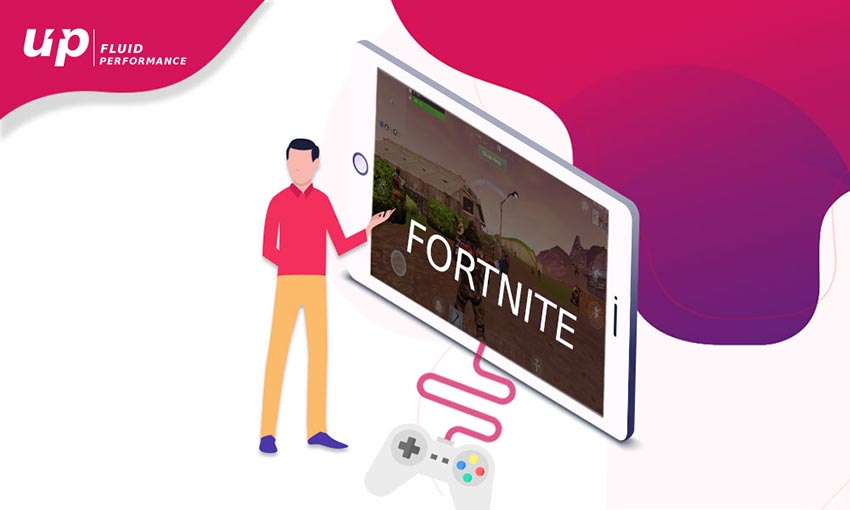 The beta is almost here! An epic battle is about to begin on your Smartphone screens that will take you to the virtual world arena full of ammo and bloodsheds all around. Playing Battle Royale Shooter Fortnite is a dream to live for every gaming freak on the planet earth, but, until now, it was unavailable on Android and iOS platforms and everyone could not experience this madness. However, technology has two great news for you: first is the launch of Samsung Galaxy Note 9, which opened the doors to the introduction of gaming sensation Fortnite in the Smartphone world. If you really wish to hold the trigger in your hand then the page below has everything that will help you know and understand about the mobile version of the extremely popular game.

If you are willing to play its last-man-standing match and win the far cry battle from ten millions of your competitors, then you have to wait for a little. Because it is currently in a Samsung-exclusive beta for a short testing phase and will be available on an extensive list of android Smartphones shortly. Enthusiasts are eagerly waiting for its official launch by the end of the August.

Let’s check out everything about the gaming phenomenon ready to enter the iOS and Android app market.

The very first things you need to know what Fortnite on Android is and how it works.

From identical maps to look-alike weapons, the mobile version of the game has everything that you experienced on gaming consoles and PCs. It also has an updated schedule and gamer-friendly touchscreen features to provide a less fiddly gaming experience.

With a cool and brand new UI, extra building buttons, gunshot indicators, directional sounds and opening doors, this will give you the same vibes as you’re playing it on a 28-inch big screen.

The exact release date is yet to be announced, though the beta phase is already started, which clearly indicates that launch is not really far from gaming lovers. However, sources reported that mobile app developers are still in the final phase of development, which might hit the stores on August 24 and only be available as a Samsung exclusive for a period of 30 days. It will surely be out by 23 September on Android phones.

Therefore, if you are planning to own a Samsung Galaxy Note 9, then you might be from one of the first players to enter the battleground on your Android Smartphone.

Devices that will be Compatible to Play Fortnite on Android

A recent statement by the development team has already confirmed that beta phase is currently running on a number of Samsung Galaxy devices including Tab S3,4, Note 8,9, S8/9, S8+/S9+, S7 and S7 edge and its mobile version will be available on other Android platforms in next few days.

Here we have created a complete list of devices that will be compatible with Fortnite, but remember this list is more likely to expand with its availability on a number of other devices.

Devices on which gamers can play Fortnite without any trouble:

Learn to Install the Game

Even with this much hype and mobile app development, this application might not be available on your Google Play store. On the other hand, iOS users can easily download and experience a thrilling gaming right on their mobile screens. However, you do not have to be upset if you are using an Android device, as you can also download the mobile version of the game from the official Fortnite website.

Fortnite installer is readily available on your browser where you need to download the file and instantly install the 2MB APK, which will later prompt you to make changes accordingly once you open the applications.

The reason for Its Unavailability on Playstore

This is certainly a bold move by the mobile application development company, no launching this extremely popular game on the Google Play store. The company will definitely lose some of their players but this will not change a gamers mind and they can easily take several extra steps to install it on their desired platform.

One of the main reasons behind not launching it on the Google Play store is that Epic does not have to share the profit with Google. If they also make it available on the Android platform then 30% of their profit will go into the bags of Google.

Epic also stated that they want to build direct relationships with every player, which will help both the company and players to grow in their respective areas.

If you closely look at the stats, the game has already passed; the 100 million downloads mark and paid most of their profit shares to the Apple, sidetracking it from Play store may prove as a wise business decision for the makers.

Cross-Play option with Fortnite on Android

Players using Android Smartphones can easily facilitate the cross-play option and enjoy the scenes at the battleground. Game’s android version is compatible with PC, PS4, iOS, and Xbox one that will let you play along with the whole squad. However, this feature will not be available in the initial stage, but they will add this feature later for their global audience.

With such great features and extremely amazing UI, this game has every feature to deliver an unmatched gaming experience to the players. Therefore, if you loved playing it on console or PCs, it is the time to try it on your small screen platforms and shoot your target with an eagle’s eye precision.

Do you know why your apps crash? Here are the reasons
Top app development companies interview: SoftProdigy