Don’t be so Blind on your Blind Date. Try Virtual Reality Dating Apps 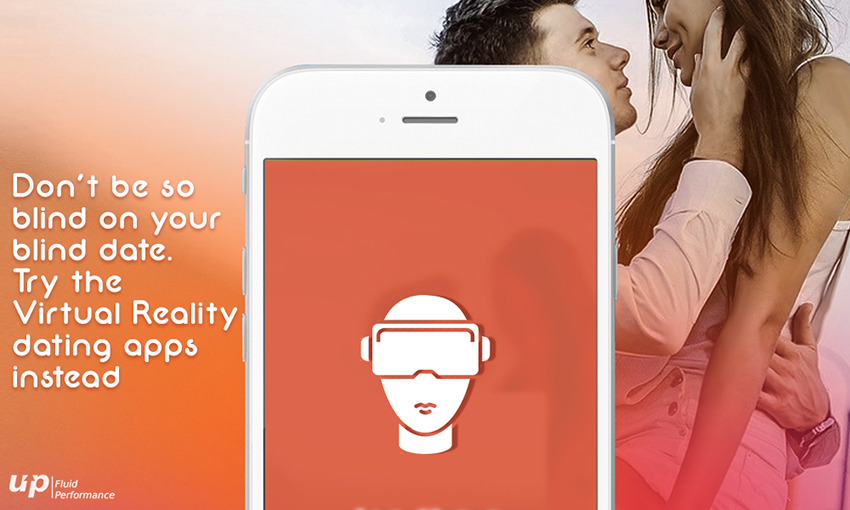 Blind dates? The hidden anticipation, thumping heartbeats, and fluttering butterflies in the stomach. These feelings are unlimited and if they are greeted back, it becomes the extra icing on the cake. Today’s youth is more open to the whole concept of courtship and dating courtesy to the endless Tinder-like dating applications. The far-reaching effect of mobile technology felt at every point of our lives, in turn, has become the virtual world for virtual couples. Best dating app development companies have a vast market to explore since people simply love to fall in love- not once, not twice, but many times. Altered relationship goals and countless options have turned today’s youth into highly frivolous human beings. They are always looking out for options. And this is what makes these social media sites and dating apps the choicest hunting ground for the youth.

Technology also played its role and continues to add more features, create attractive applications for the tech-savvy youth. Applications such as Truly Madly, Tinder, Happn, Badoo, and others were just ordinary mediums to bring two strangers closer to each other. Testing compatibility was only based on what they said. However, mobile app development companies realized that customers want more. So, Virtual and Augmented Reality was introduced, resulting in newer and technically more advanced dating sites for the newer generations.

The first of its kind, ‘FlirtAR’ is an augmented reality dating mobile application, which lies somewhere in between Tinder and Pokemon Go. This particular application is available for both Android as well as iOS users. Some of the features such as the ‘Sign-up’ process are very similar. But the usual practice of ‘swiping right or left’ profiles is entirely taken over by the Augmented Reality function. The application opens up either at a concert, at a bar or on the train to work. The world you are familiar with is projected through your phone. If you see a balloon with a prospective partner’s face on it, you just need to click on it to expand their profile. Make the first move by clicking the ‘like’ button. If they happen to ‘like’ you back, you are good to go. You can begin the interaction process via the app or actually meet them if they are close by. The algorithm for scanning suitable partners works similarly to ‘Happn', which scans for the match using your location and hooks you up with others whose paths you cross every day. Have you tried Pokemon Go? Here, you catch dates instead of Pokemon.

As the name suggests, this mobile app development company created a Virtual Platform to allow users to start a conversation with anyone from anywhere around the world and visualize them as if they were in the same room as you. VrChat is a simple and intuitive virtual chat space that features a great virtual environment to interact face-to-face even if it is not actually real. Also, players can create their own avatar, opt for a specific room or design one for their own friends' circle. You can have either a romantic blind date or hang out with your usual gang in the virtual space.

Virtual dating is an extremely new concept but players are quickly adopting it, so Facebook launched a show: ‘Virtually Dating', that makes use of the HTC VIVE VR Technology. It renders quite an interesting yet weird experience where users physically occupy the same space yet interact only through Virtual Reality technology.

There is also an application especifically designed to offer dating lessons to the unfortunate few. HTC VIVE offers ‘Immersive Dating Lessons’, to coach players on some techniques such as teaching body languages, how to behave in a date, and communication skills to win the blind date over. The entire lesson takes place in the virtual space.

This is a free dating application that was born out of Tinder when unveiling the VR dating headset at the International Consumer Electronic Show. The virtual space for dating takes the couple to flamboyant locations like virtual comedy clubs, co-gaming experiences and art galleries.

Virtual Reality for dating is very much ‘in' and users are adopting it fast having been disillusioned with the ‘swipe right' technique of dating apps like Tinder. The key selling points can be:

The Virtual and Augmented Reality space used in hookup apps bridges the gap between prospective couples, and allows singles from across the world to have intimate dating experiences without leaving their houses. Fear of rejection on face value often becomes a cause of trauma for many singles. The avoidance of traumatic or embarrassing situations is easier when interacting in a virtual space first.

The physical presence may not be replaced but the entire concept promises a better technology for the future. Young couples hope VR technology may eventually succeed in transmitting physical sensations like hugs, kisses, and handholding, in the virtual space.

Dating app development companies for Android and iOS usually have the entire Valentine week to try to maximize profits, especially from singles. Yet, Valentine or no Valentine, dating mobile applications are always considered a source of entertainment and a platform to connect with new people. The statistical figures are evidence to prove their rising popularity.

The above figures look promising for mobile app development companies aspiring to build dating apps. More and more customers are approaching such platforms to hook up and have fun. They are willing to take the plunge, explore, and find love as well as companionship even if it is not Valentine's month. Now, it is up to the app owners, marketers and hired dating app developers to design engaging app content that deepens customer relationship and drives conversion. The mentioned apps are technically more advanced and creative enough to draw users over and over again. More so, going out on a blind date will not be so blind if the hook up is initiated at one of the tech-savvy AR/VR dating sites.

So what are you waiting for?

Flutter: A Cutting-edge Technology that Will Transform the Way We Develop Apps
How to Retain App Users: Proven Strategies to Engage