Do you know pivoting can make or break your mobile app?

Mobile apps face a huge competition and 80 to 90% mobile apps are deleted by the users. Thus the number of downloads is not a success indicator for mobile apps. Did you know that only a handful of apps are able to cross 1 Million in revenue? You may wonder how different are the apps that succeed despite the intensive competition. The answer to your question is pivot.

WHAT DOES IT MEAN TO PIVOT?

Did you know that the majority of mobile apps that have succeeded evolved to be something drastically different than the original app idea the founder had? Persistence and determination play an important role in mobile app success but that is not equivalent to arrogance or stubbornness. App owners need to listen to customers, investors, mentors, advisers and adapt quickly. They need to be proud of the app idea but also accept it if it’s not working and bring in the change required to make it successful. Pivoting is common in mobile app startups where the business model shifts its focus to something new in order to pursue bigger growth opportunities. If you look at the history of most successful mobile apps, you will not even recognize their original app version after pivoting.

The strategy to make the vision a reality is the secret of business success and the same applies to any mobile app. The structure of experimentation combined with faster iterations and pivoting is the foundation of modern innovation. If you look at the history of successful apps, you can see they took advantage of everything they had built but that did not stop them from reinventing their main concept. There are varied ways of pivoting which includes reinventing your app based on feedback from your customers. Let’s take a look at the three main types of pivot.

You should try to get early feedback from the beta testers or early adopters to know whether the app is able to solve the problem it is intended to. The early feedback you receive will also tell whether the problem is worth solving as you will be interacting with your target audience for the first time. The customer problem pivot lets you know whether the app will have many takers after it is launched or you need to focus on solving other problems mentioned in the customer feedback.

To get the analysis right, you need to have an ear to customer feedback and try to analyze the common problems they are facing. You need to be careful when considering feedback analysis. There are two types of feedback- one from the users who have used your app and forwarded complaints and recommendations., and the second type of user who has not used your app but may use the app and has forwarded you some feedback.

One of the finest examples of customer problem pivoting was related to Springpad, a note-taking app. The app allowed the user to create different types of lists and get organized. But when they released a public beta version, the customer feedback revealed the user had found out an easier way to capture information using the app so the focus of the app got shifted. Another example was that of Starbucks app which was first designed to sell espresso and coffee beans. Based on the customer feedback, the company entered the business of brewing drinks and the rest is history.

One of the finest examples of customer segment pivot is Snapchat. The app developers were struggling to add new users as it was targeted towards a general audience. However, the app became popular in college students and went viral. The app founders were able to identify a new customer segment that they had never thought of. 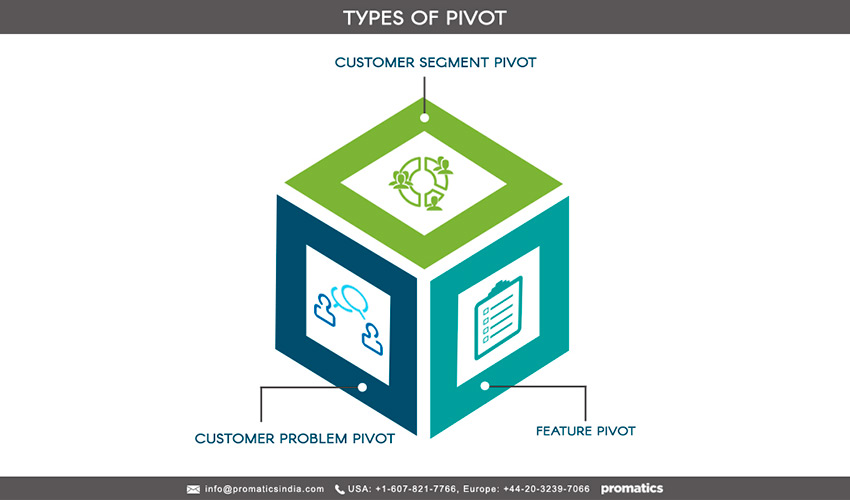 When you build a mobile app, it is more likely to have many features which might be related to the problem you are trying to solve. When you release the beta version to the public to test and gather feedback, you might come to know the end user needs fewer features but refined ones. You need to consider the customer feedback and create a list of features that are the most wanted by the end-users. Based on their recommendations, you need to reorient your mobile app with the popular features and drop some features that you wanted in the mobile app.

One of the finest examples of feature pivoting is Burbn app that allowed you to check locations, make holiday plans, and earn points for sharing and posting pictures and hanging out with friends. When the app was created for iPhone, the founder felt the app was cluttered with more features and finally decide to trim some features. They focused on sharing photos through the app and the Burbn was trimmed down to minimal features and only photo posting and sharing feature and commenting was kept in the newly designed app. The result was Instagram, one of the most popular apps for posting photos.

Here is a list of 3 popular apps that were successful after pivoting.

It started as an app named Tote, a mobile shopping app that allowed the user to browse and shop from their favorite retailers and also share the products with family and friends. The app adoption was low as the mobile commerce had not taken off yet. The app creators soon realized the users of the app were interested in building lists of their favorite items and sharing them with their friends. This trend spawned the idea of Pinterest. Though the app is not a dedicated mobile shopping site, its revenue model is now becoming like the app developers had earlier thought of. 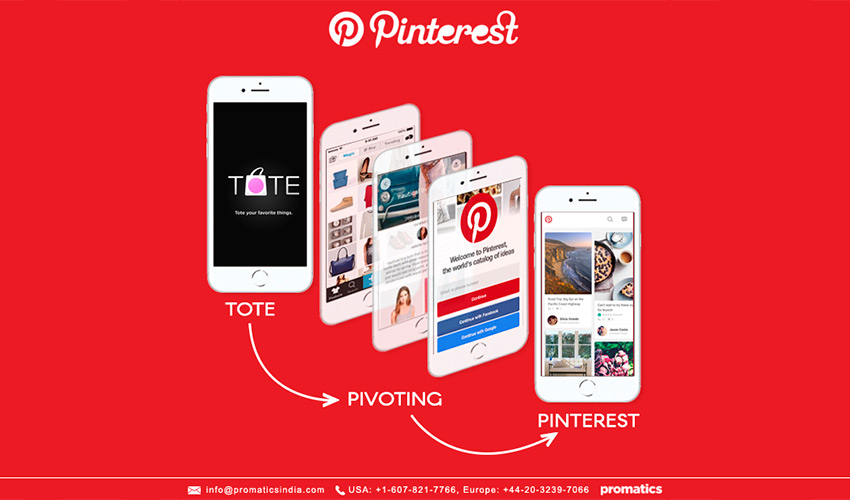 Did you know YouTube started as a dating site? You will be surprised to know it did not offer tools to upload and share videos in the early days though it showed random videos. The users of the site were not even uploading videos so the app developers uploaded some videos and populated them under their name. This trend caught up and users started saving and sharing videos of their holidays, pets, and families. Today, YouTube is one of the favorite video sharing apps that need no introduction.

The journey of Twitter started as Odeo, a network where people could share podcasts and audio content. Soon Apple entered the podcasts business and the Odeo founders soon realized they will not be able to compete against Apple Inc. They decided to pivot and asked their employees to come up with new ideas. The majority of stakeholders and other people liked the idea of micro-blogging and the success journey of Twitter started after pivot.

You might have heard the phrase “Don’t be afraid to change as the only thing that is constant is change”. So app startup owners need not be afraid of pivoting as the mobile app industry is doing it all the time. Pivot can help you find better business opportunities though they will be accompanied by more uncertainty and hard work. If you see the mobile app is failing and think it is not the right time to quit, it is the right time to pivot and continue the journey. Do the pivot properly and go for it.

As mentioned above, the majority of popular apps in their category have only reached the top position after pivoting. Pivot is a part of the modern business model and if you have not considered this option in your business plan, it is like you bringing a knife to win a modern battle which is not possible. There are three steps to success. A mobile app development company like Promatics can help you release the initial idea to the public, pivot based on feedback.