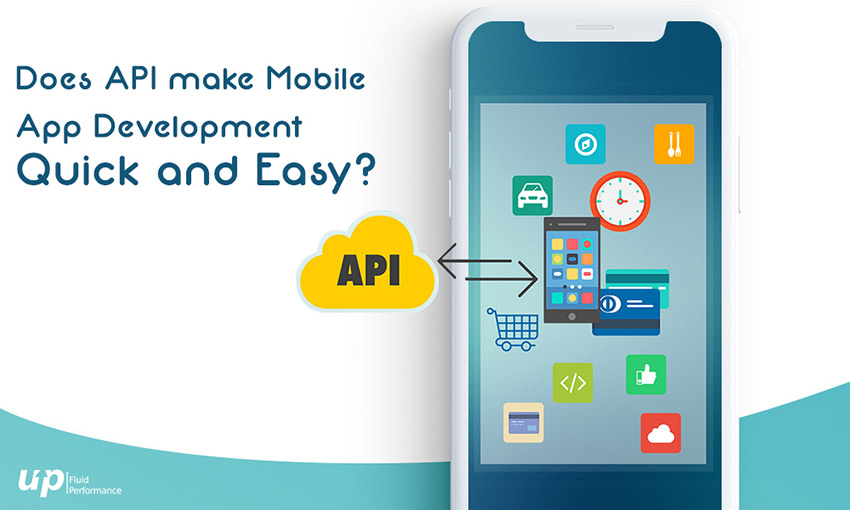 It is always nice to be aware of things around us or devices that we have been using. The curiosity to know how things are done should never die, as technology is rapidly changing without giving you enough time to learn how the previous one actually worked.

Let’s break the myth that there’s always new stuff in technology. Because honestly, there is nothing new in the business, everything is based on research, which means someone had already written the concept back in ancient times, and such is the case of APIs. It’s not something new, but is much faster and advanced.

An API (Application Programming Interface) is a set of routines to share assets between two apps. The application is a software attribute which takes a problem as an input, processes it over the algorithm written in the application, and provides an output as the solution. Programming is referred to the process of writing in computer languages depending upon the platform and which enables the app to allow the access of data from another app, database or software. Interface means the user interface, which allows the user to access different features of the app such as logging in, making a selection, and paying in just three clicks.

For example, if an e-commerce app development company has to develop a shopping app for their customer, and the customer wants a login-based app, with ads being displayed on shopping media, users being able to share the link of product, and different payment gateways, then it’s a hell of a job for a mobile app developer to come up with complex multiple objective codes and it may take a fortune for him to get ready with the clients complete project.

Let us put the definition this way: an API is a carrier of service from an expert to a distributor who wants to provide their customers with added advantages. In the context of iOS or Android app development, an app with particular features needs to generate revenue so it will access the API of payment processing apps. Some of the most widely used APIs are the following:

How does an app let you use Google Maps without exiting? Well, that's possible with the help of a JavaScript or flash interface. In addition, the Google Maps API can be used for both mobile devices and desktop.

The API provided by Amazon is used by the apps to showcase a product ad in their app, which allows apps and websites to monetize. 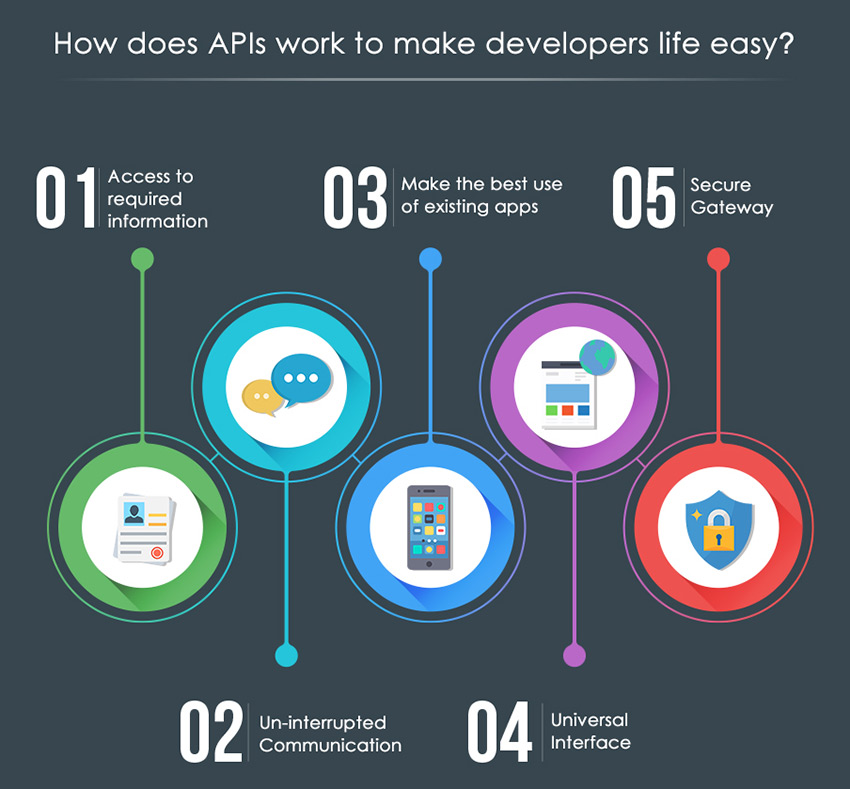 APIs have given mobile app development companies the chance to concentrate on the app idea and not get stuck in the mobile app details, such as login and payments. With the help of APIs, the developer can use the experts’ knowledge in logging in and payment and focus on developing the application by an Android or iOS app developer.

APIs enable one application to communicate with another without any interruption which makes an app work smoothly on different platforms such as wearables, web and mobile.

Make the best use of existing apps

The applicants who have already established itself as big businesses with a huge user database can easily provide details of the user behavior so that developers try to use their APIs.

APIs interact in a similar way for all devices, no matter the OS. That makes it a universal interface and there is no misunderstanding while accessing the data from the third party server.

Security is a big concern when you let other apps access the data of your company. For that, there are API release policies such as:

Private: The APIs are used for internal use only i.e within the company

Partner: The APIs which are used by third parties to generate revenue and to exercise quality control such as ride-sharing apps

Public: The Public APIs are open to being used by any mobile app developer to develop apps. For example, Apple has APIs Carbon and Microsoft has Microsoft Windows

The use of APIs has pushed mobile app development companies to stretch the market with all sorts of innovative apps for their clients. The distribution of technology in different fields and locations has been possible due to the sharing of required information from one server to another so as to come up with mobile app-based services for their clients.