AppFutura
Published on Dec 25, 2017 in Internet of Things Developers Resources 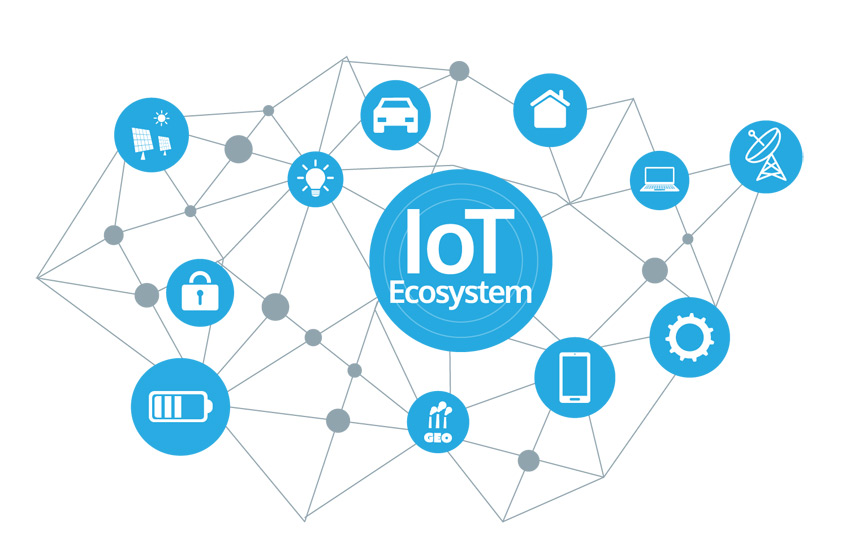 People now don’t only have the means to connect to each other but with devices as well thanks to the Internet of Things. IoT refers to the use of different systems and protocols to link multiple devices. When talking about IoT, think of a thermostat operated from your smartphone, an alarm system connected to your car, or a biometric system in your watch. It is because of IoT that we have smart homes and smart cities.

All these operations are made possible by IoT mobile applications. The Internet of Things relies on mobile applications to send data to a central system. Smart screens are the primary interfaces when interacting with IoT devices like the LED display on a smart fridge. Consumers will judge the quality of your smart home appliances based on the functioning of the IoT mobile app. For this reason, manufacturers have to give due attention to the mobile app development companies of IoT apps. The design should be integrated into the hardware of the appliance while keeping consumer needs in mind.

FEATURES OF AN IOT PLATFORM

Any IoT app built for a smart device should aim for scalability, security and reliability by offering features like:

Know what to focus on when developing IoT apps for your enterprise to ensure customer satisfaction.

A high-performance Internet of Things mobile application contains different levels that work together to complete the system. Before developing an IoT app for an specific device, understand these layers and their functioning. The first one is the device itself. What type of infrastructure is used? What is its role? How will the app facilitate the use? The ingestion tier is the next one, which involves data management. It also looks at the software and hardware that will be used to receive and arrange information. Once the data comes, it needs to be evaluated, which makes the last layer of the system: app analytics. The three levels are crowned off with a top one, which is the app itself that is presented to consumers. Mobile app development companies may only handle two or three layers when building an app from the ground up.

Putting together all the right elements to come up with a functional IoT app is not an easy task. Some mobile app development companies are making things easier for businesses by providing readymade platforms for IoT app development. These platforms have the ingestion and analytics level in place already, which means that your app developers/designers will only have to work on the end user layer. When picking a platform to build an IoT app, know what to look for like the features provided and the level of programming. Even if your mobile app development firm assembles the best end-user system, if the foundation is flawed, the whole IoT app will suffer.

Information safety is one of the persistent concerns that arise when talking about IoT app development. Whether you are providing a smart home or wearable, consider the security of your customers. Top-tier safety protocols will guarantee that individuals can interact with your mobile applications without worrying about compromised data. Develop an IoT platform with built-in authentication features and encryption. Your consumers should be able to enjoy safe logins, storage and e-commerce transactions. Do not forget to guarantee information confidentiality to your customers when they are using the IoT mobile application.

THE FUTURE OF IOT APP DEVELOPMENT

Enterprises creating mobile applications have to consider the different trends that will influence the creation of IoT apps a few years down the line. Potentially new modes of connectivity are some things to think about. Currently, IoT platforms use Bluetooth, cellular service and Wi-Fi to connect to devices, but there may be more ways in the coming years. As the Internet of Things evolves and consumers embrace the technologies better, there may be a need to create more ways to connect.

IoT mobile app development companies should also be ready to encounter hybrid apps. At present, IoT applications built on one platform cannot be used on a different one, which limits the number of devices they can control. In a world where intelligent devices will be in the billions, mobile app developers may have to create IoT apps that work with multiple appliances. On AppFutura, there is an specific Internet of Things app developers directory where app owners can find and hire the best Iot app development companies like Ready4S, Mobulous, BrainMobi, Konstant Infosolutions or Techugo.

Augmented Reality (AR) is another aspect that will affect how mobile app development firms build IoT applications. Several tech giants are already bringing Augmented Reality closer to the consumer. By incorporating AR in IoT mobile applications, companies will be able to enhance engagement with their customers. Superimposing virtual images on an IoT interface gives people a chance to interact more actively.

Consumers have discovered the benefits that IoT offers and are demanding more from their smart devices. For this reason, businesses have to work harder to cater to these needs, which range from wearables to temperature control systems. Mobile application development plays a critical role in facilitating connectivity. Enterprises face the task of building IoT mobile apps that can send and receive information for smart devices. To achieve that, businesses must understand the building blocks of IoT.