Cryptocurrency inclusion is the next challenge for tech innovators 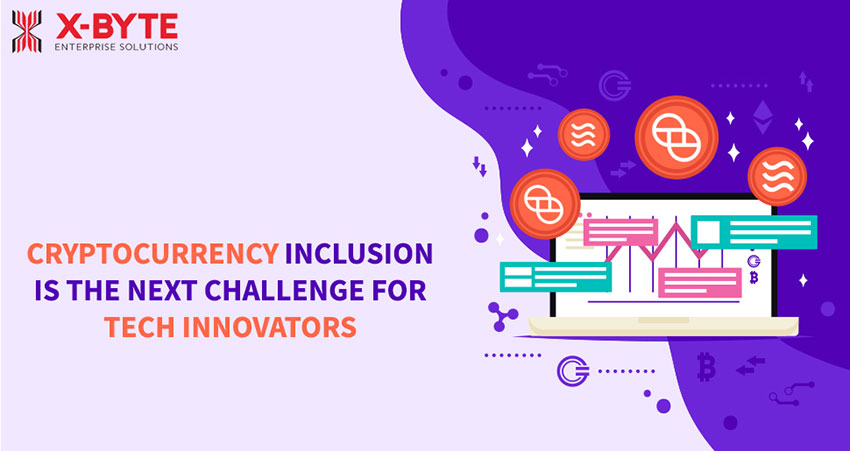 With so much buzz about Facebook's Libra cryptocurrency all over the internet, we wanted you to let you know what the cryptocurrency is and how will it be helpful to you or your business. Thus, we put a lot of effort and did research for you. Let's make it easy for you by elaborating things in this article.

In the last 10 years, the virtual currency like Bitcoin has created its buzz and also hit the market with its presence. Though not many people use Bitcoin in their day-to-day life, the number of things you can buy and the number of services that you can pay with cryptocurrency is growing.

According to CoinMap, a site that monitors cryptocurrency acceptance, there is over a 700% surge in the number of business venues that accept payment in Bitcoin since 2013.

As you can see, the number is not far from making its way to reach mainstream adoption.

As per the Guardian report, the market capitalisation of cryptocurrencies could explode over the next five years, rising to $5-10 tn.

Apparently, few months back, the founder of Facebook, Mark Zuckerberg has made his headline by revealing cryptocurrency - Libra. It’s an experiment in monetary systems for the digital age and has inevitably been compared to popular cryptocurrencies like Bitcoin. However, many experts have raised a question to call a Libra as a cryptocurrency.

What is Libra, Exactly?

Facebook’s Libra is not just a cryptocurrency. It’s a “reliable digital currency” all about delivering “the Internet of money” through an efficient infrastructure. The cryptocurrency is intended to be sent to any part of the world with a bare minimum of a fee.

Libra is not as decentralised as other cryptocurrencies. You can open and download the open source code for free in the case of Bitcoin. Instead of one centralised node, Libra has multiple central nodes which can be controlled by a legion of stakeholders.

We already know it's quite impossible to hack Bitcoin because of its decentralised nature. But as far as the Libra is concerned, it may create several loopholes about security.

What is Gemini, Exactly?

Gemini is a digital currency exchange and custodian that allows customers to buy, sell, and store digital assets. It is a Bitcoin and Ether (the native currency on the Ethereum blockchain) exchange platform.

The biggest advantage of Gemini is that it holds most of its Bitcoin and Ethereum in offline wallets. It contains only a small portion available online, which reduces their risk. Storing too many cryptocurrencies allow them to maintain high liquidity.

Cryptocurrency And Its Future

The cryptocurrency took its birth in 2009 with Bitcoin. By the year 2013, it already grew and was at its record value of $ 266 per Bitcoin. Bitcoin supported the market value of nearly $2 billion during its peak in January 2018.

And then it grew 50% shortly thereafter. That created a lot of buzz and debate among investors about the future of cryptocurrency in general.

The constant growth of cryptocurrency is grabbing the public's eye. The people have turned out to be more interested in them. Both institutional and retail investors are increasingly investing in cryptocurrency.

Privacy is the most distinctive standard in some of the cryptocurrency. As far as the Monero coin, one of cryptocurrencies with greater privacy in relation to operations, is concerned, it helps you to utilize the currency in the given field:

Since the cryptocurrency is creating its huge impact on the market, the financial world is set to get more complex. It will take a few years to completely replace the hard cash.

In the field of economy, the main concerned of cryptocurrency is to get rid of intermediaries. It's not needed. If we believe in this then the whole concept of economy and the whole world vision of it should change.

Cryptocurrencies Around The Globe

In the financial world, cryptocurrency is not depended on any segment or factor. It's a completely independent currency. Their capability in the commercial sector can be exploited by investors, individuals and legal persons.

Facebook's digital currency, Libra into cryptocurrency will eventually benefit Bitcoin. Of course, it will take some time, but Facebook will speed up the pace of teaching people all about cryptocurrencies. This will allow more people to use Bitcoin. That is why Bitcoin is counted as scarce Facebook’s cryptocurrency will not be. People will demand for the trustworthy ledge to store their currency.

As the number of digital wallet apps continues to rise, users will switch to utilizing these apps to run away from hard, physical and unsafe transaction. This fact alone is groundbreaking, particularly for users that don’t utilize banks, and for many international transactions that could be difficult without the use of a digital wallet. We really have no doubt that blockchain technology is an innovative tool that will make smooth the road of transaction and the world of cryptocurrency.

Bhavesh Parekh is the Director & Head of Operations at X-Byte Enterprise Solutions. X-Byte is a global digital agency with a presence in 3 continents and customers in 24+ countries. We offer 360-degree turnkey solutions on Web, Mobile, Cloud and IoT....

Potential Media Stremaing Experience Yet to Be Witnessed
Blockchain and Internet of Things (IoT): The Changing Era