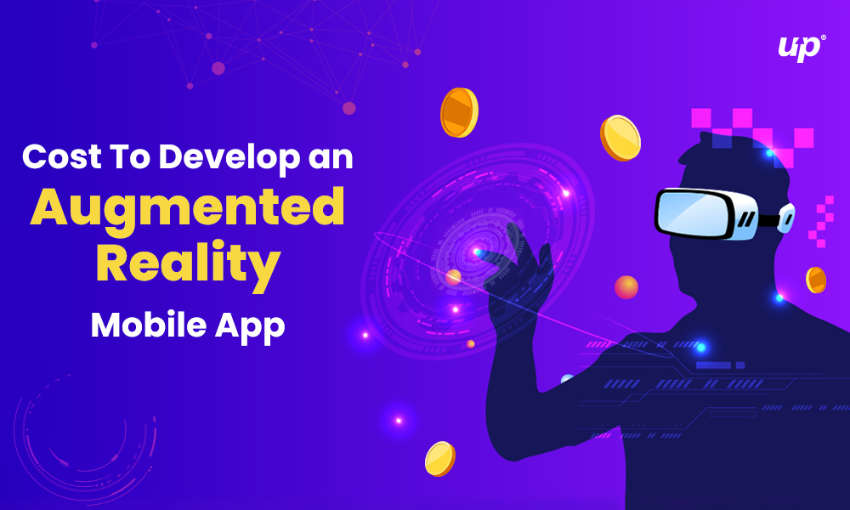 The augmented reality (AR) concept is one of the most popular trends in the development of mobile software. Many users are coming with amazing ideas for the software that are often faced a problem of not knowing even the average augmented reality app development cost. Maybe you had a similar experience? In this case, the article will be very helpful to you. In it, we will read the main stages of the Augmented Reality Application Development and approximate how much does it cost to develop an AR app.

What Is AR and How Does It Work?

AR is a technology to deploying virtual images into the real world by creating special technical means and refines the user’s immediate environment through digital data.

AR brings a new way of information sharing and interaction capabilities and helps address the business needs better. Due to its brilliant educative and marketing potential, AR can accelerate many business operations. Moreover, it can make new ways to promote products or enable learning new activities, facilitate the work of specialists and lead to cost savings.

AR App Development costs are justified because these exclusive technologies would permit you to get the following benefits.

There is an immense number of Augmented Reality applications in the market but some of them put an impact on users. We have created a list of the Best 10 AR Apps that are currently doing well in the market:

Let us take a look at the issue of the cost of app development. It totally depends on the hours spent on AR app development. In order to estimate the cost, we should know the following main stages that incorporated in the development process.

Strategic Analysis of the project is a fundamental preparatory stage which is needed to clarifying the tasks of the project. Furthermore, it is the only chance to develop the AR application which completely meets your expectations. In term to secure both parties of the process, it’s the most reasonable to sign a contract which will indicate all the details of future cooperation. This stage usually takes an average time from 85 to 150 hours.

AR app development needs a software library which can identify 2D markers and cover additional content on top of a real picture. SDKs are paid tools for AR-based advanced solutions. So, the fees for their use are included in the total cost of the project. Actually, they simplify the process of writing codes which is very crucial when making complex apps engaging particular hardware abilities of smartphones, cameras, GPS sensors, gyroscopes, accelerometers, and many more. Following are the most popular SDKs we consider.

The hardest and time-consuming stage in developing an AR-based app is the process of writing code. Following are some basic features of AR-based software that differs in implementation methods and hence have a different cost.

When we talk about augmented reality with its virtual 3D models, designing task becomes a top most priority which requires high-level skills. Generally, the design stage contains:

This list usually takes time to implement is about 400–600 hours.

If you want to stand out you should have added extra features in your app with the basic functionality. Including features like

Adding such features will need 20 to 50 hours per each feature. But that is not enough. If you are creating a game app based on AR, this can entail a variety of additional costs. In order to improve the user experience within your gaming app, you will need to add features like audio effects (around 80 hours), ratings & achievements (around 60 hours), video player (around 300 hours), etc.

You cannot deny that testing is the major part of a development process and you can’t take the risk to forget it. Qualified team of quality analysts should carefully check your app service and make sure it is bug-free operation. The average time that testing takes up to 100 to 110 hours.

The final stage of the development process is maintenance and technical support. It contains uploading the app to the digital marketplace (Google Play or the App Store), promoting it in the search engines, offering the user support and regular updates. On average, such operations take around 40 hours monthly.

Since we have mentioned the development stages and time but this is not enough factors that affect development cost of AR-based app. Application developer charges are one of the most significant pricing factors. It depends on the rate of experts you have chosen and the rate is affected by the location.

As we discuss, the process of developing an application based on the AR concept contains several stages. Each stage is rather complicated in the implementation for those who want to start their own business in the IT sector. That’s why, if you have a great app idea for a startup, we recommend that you contact a professional AR development company.

Fluper is the Top Rated Mobile App Development Company since 2013. It has provided the best AR Applications at very affordable price globally. For more details, visit their official website…