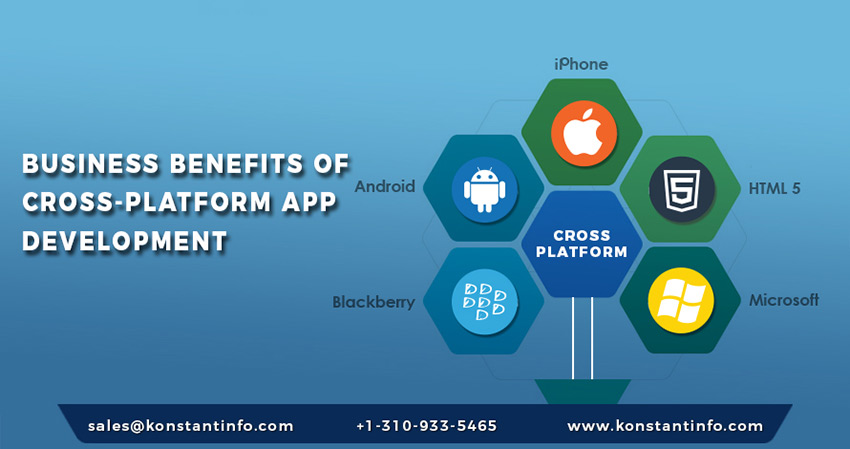 We have previously written about changing over from web development to mobile app development, but this time, we’re going to talk about the specific reasons for why you need to switch to cross platform app development in 2018.

One of the frequent queries asked to our experts lately is “Should I choose a native app or cross platform (hybrid) app development for my business?”

This is an important question our clients have been pinning for since cross platform app developers in India are taking the lead. Most startups and enterprises are wised up with the options of having a native or cross platform mobile app for their business.

While some of you may know the inside out of hybrid apps, others need a detailed walkthrough. Of course, you need to know more to take a profitable decision that goes along with your business requirements and capital. We’re here to provide deep insights into the business benefits of considering cross platform app development for your next business app. We’re pretty sure you’ll be tempted after learning the major gains of choosing it over the native app development.

Starting off, we’d want to take you through the lumpy journey hybrid apps have sailed through. There was a time, about three years ago, when cross platform app development was only chosen because the business didn’t allow decent investments and the clients had the rush to be there on the app stores. You could get your apps developed in less than a month and at very cheap prices. But as they say, something that comes this cheap and early is painful in the long run. And so was the case with cross platform apps because they ended up delivering a poor performance as compared to native user experiences, which were smoother than ever.

Cross platform was in the dearth, facing a rough time when companies eventually realized that native development demands higher costs and more time-to-market, though you reap immense benefits when the app is live.

Many new app developers communities and technology companies emerged and joined hands to build new frameworks and tools that would eliminate the impediments attached to cross platform app development. Top software companies like Apache, Microsoft, Progress and community or Facebook pulled out all the stops to get the best on board and launched frameworks like Apache Cordova (PhoneGap), Xamarin, Sencha and Appcelerator.

Today, we also have some sought-after open-source frameworks for building truly native mobiles apps with Angular, JavaScript and TypeScript including NativeScript by Progress and community and React Native by Facebook.

Let’s begin with the basics:

The first-mover advantage for enterprises and startups to opt for cross platform app development is to target multiple platforms including Android, iOS, Windows and more by writing minimal code. These applications can originate from a single codebase, which allows the app developers to reuse almost 70% of the code (the remaining 30% includes design changes specific to the app) across multiple mobile platforms.

More rational souls who believe in saving their time and money when building a mobile app opt for this ‘writing once, running everywhere’ functionality.

Having said that, single codebase also saves the maintenance cost as it won’t be required to track bugs for a large number of codebases. Roll up any of these, Xamarin, PhoneGap, React Native or NativeScript, which cover all different mobile platforms from the same codebase.

Cross platform app development comes to your rescue here. Since most of the development frameworks mentioned above require the basic IT skills of HTML5, JavaScript, it’s easier to find language expertise.

However, there is a scope of learning with every new advancement in the field. With cross platform app development, you expedite your productivity because you don’t have to run around to look for Java and Swift experts. Cross platform technologies also encompass Certification programs on Xamarin, Appcelerator, Apache Cordova or React Native, which will help you hire a qualified team for your app project.

Cut out the bulk of development process

It’s hard to believe that you have a short route to mobile app development, effective and rewarding. But you have it, seriously!

Smart app developers use cross platform tools and frameworks to cut down the app development process to almost half the time. This ultimately results in rapid development of the same app that could take you two more months if built natively for iOS and Android. Henceforth, you can launch your new business app in half the cost compared to your competitors who had chosen the other lengthier way.

After all, shorter development cycles and quicker time to deployment are what the app owners look for.

All the companies’ and app developers’ accusations have come to naught with Facebook’s release of React Native. Cross platform app development frameworks have come a long way to tide over the ease of web development and performance of the native development. Facebook has outclassed every other software behemoth and exceeded every developer’s expectations by creating an open-source framework based on React.JS library, which allows developers to build applications for both iOS and Android platforms.

The best of all is the app performance and user experience - exactly like a native app - fast and fluid. Contrary to PhoneGap and Xamarin’s ways of working on WebView, React Native doesn’t imperatively make changes to the view components but allow app developers to simply define what your view should look like based on the input data. This simplifies building UIs, ensuring that your view declarations handle all possible shapes for your app’s state. Thus, rendering a truly native performance, with the least number of coding lines.

For better insights, here’s a list of top 10 reasons for founders to choose React Native

So, all in all, there are some solid reasons to switch your choices and move ahead with cross platform app development. The key to success is understanding some of the various tools and frameworks available and making the right choice at the right time.