Bumble Case Study: What to know before creating a dating app

Online dating has become quite common these days. For single millennials, swiping left and right has become a norm – as there are many apps that get straight to the point. Dating apps appear to be doubling down as a destination for finding lasting connections. Some of these dating apps have become a place for people to make friends. Many argue that the concept of online dating is unauthentic. But, when it comes to apps – we all are guilty of using them.

Bumble is an app that has gained a huge attention from women. It was founded by Whitney Wolfe, co-founder of Tinder. The app was launched in December 2014 and today, it has more than 30 million registered users who spend an average of 100 minutes per day on the app. Bumble can be downloaded for free from Google Play Store and the Apple Store. If you want to get more out of Bumble, you can try the paid version with some ‘Super Cool’ features.

Bumble is an attractive option for anyone looking for love. It is also a great option for finding friends. To find friends, all you need to do is change the settings to BFF and swipe right on an interested person to start a chat.

How has it grown in such a short span of time?

Bumble has become successful in a short span of time for many reasons. Bumble allows users to start building valuable relationships and make empowered connections. Bumble is a game-changer dating app that focuses on giving complete power to women.

Although Bumble is not the biggest dating app to date, we can say that it is more popular than any other dating app. It has been downloaded 20 million times since its launch and we can expect this number to increase significantly. Bumble ranks the highest in a different categories and has the fastest growing user base worldwide.

What is unique about Bumble?

What makes Bumble different from other dating apps is its focus on giving women all the power. Men using Bumble are not allowed to initiate a conversation. Men can only find matches by swiping through the app. Female users are empowered to make the first move. Most of these women have families, have experienced love, established their careers and know everything about relationships.

Bumble has a lot to offer with features like – Bumble Bizz, Bumble BFF etc. Bumble has significantly decreased the number of spam bots with these features. According to Bumble CEO – “It’s just not a dating app, but a movement that could change the way women and men treat each other”. The features of Bumble make it a safe environment for women. A facial identification feature is going to roll out soon that helps verify the person’s true identity by looking for duplicate photos and red flags. The users will receive a verification check mark when he/she passes the test.

Why and how it beat the competition?

Bumble is made for women and it prides itself on being an app in which women are required to make the first move. That reason has attracted women from across the world. The buzz around Bumble is positive and it tends to remain that way. Women can easily decide whom they want to talk to, as Bumble gives them the priority.

Although this app is designed for women, it’s a great app for men too. According to a study, people tend to feel more positive when they are in control. People on other apps might have different intentions, as the online world is completely different from the reality. Bumble is better for those who want to be in a serious relationship.

All these features have made it stronger than other dating apps. Currently, the app is doing quite well and is adding 50,000 users a day. We can expect a lot from Bumble under the direction of Wolfe.

What to learn from Bumble when you are creating your own dating apps:

Online dating apps like Bumble, Tinder, Coffee Meets Bagel, Match Dating, etc have become highly popular these days. The world’s biggest dating apps: Bumble and Tinder, have millions of loyal users and make a revenue up to $300 million quarterly. According to a survey, people are generally disappointed with the online dating experience. In order to meet user expectations and protect their privacy, it is a must for developers to take measures against registered offenders. Here is what you can learn from Bumble when creating own dating apps:

Bumble is one of the best dating apps because it provides a community where people feel at ease. The best thing about this app is that users do not feel threatened. If you have decided to create a dating app, you should think out of the box. Bumble has become successful in a short span because of its unique approach that stands out from other apps.

This app is just like any other networking app due to its unmatched features. Bumble has broken all the fears to meet new people. While developing a dating app, mobile app developers must focus on the privacy of women and their rights. Creating a more welcoming and secure place for female users so that they can connect with people with ease. 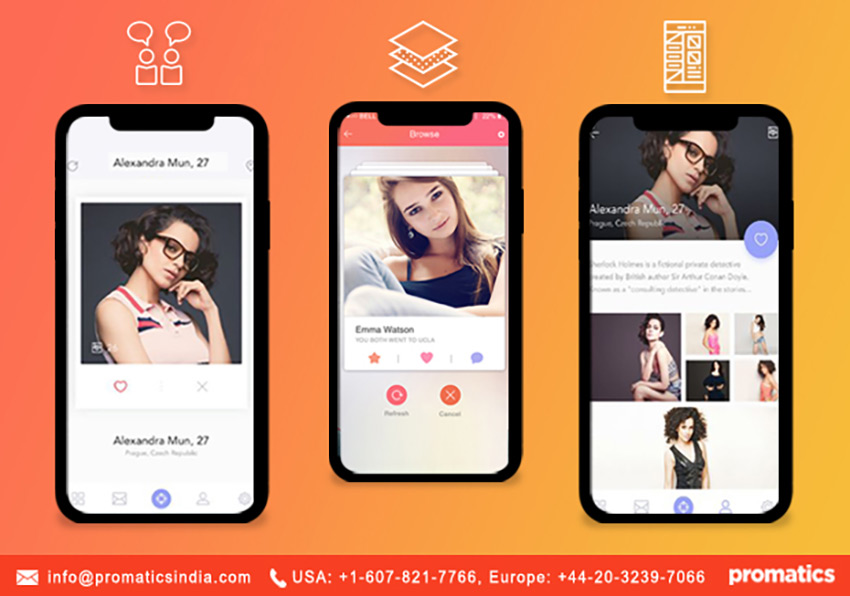 The approach should be different and unique

In order to break the stereotypes, Bumble offered a unique solution by using their voice to address issues. The company has come up with a digital response to solve real-life problems and, for this reason, it has become one of the most popular online dating apps.

If you have any plans to build an online dating app, make sure to work on the problems of the target audience and provide appropriate solutions. You need to provide long-term solutions that would benefit the users. Ensure that the solution provided can create value in your user’s lives.

An intuitive user experience is something that every user needs. Users must be able to understand how to navigate at first glance. This makes the UX addictive and pleasant. This can be achieved by empowering users to complete the tasks faster and clear. A professional mobile app development company will always take care of the following few steps such as:

Before you include dozens of features in the app, you must prioritize them.

Today’s world is driven by mobile apps and people are really dependent on them for daily activities. The evolution of dating apps like Tinder and Bumble rekindled the way people used to find true love or relationships. More and more businesses are ready to jump into the business of developing dating apps. Although the concept behind dating apps seems simpler, they conceal complicated algorithms and mechanisms.

If you have a unique idea of dating app, you can contact Promatics Technologies Private Limited and a Bumble-like dating app will be ready as per your preferences.

Can Android Jetpack Speed Up App Development?
How Can Businesses Apply Artificial Intelligence To their Apps?