Blockchain and Internet of Things (IoT): The Changing Era 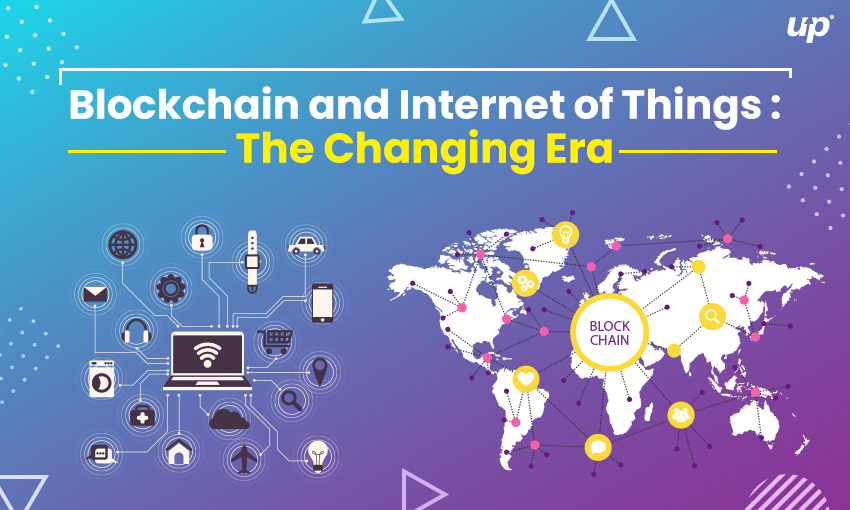 Blockchain has witnessed a revolutionary technological disruption due to the incorporation of modern-age computing and transaction tools. A significant transformation in device and software utilization has caused ease in processing transactions anywhere. There are several crucial issues with the adaptability of distributed systems, i.e., security, collaboration, intelligence management, recognition, and privacy. The organization engaged in operating such challenges and developing an open-source foundation for a rapid increase in the impact of this technology on modern-businesses.

Blockchain: A Significant Rise in the Business World

There are several significant factors influencing the conformation of this technology with the current-age expectations of the industry. Such elements comprise the security and privacy protocols transforming not only the industry but also creating some astounding impacts on the society and economy.

The allowance of recording and distributing digital information without disrupting its viability is the foremost goal of Blockchain technology. It indulges the term ‘Bitcoin’ as a protocol of peer-to-peer recognition of digital currency in the age of electronic cash system. So while demonstrating ‘Bitcoin,’ we refer it as payment method where after purchasing the goods, users’ transactions are verified through a distributed system. It is accomplished through a ‘Bitcoin Protocol’ which treats the, as a complex mathematical problem referred to as ‘Hash.’ By solving these complex problems, block transactions are verified.

A completed transaction, after thorough verification of blocks, is publicly recorded and stored as per the data architecture of this technology, which is ultimately the Blockchain itself. The users are required to run a program called ‘wallet.’ Wallets consist of some unique and encrypted entities, namely referred to as a public key and a private key. , like the user’s digital signature are used as Blockchain has witnessed a revolutionary technological disruption due to the incorporation of modern-age computing and transaction tools.

A major transformation in device and software utilization has caused ease of processing transaction anywhere. There are several crucial issues with the adaptability of distributed systems, i.e. security, collaboration, intelligence management, recognition, and privacy. The organization is engaged in operating such challenges and developing an open-source foundation for a rapid increase in the impact of this technology on modern-businesses.

IoT and Blockchain: A Perfect Combination 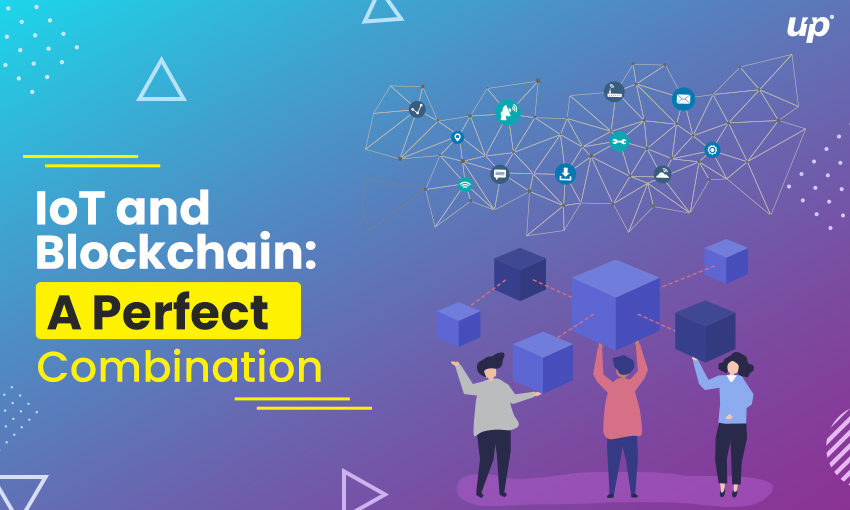 In the field of IoT, Blockchain is responsible for managing the security and privacy of the applications and avoiding any threats. Its architecture with IoT is particularly focused on consistent performance at its best. Utilization of Blockchain in IoT has transformed the way of exchanging data in a credible process atmosphere.

It helps organizations to mechanize and encrypt transactions with a safeguard approach of data exchange and high-security standards. The role of IoT in Blockchain comprises the inclusion of an improved supply chain with secured tracking tools to direct the data architecture related elements and authorize delivery and credit extension.

While discussing the incorporation of Blockchain and IoT, it is important to recall their combination and understanding that their increased use in the process may form a connection between IoT Data and Blockchain transaction on numerous aspects ultimately automating the applications.

How can Blockchain with IoT Conquer Centralized Bottleneck?

Blockchain is a cryptographically, secured, distributed ledger, which enables safe transfer of data between parties. Conventional IoT systems are reliant on a centralized architecture. Data is sent from the system to the cloud where the information is processed with the help of analytics and subsequently sent back to the IoT devices.

When billions of devices are set to involve in IoT networks, this sort of centralized system has very limited scalability. It exposes multiple weak points that consist of network security and increasing cost to implement it. No doubt, third-parties or intermediaries have to continuously check and validate even a trivial transaction between the devices or parties.

Smart Contracts in Blockchain will permit devices to work securely and separately by building agreements that are implemented upon conclusion of precise needs. It not only lets for cheaper transfers, better automation, and scalability but also avoid dominance by individuals that would like to make use of the information for their own profit. Data is shared across a cryptographically secured and decentralized network, which makes it secure. Lastly, a decentralized blockchain network eases this risk with individual nodes that transmit data on P2P (peer-to-peer) basis to stay the rest of the IoT network accessing smoothly.

IoT has gained massive attention of app developers since the day it came into existence. They are trying to include IoT in their applications so that they leave their competitors behind. Following are a few ways in which IoT is affecting app development sector:

Just like IoT, Blockchain has a huge potential to change the app development sector. Several entrepreneurs consider it as one of the most innovative technologies so far. Well, it is indeed a revolutionized technology with the competence to transform the business world. Kye impacts of Blockchain in the mobile app development industry are:

In the discussion above on the convergence of IoT and Blockchain, we could comprehend a roadmap to integrate Blockchain and Artificial Intelligence (AI). To consider a bigger picture of the incorporation and the relation between IoT and Blockchain, organizations have been emphasizing on terms like deep learning algorithms, next-generation security, support for digital twins, edge computing and the implementation of high performance embedded techniques.

Both the technologies can bring revolution in businesses, and with their impact on app development sector, one thing is clear that they will surely going to change a lot of things in the upcoming time. In fact, multiple organizations have already started or are thinking to implement these innovations in building their mobile apps.

If you are one of those and looking for a trusted partner, the Fluper is here to help you out. It one of the reliable mobile application development companies, has a team of 250+ app developers who can assist you in getting the best apps. If you have an idea to discuss, get in touch with our team now!