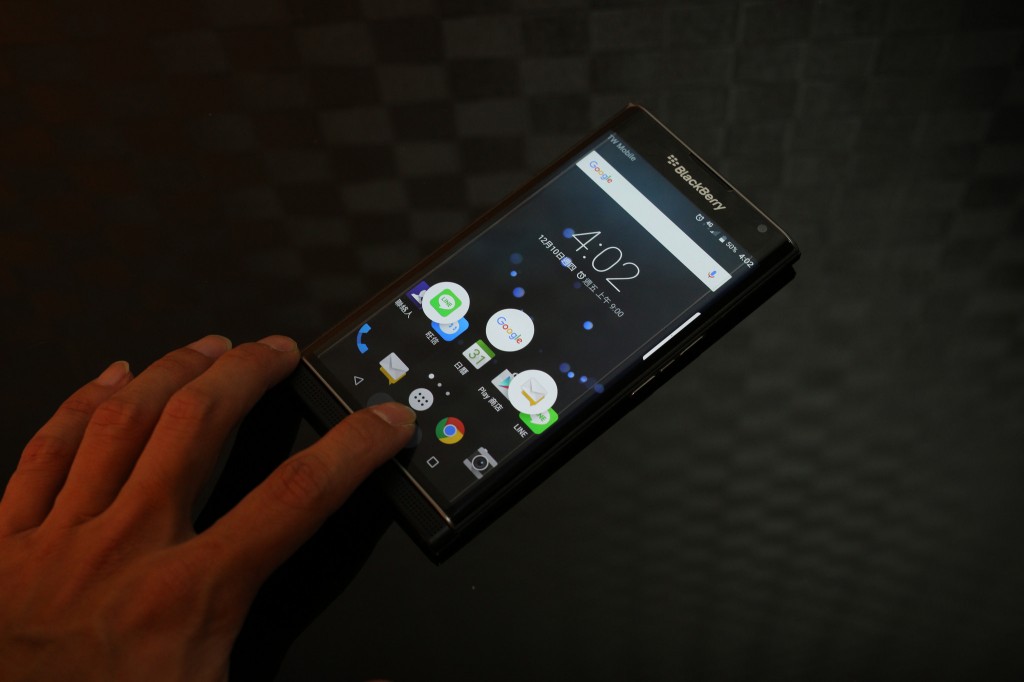 Everybody knows that BlackBerry, the once-great company, has had some unstable years lately. But it seems that we can finally say it: BlackBerry is back! And this return comes with the release of the BlackBerry PRIV, a BlackBerry-made device running Android software.

This interesting combination of an excellent hardware manufacturer and one of the best software platforms and content ecosystems is highly appealing: for those who like the design, finish and physical keyboard of a BlackBerry but don’t want to renounce the vast Android's catalogue of apps and company, these are very good news. This way, users can have the best of both universes. The reason for moving to Android is quite obvious: developers. Nowadays, most of the users use iOS or Android, and so do developers focus on these two operating systems. Few of them are creating for Windows or BlackBerry.

The BlackBerry PRIV is the most powerful and feature-packed phone BlackBerry has ever released, and maybe one of the best phones on the market right now. 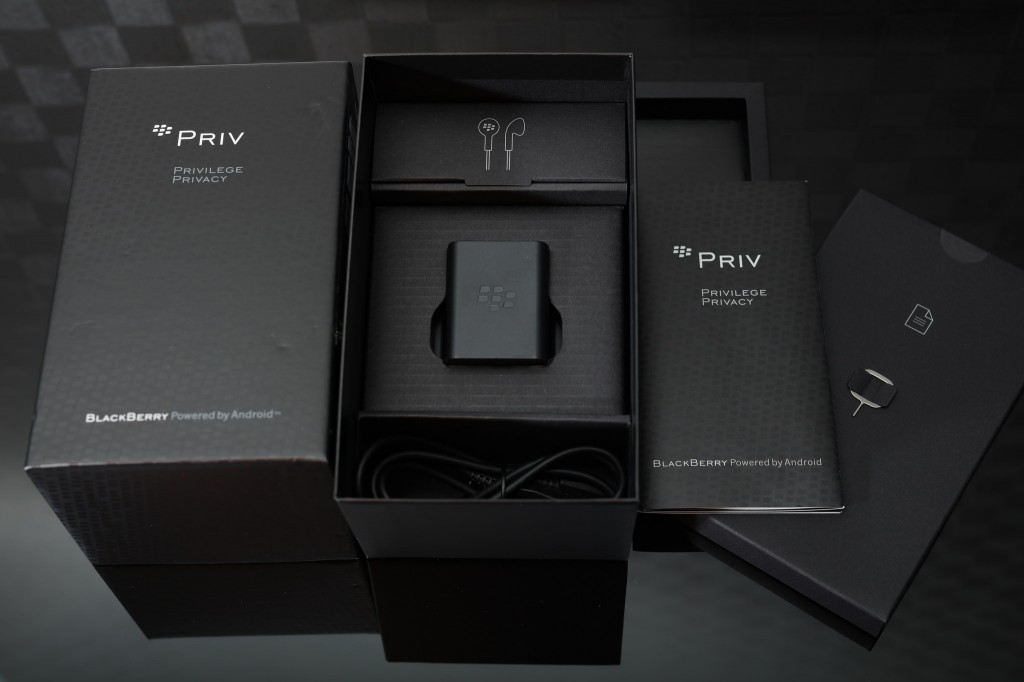 The most important feature of this BlackBerry powered by Android is probably its sliding physical-keyboard. The BlackBerry PRIV runs Android Lollipop for now, but they plan to update it to Android Marshmallow "sometime in the next year".

As we pointed out, one of the most remarkable features on the BlackBerry PRIV is its sliding keyboard. Some call it nostalgia, but it’s practicality; the fact of having a physical keyboard is very attractive for a big part of users. For people who basically use the smartphone to write messages, emails or even compose texts (journalists, bloggers, writers), a physical keyboard is totally a must. PRIV’s touch-sensitive keyboard allows you to navigate through pages, app screens and more with a slide of your finger across the keys. The only handicap is it doesn’t work within all apps and some of them still force you to use the touchscreen.

About the battery, the PRIV features a huge 3,410 mAh non-removable battery that can last up to a full day. It also has microSD-support. 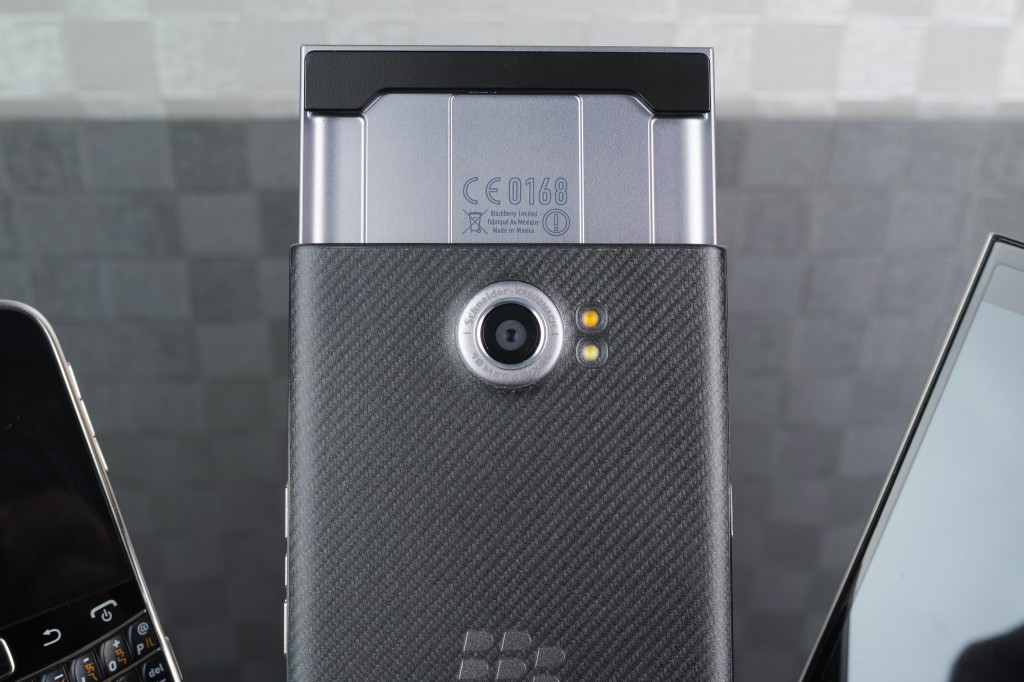 The camera of this BlackBerry is pretty good, featuring a Schneider-Kreuznach lens. Schneider-Kreuznach is a manufacturer of industrial and photographic optics that supplies gear to NASA and has won an Oscar for Technical Achievement for their Super-Cinelux motion picture lenses. The BlackBerry PRIV includes optical image stabilization (OIS), phase-detect auto focus and can record 4K video at 30fps.

About the software, the BlackBerry PRIV looks pretty much like any Android device, with some BlackBerry details like its own Calendar, Tasks or Notes apps. They've also adjusted how the launch screen works so instead of just being offered Google Search you'll also have the option to use BlackBerry Device Search and access to the BlackBerry Hub. We have the traditional BB notification icons too, but everything else works like the rest of Android handsets.

BlackBerry has made some minor changes to the UX: the app tray is a down-scroller now, widgets are accessed by swiping right and there is the BlackBerry Productivity Tab, which is situated on the right hand side of the screen and can be accessed from anywhere in the phone.

The BlackBerry PRIV features an excellent design including a curved QHD panel with the most “BlackBerryish” style and finish. The display slopes gently down to the sides an, in contrast, the top and bottom are completely flat. This contradiction makes the PRIV very interesting to behold, because it’s soft and hard at the same time; angular but also smooth. The back of the PRIV is made from some kind of Kevlar-style material. In general terms, the PRIV feels robust in the hand and it’s a large handset due to two reasons: BlackBerry wanted to make sure it felt solid, but it also needed to fit the massive battery inside it.

The Power/Unlock key is located on the left side of the phone and the volume control is on the right side in the same position. Both are easy to access but you can wake the phone simply by double-tapping on the screen. To access the QWERTY physical keyboard you just have to slide the display up, an action that can comfortably be done with one or both hands.

BlackBerry has implemented Grsecurity to go a bit beyond. Grsecurity is an extensive security enhancement to the Linux kernel that defends against a wide range of security threats through intelligent access control and memory corruption-based exploit prevention. BlackBerry has also added BlackBerry Safeguard, the company’s own security suite of apps to the device.

It looks like the Samsung Galaxy S6 EDGE is the PRIV’s main rival because they look quite similar, both physically and technically. In fact, the PRIV has more in common with a Galaxy S6 than with any other BlackBerry. The PRIV’s design is a mix between the Galaxy S6 EDGE and the BlackBerry Passport.

Both the Samsung Galaxy S6 EDGE and the BlackBerry PRIV are big displays (5.4 inches for the PRIV vs 5.7 inches), featuring high resolution (1440 x 2560 pixels) with high-resolution camera (18 megapixels vs 16 megapixels) and a big RAM (3072 MB RAM vs 4096 MB RAM). The main disadvantage of both smartphones is that battery is not user replaceable. When compared to Samsung Galaxy S6 EDGE or iPhone 6S, the BlackBerry PRIV is the only device including a microSD slot for storage expansion, which is always useful. 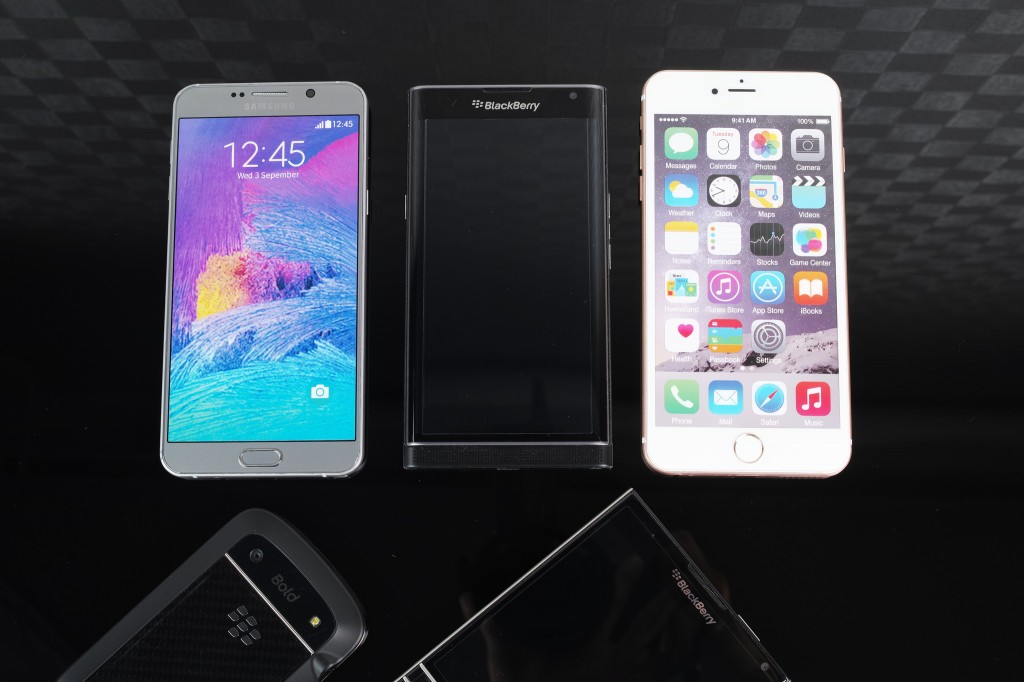 The BlackBerry PRIV is available since November at a price of $699. You can buy it at BlackBerry’s official site, Amazon, Best Buy or from carriers like AT&T.

BlackBerry opens its software for developers