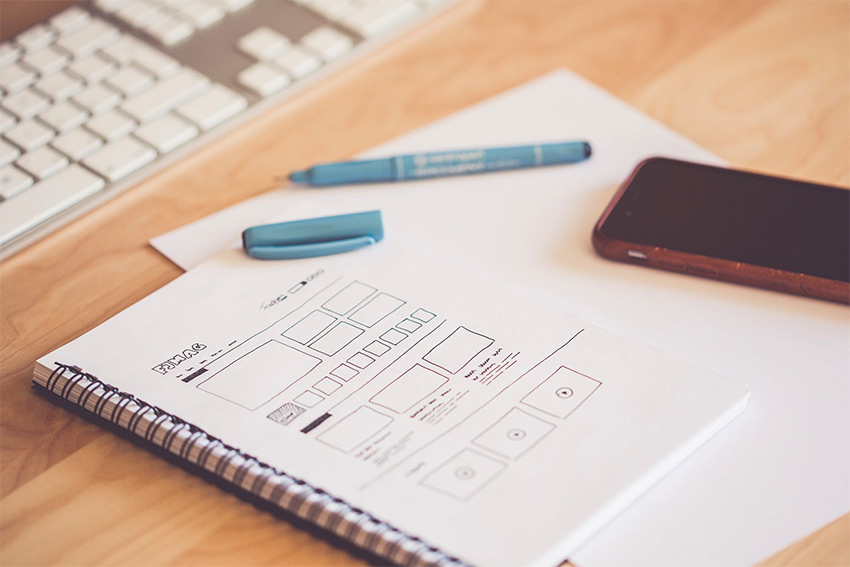 The difference between a successful and an unsuccessful app is a good UI. More than 75% of users open apps and never come back due to a bad first experience with the design. A good design should be both intuitive and useful for the user. The designer should focus on the key goals while removing all obstacles from the user’s way by bringing clarity to the interface. Users expect a fast loading time, and ease of use during their interaction. Below are some tips to check while creating the design of an app.

As a designer, one should understand the interaction of the user with the app so as to make it more effective and reduce friction points during task completion. A few ways to optimize user flow is through:

Dividing complex tasks into subtasks eases the user’s load by limiting the number of actions required from them on a screen. E-commerce apps, for example, have the checkout process divided into smaller steps in order to ease the user’s actions.

Once the information is either manually or automatically provided for in the app there is no need to inquire for information that has already been provided. Uber is a good example where the app automatically detects your geographical location, therefore, it does not need to re-inquire on your pick up location

Provide for a natural next step

Whenever a task requires the user to complete some steps, maintain a steady flow of momentum by clearly showing what is next. This also creates order in the design of the app.

Prioritize one primary action per screen

By doing so, as the designer, you make the interface easier to use and easier to learn. Do not fill one screen with numerous actions because one may end up having priority over the other. When prioritizing important aspects, use visual weights that may visually direct the user to the required action.

Cut out the clutter

Clutter on a desktop is bad enough, but what about on a mobile which has even less screen space? A good design should have its main focus on delivering relevant information while avoiding everything irrelevant. Cluttering an interface overloads the user with a lot of information that may not be required at that exact moment, and so it complicates the current screen of the user. Show only what is necessary on the current step then expand further on actions on the next screen.

Navigation to be self-evident

Clear communication of the designed elements

These elements may either be interactive or static. When a user is on the screen of an app, they should be able to determine what a certain interface element will behave just by looking at it from mobile phones, which, unlike desktops, lack hover effects which aid in understanding whether something is interactive or not.

The rule of thumb in determining the touch area of targets is 7–10 mm to enable accurate taping by a finger. When designing the app such small details should be taken into account because something so small could negatively impact the user and make him uninstall the app. These tap targets, when pressing, should have the edges visible for the user to enable them to see if they are hitting the target accurately.

These elements should therefore not be close to each other, allowing room for the user to see where the next tap target is and in order to avoid false input. There should be enough spacing between each target.

A thumb is able to sweep across the screen but only a third of the screen is regarded as a genuine effortless territory, which is called the natural thumb zone while other zones require the user to either stretch the finger or to change the grip or both, in order to reach them. Additionally, screen size varies with the size of the mobile phone. The bigger the phone and display are, the less access there is. When designing tap target areas, such things should be put into consideration in order to prevent the accidental tapping of some dangerous options such as delete.

Something is always distracting us, therefore, when designing the interface of an app; the designer should keep this in mind. You should be able to put your hone away hoping that when you re-engage with the app, you are able to carry on from where you left off. A good example is Twitter, which does not automatically update your news feed but informs you via a notification that there are some new posts.

Use of skeleton screens to make the app appear faster

A skeleton screen is a blank version of a page where information is gradually loaded focusing its attention on progress instead of wait times. This is beneficial for the designer as it accounts for slow internet speed, therefore, they make the wait more pleasant.

As the designer, the user’s goal and best interest are paramount so as to create that good first impression that will keep them interested in the app. Usefulness and the educational aspect of an app are not the only important parts of an app: the interface appearance may determine a good or bad experience as well.

Feel free to contact RAD4M, where you will meet a team of highly experienced graphic and mobile app designers who will help your businesses improve its market share by providing an app that entices and engages your customers. You are invited to share this great experience.

Our experienced team of developers and graphical artists will provide you flexible and beautifully-designed apps that people will love. The process of making the application real requires knowledge of fields like design, development, deployment & maintenance. Basing on our knowledge and experience with both startups and businesses we will help you on those areas as your technical partner.