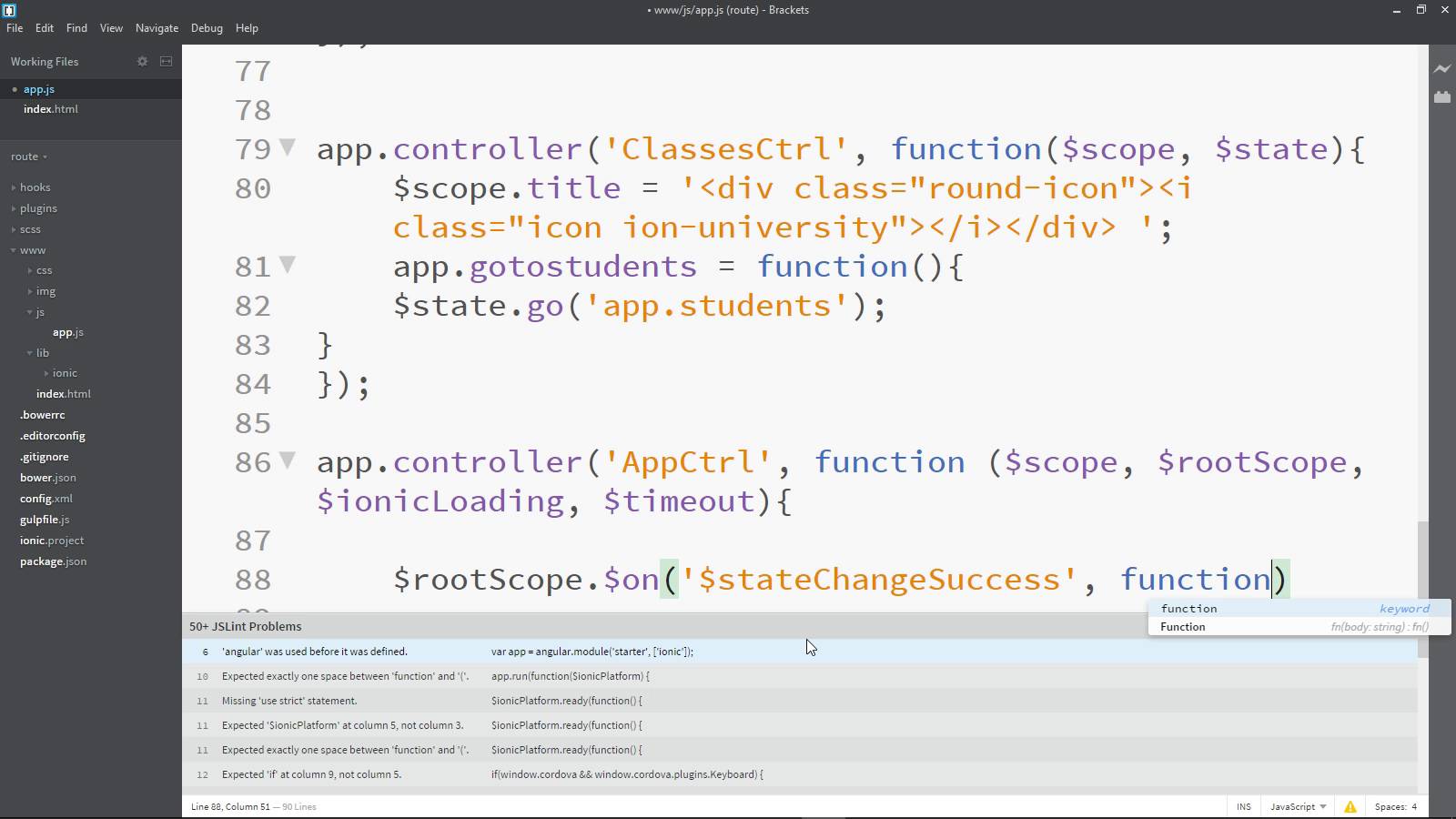 Apps are here to stay. That’s a fact. Since Apple launched its App Store way back when, apps have played greater and greater roles in our lives. However, it is also a fact that Apple encompasses about 15% of the smartphone market. That means that the other 85% of the marketplace have their hands on Android, Windows, Blackberry and even Facebook devices. And this difference and attraction to certain devices is where the development road splits.

Traditionally, mobile apps are developed and coded by development companies solely for the device it will run on. These native apps do not utilize HTML content and are typically distributed through some sort of app store, or in Google’s case, a play store. The app’s UI (user interface) only takes into account the device in which it is running on.

But, there is another type of app that bridges the gaps between platforms. Hybrid apps, are so named because they have the ability to function across several platforms and devices. These apps display their HTML content using a “web canvas”. Instead of coding an app specifically for a device or platform, the code in hybrid apps are “shared” across several platforms. Aside from this feature, these apps still very much resemble native mobile apps in that they still need to be distributed through a catalogue, and require a bit of native code to ensure that they look and function as desired on all devices.

So the question becomes: which type of app is better to develop? Well there are several factors that need to be considered.

Hybrid apps are masters of, well, being hybrid. If you want your app to be available to Android users as well as iPhone and Windows users, then it’s a no-brainer. You have to go hybrid way. Fortunately, it has never been easier to code for multiple platforms. HTML frameworks have been created so can in effect take a piece of code and with a couple of clicks, dress it up to operate for several platforms.

Mobile app development companies say that time is money, and in the app world time is life. The longer your app sits in the development phase, the longer it is before it can be adopted by the public. Many an app has died before it was even born. With hybrid apps developers are given the luxury of foregoing the customization and tedious coding involved with tailoring an app to native technologies. The result is that apps are pushed out of the development phase and into the hands of consumers at a much quicker rate. A quick turnaround time helps developers test to see what tweaks need be made or even if the app has a future. Hybrid apps save time and money.

Now that you have the lay of the land, it’s time to look at some of the leading cross-platform app builders.

The new kid on the block. Since its release in early 2015, Framework has been a favorite choice for iOS app builders. Framework then made the rich features and feel of the iOS apps and opened it up to Android developers when it began supporting the Android platform.

A favorite in the enterprise space. Appery.io is known for its integrated backend services along with its efficient and convenient app builder tool.

Its claim to fame is that users do not need any coding knowledge whatsoever to build apps using this framework. AppInstitute makes things dead simple for budding as well as experienced developers alike with drag-and-drop editors and a plethora of templates. For those who like to keep their sales and marketing hats on, AppInstitute includes a CRM (customer relationship management) tool that helps track sale, conversions and other analytics.

For those with little coding experience but want to get an app up and running fast, then AppMachine may be the solution they are looking for. Using the content and data harvested from their own website, AppMachine allows users to quickly generate a highly modifiable simple app, that can later be iterated and built upon.

For the slightly more experience developer, KendoUI uses a JQuery based HTML5/Javascript framework to build sleek and stylish apps. Liked by the enterprise space due to its vast collection of widgets, plugins and themes. With KendoUI developers are also able to generate their own themes which add a greater deal of functional customization to their apps.

One ring to rule them all

When it comes to making a sure bet, more and more developers are flocking towards Apache Cordova or PhoneGap. This frameworks doe not discriminate and support all platforms. They integrate with almost every feature on every single platform, with the sole exception of Blackberry in which mobile app developers can only tap into 3 out of 10 features (but who is really crying about that shortcoming?).

Apache Cordova wraps HTML5 apps in native containers, thus eliminating any issues regarding compatibility and feature integration. This feature makes it attractive to enterprises that run media-rich apps. To add to its desirability factor, Apache Cordova is also used to wrap mobile web apps created by other platforms. So no matter, where it’s made and where it’s headed, Apache Cordova can get your app there.

With an eye towards the future, we take a quick look at several up and comers to the mobile app development game. Frameworks such as KendoUI and Framework, while already solid contenders, are still young and in their infancy. Their teams are constantly working to better the product and solutions that they are able to provide. Definitely keep an eye on these two as they straddle the world of the tried and true, and the cutting edge.

Ionic is often mentioned when talking about the latest and greatest. Known as a powerhouse when wrapping Angular framework, Ionic also uses Cordova to help it expand its reach to all platforms.

Finally, Intel XDK. Yes, it has a famous first name, but in the mobile app development world it is touted as the next big thing. With the ability to not only develop on the usual mobile app platforms like Android, iOS and Linux, but also on web apps such as Firefox, Amazon and Facebook. The term “game changer” is often thrown around when discussing Intel XDK.