Best 8 Programming Languages to Learn in 2019 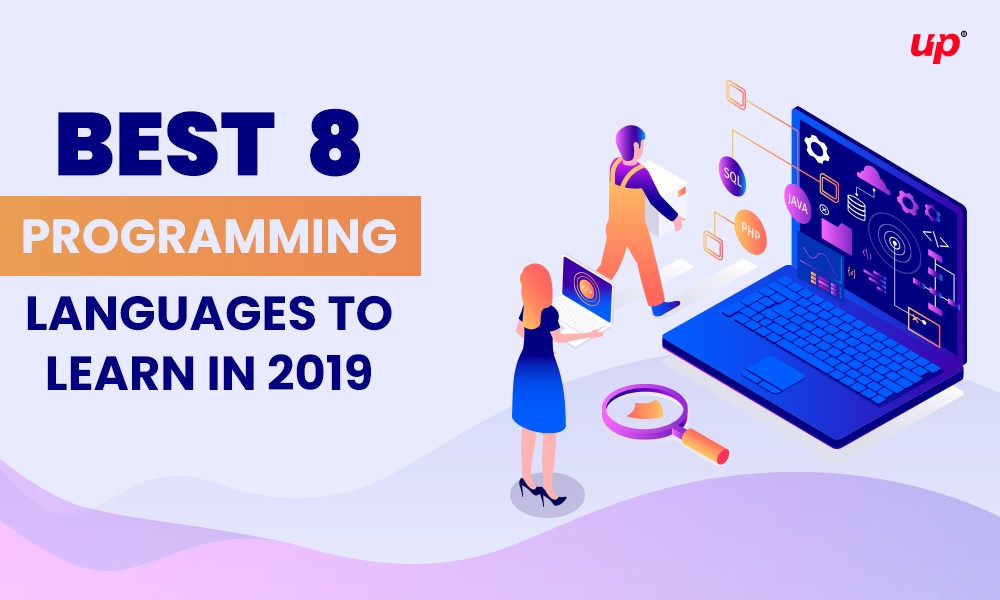 From the past few years, mobile apps are growing so much faster than ever before. The same speed resulted in the introduction of many new programming languages and updates in existing ones. If you are an App Developer, coding is one of the most popular and rewarding habits you can have in this technological era. Due to inception, a variety of programming languages might confuse you to choose the best for your case. But do not need to worry; we have got your back. In this blog, we will discuss the best 8 languages for coding that every software developer should know to use in coding the software programs.

Before we proceed in details, I want to list out several features of the best programming language that can affect the selection: 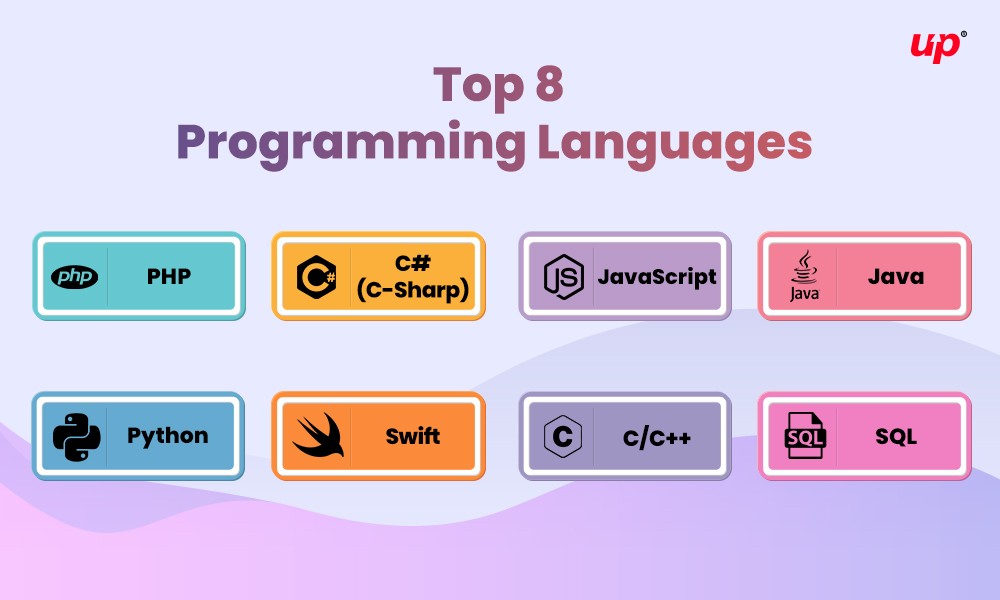 JavaScript is the top programming language with the most contributors in all size of organizations across the world. It is quietly impossible to be a software programmer these days without incorporating JavaScript in some way.

According to a survey in 2018, JavaScript is the most popular language from continuously six years. Along with HTML and CSS, JavaScript is crucial to front-end web development. A lot of the most popular sites of web, from Facebook & Twitter to Gmail & YouTube, rely on JavaScript to develop interactive web pages and dynamically display content to the user. There are also a variety of libraries and frameworks intended to make JavaScript development easier. It is one of the friendliest programming languages for the beginners.

Java is a general-purpose language and has been a mainstay in the computer world for more than 20 years. It is so popular because it runs on the phenomena of “write once, run everywhere”. Java is object-oriented and you can code Java software on any devices, compile into low-level machine code and finally executed on any platform by using Java Virtual Machine (JVM). And this makes Java, highly compatible with cross-platform.

It is a basis for the Android operating system and the most common language for developing Android applications. With so many good causes and a variety of business applications, possessing vast flexibility and java is all time beginners’ choice.

Python is the most user-friendly programming language. It is said that Python’s syntax is clear, intuitive and almost English-like, which makes it a popular choice for beginners. Like Java, Python also has a wide range of applications that make it a versatile, powerful option when choosing the best programming language. Due to its simple function library and ideal structure, it supports neural networks and development of NLP solutions. As compared to Java and C++, it is faster in development. Python’s data applications make it a brilliant choice for the academically.

PHP is another powerful option for web developers. This language is created to maintaining the purpose of Personal Home Page (PHP) and it powers 83% of websites globally. PHP is clearly a scripted language which operates on a server and used to create web pages written in HTML. It has been an essential back-end tool for tech giants like Wikipedia, Facebook, and Yahoo. PHP is also popular for WordPress content management system (CMS). It also transfers data through querying databases like PostgreSQL and MySQL.

Just like JavaScript, PHP also offers a variety of frameworks like Laravel and Drupal which help developers to create applications faster and make them bug-free and secure.

Next on the list is C#. It is a strong, modern, and object-oriented coding language developed by Microsoft in 2000. It offers faster execution and has less response time which is applied in search engines and the development of computer games. C++ permits extensive use of algorithms and it is efficient in using statistical AI techniques. Another crucial factor is that C++ supports the re-use of programs in the development process due to inheritance and data-hiding, so it is efficient in time and cost saving. C++ is also efficient for machine learning and neural network.

Swift is as smooth as its name. It is developed by Apple in 2014. It is a compiled programming language for various platform applications like iOS, macOS, tvOS, watchOS, and Linux. Swift is a brilliant way to write software whether it is for mobile phones, desktops, servers or any other thing that runs code. Swift is general-purpose, an open-source language and friendly for new users. It is considered to be a fast, secure, and easy to read and debug.

C is an old programming language that is still well today. Since the introduction in the 1970s, C has had a strong influence on computer programming, despite its sheer learning curve. There is a wide range of languages in the C family that have been either derived from C or highly influenced by its syntax, constructs, and paradigms such as Java, Objective-C, and C#. It is the basis for the Linux OS and is often used for programming embedded systems.

One of the most direct successors of C language is C++. It is developed by Bjarne Stroustrup in 1983. C++ is an object-oriented programming language and a better option when developing higher-level applications. It is a specifically popular choice for computer graphics, video games and virtual reality (VR).

SQL stands for Structured Query Language is used to operate databases include storing, manipulating and retrieving data for the relational database management system. SQL keeps data precise and secure, and it also helps in maintaining the integrity of databases, irrespective of its size. It is developed at IBM in 1974 and commercially released in 1979. This language is simple, reliable, and provides exclusive database management for developers.

Today SQL is used across web frameworks and database applications. If you are well experienced in SQL, you can have better command over data exploration and effective decision making.

Fluper is the Top Rated Mobile App Development Company. Since the inception, it is always on top and ready 24*7 to provide you best consultancy in IT filed.

Top App Developers Interview: Augmatiks
Why Xamarin is considered to be the most important framework for mobile app development?