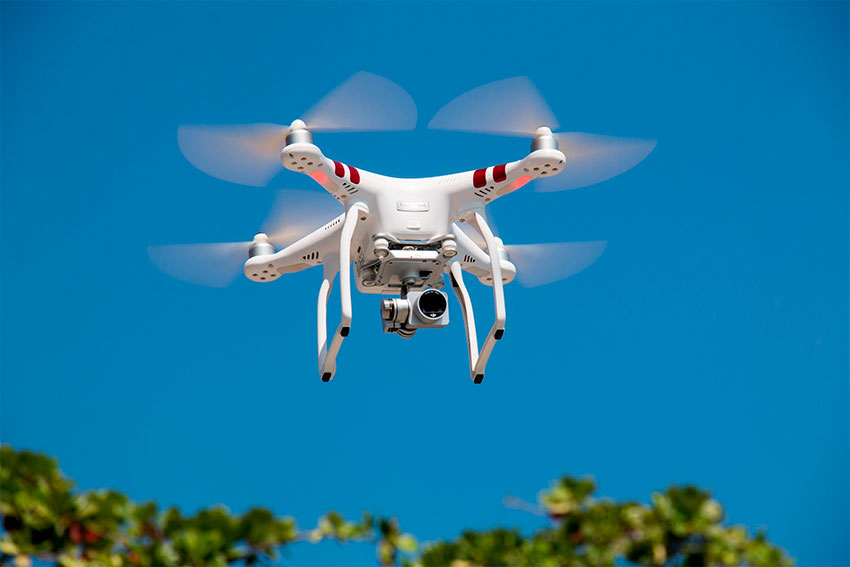 Don't you cherish the notion of flying a drone to make a video that can capture the view from different angles? Well! drones are available around the world from decades. And! A major industry- defense is utilizing it from the time of World War 2.

Lately, drones have become quite popular, and have started to immerse in human life more. Altogether, businesses have also found the use of this extraordinary device.

Over time, drones have evolved a lot and have got empowered with numbers of functionalities. Consequently, a category named "Autonomous drones" was coined. Businesses have related how these devices can transform various business verticals.

So, let's understand more about them.

You would have seen that a person operates a drone through remote control. Those primitive devices are now being replaced with a new autonomous one. These evolved devices are more useful in the times when the pilot is no longer actively involved in the operation. Such drones enable pilots to monitor locations remotely and only take control in his hand when it is absolutely necessary.

Altogether, drones have a got another category where autonomous drones can function even if the GPS is not available due to certain reasons like GPS-denied ecosystem or GPS intermittent issues. These devices have got freed from various limitations and can fly autonomously in pilot's sight or beyond, though, have got some limitations.

Today, several industries are adopting these devices to accomplish various business avenues. In fact, drones are driving numerous tasks such as the delivery of goods, surveillance, asset inspections, inspecting dangerous areas, and many more. Altogether, industries like construction, transportation, agriculture and more are using it to monitor aspects where human risk is involved.

Even, people in China are using these drone to look after the crop, altogether these drones are being embedded with IoT Technology to make things more advanced. Actually, drones are opening the door for various opportunities and their potential is strengthening their roots.

Since these devices are gaining prominence in the market, technology experts are endeavoring to make them more advanced. In order to achieve higher-level support, the integration of IoT and AI is picking up the pace.

Drones embedded with sensors are very useful for industries like Agriculture, as they can incur the data from the environment and can monitor various aspects of plants, such as bugs in plants and more.

Where AI integration can make the drone smarter, so that the drone can recommend the minerals that should be given to the plants while it gets infected. These certain types of functionalities are being tested in several research centers. Indeed, the integration of IoT technology and AI will transform the current trends and will lessen human labor in certain ways.

Though, the challenges would block the path of enhancement. Here are some points that determine the expected challenges and Potential of autonomous drones.

The newer generation autonomous drones are embedded with Camera & Deep learning, that provide the vision for autonomous navigation, but AI is not offering expected outcomes. While data, necessary to train drones is still lacking and various use cases have failed, therefore the model does not cooperate the drone fly with pilot manual control for accessing the data.

Altogether, there is a huge requirement of transmissions with higher bandwidth for remote monitoring. The advancements in this space will surely mind-boggling and will require continual problem-solving.

As it is evident that IoT technology integration will be a major advancement, the concept of connected drones will boost its significance. The fact is that autonomous drones connected with the cloud can provide various advantages like flying off a fleet of drones and their remote operation, flight planning for drone fleets, integrating new AI models in drones, pushing upgrades directly from cloud in the drones, real-time data recording, and transmission, logging and more.

Indeed, these all functionalities will be very useful for industries, though the implementation will include several pitfalls and challenges such as connectivity and data security.

These autonomous devices are greatly useful and can provide us real-time access to a certain aspect, to view the degree of damage in industrial assets and many more. Altogether, drones can enable site monitoring for the construction industry.

Many other industries can utilize drones in various ways, such as drones that can carry weights can be used in retail stores to arrange the products in different sections. It will reduce human labor.

Though, the major challenge would be the integration of technologies and deployment of algorithms to accomplish tasks as per the need of the industry.

However, there is no doubt in saying that drones are very potential and integration of technologies like AI, deep learning and IoT also makes it a flourishing aspect. There is another possibility that drones can get connected with cellulars and can offer live telecast even on phones.

How this all will take place, is the aspect to be seen in the future. Till the time, AI & IoT technology experts explore more ways to make autonomous drones more advanced and futuristic. Developers at Techugo, are striving to implement these technologies in various industrial aspects. However, intelligent autonomous drones will help various industries to offer their customers more specialized services and will help in reducing human life risks that arise during the inspection of various dangerous sites.

Aren't autonomous tools useful for industries? Well! Indeed they are. To know more about them, stay tuned.

Blockchain: A Robust Technology Transforming the Business World
Potential Media Stremaing Experience Yet to Be Witnessed

5 Reasons to Implement Artificial Intelligence in your CRM

How Artificial Intelligence Is Transforming the Airline Industry
Create project