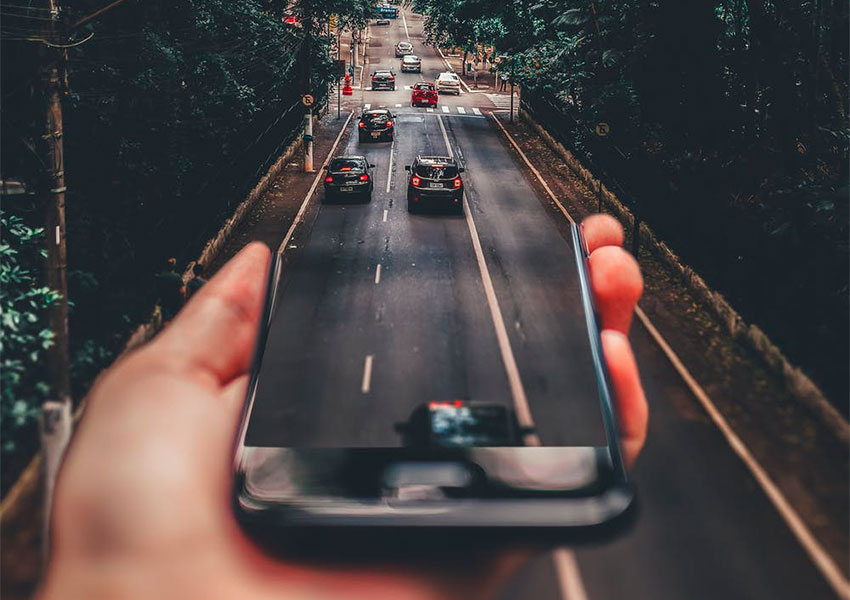 Can you imagine driving your car in a virtual environment? Driving through an imaginary space having incredible surrounding, having tempting paths with numbers of imaginary objects both dreadful and heart pleasing.

Hey! Stop dreaming. Yes! this is true that with the emergence of virtual reality it is possible someday. But! for now, driving with an augmented setup is what that you can cherish.

The automobile business giants are engaged in creating Augmented reality based systems that can transform your driving experience completely. The fancy, augmented reality is creating these days is remarkable but you need to know that the real breakthrough occurs in the automotive industry. Several automotive giants are inspired to offer enhanced and alluring consumer experience, therefore they are striving to implement AR technology into the car systems.

Surely, you would be thinking about how AR can be implemented in cars. Don't think too much, take a glimpse of it. Though, before you should know what is AR technology.

In a nutshell, Augmented reality is a layer including a virtual object over the current reality, that need not be confused with creating an entirely different virtual reality world. This technology typically works with visuals, but can also work along with sound and touch. AR typically adds the current real-world setting and offers you an enhanced reality mix. This also keeps necessary aspects out of the way and creates clear visibility.

Significance of AR For Automotive Industry

This technology is the potential to address the most common issue while driving, which is obstructed visibility. Drivers always suffer from this issue, AR can solve this issue by offering high-grade visibility.

Not just the visibility, AR can bring many more other changes in cars such as- an AR-based Holographic Navigation system. Outside the vehicle, it can help in the maintenance and help in car creation. Today, this technology has become a most sought after integration in manufacturing. Therefore, automakers are aspiring to implement AR in their factories.

Tesla is already ahead in this race, as it has planted an AR-based system to automate different factory processes such as configuration, setup, calibration, and quality check. Altogether, various other businesses have utilized this technology and the number investment will apparently grow by 2020. Though, there are some aspects that need to be looked. So, take a glimpse.

How AR Is Affecting Automotive Industry?

The screen available in cars has been added with revolutionizing maps, though for some people it is still hard to read the map. Augmented reality can change the overall map experience, by delivering a more understandable experience that needs no comprehension of distance, direction orientation and angles.

Have you ever watched those TV commercials having "follow the green line"? That is the direction where car navigation is moving forward. Mercedes is already working on AR navigation having more improved and advanced navigation systems putting down instructions over objects, employing live camera view. This is the first system that offers an augmented-reality navigation screen.

This system notifies the driver with street name, building address and turn instruction, whenever the next turn approaches. The company has told that this feature will stretch to windshield from the dashboard. Altogether, it has determined its abstraction of head-up augmented reality over the path.

The advancements in this space are rising, WayRay has already unveiled a wide-screen laser holography projector, which is an amazing instrument and creates a full AR screen.

Driving is an amazing activity in itself, though long drives become boring sometimes. This experience can be made more exciting and engaging with the help of AR. Warner Bros and Intel showed a more speculative use of AR at CSE 2019, this was resembling the Batman experience for self-driving cars. Such experience sounds a bit strange and silly, but it signifies something important. With this, a virtual system has been created to consolidate the confidence that 'someone' is controlling everything in the machine and eliminating the certainties attached with autonomous vehicles.

This is a remarkable system, that augments the outside world into a virtual Gotham and eliminated the same old tedium of everyday drive. The augmentation created through this system is opulently rich and closely attached to virtual reality, but there are no goggles to offer VR experience.

This signifies that the automotive industry will go under huge transformation. If you want to know more Stay Tuned with Techugo.