Are Apple CarPlay and Android Auto the next big thing in mobile apps?

The smartphone has become an integral part of our life and technology touches several aspects such as communication, learning and driving as well. Android Auto and Apple CarPlay are not just the extensions of the smartphone technology. They draw our attention to a new ecosystem that has potential to radically transform our driving experience.

WHAT IS ANDROID AUTOR AND CARPLAY? 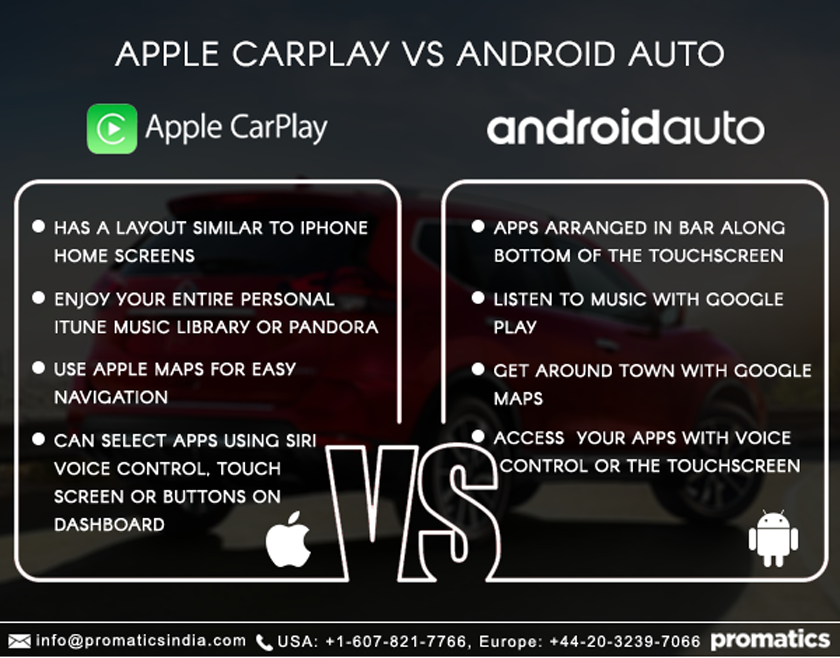 Android Auto is a Google product while CarPlay is an Apple product. Both in-car infotainment systems aim to make the car infotainment smarter, convenient and increase passenger and driver’s safety. Today it is hard to imagine navigating through narrow lanes or unknown part of the city without looking at Google Maps or Maps Connect. We are used to our smartphone telling directions, which turn we have to take and how much time will it take to reach the destination.

While finding our way, we have to frequently look at the map displayed on the smartphone screen to get clarity about the instructions. This may be a normal behavior while walking but if you act the same way while driving your car, you are more likely to meet an accident as your attention is divided between smartphone screen and the road.

Android Auto and CarPlay bring several helpful apps from your phone’s screen to your car’s screen so that you never have to look away from the road again. All information is projected on the car’s screen and it keeps the driver aware of the traffic and also makes navigation much easier.

WHY ARE ANDROID AUTO AND CARPLAY BETTER THAN A SMARTPHONE?

Many people question the need for a separate infotainment system when their functionalities are more or less similar to the ones on the smartphones. This is far from the truth. In fact, in-car infotainment systems like Android Auto and CarPlay are better than smartphones in many aspects. Here are some major differences:

When it comes to efficiency and multitasking, the smartphones are no match to Android Auto and CarPlay. Your head unit of infotainment system can let you do everything – navigation, text messages, phone calls, climate control, music and radio without missing a beat.

WHAT KIND OF APPS ARE USEFUL WHILE DRIVING? 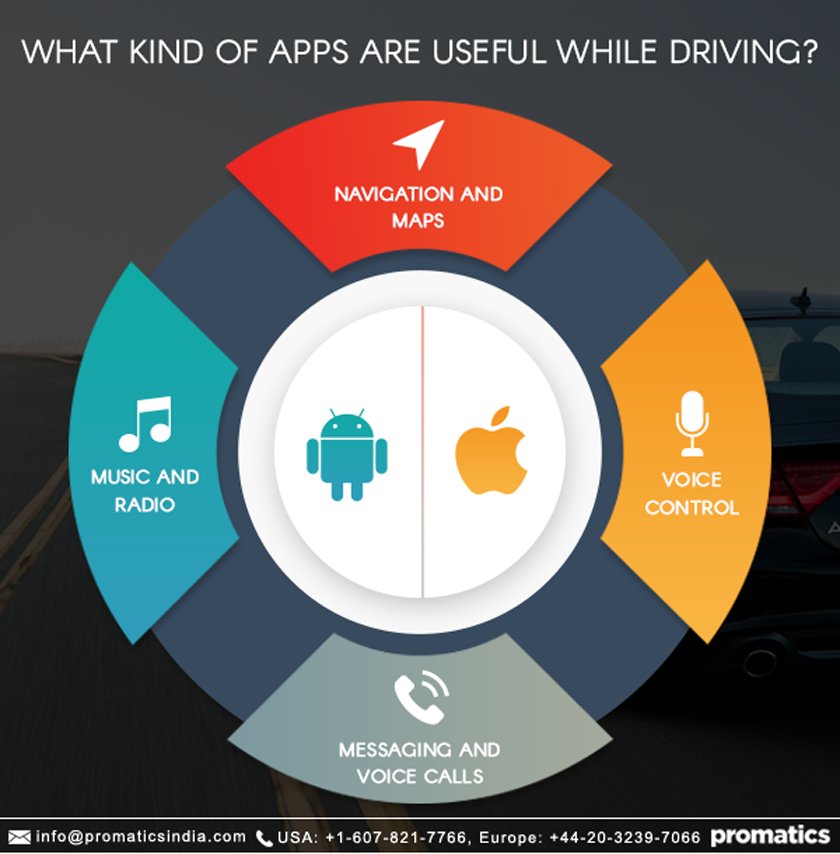 Developing mobile apps for Android Auto and CarPlay will not be easy as the core apps in these infotainment systems satisfy the majority of the needs while driving. However, the future seems promising and there are several new car app categories that might be useful in the near future:

se are some promising areas for mobile car app development that are more likely to be hit in the future. However, the mobile app development for Android Auto and CarPlay will be limited to two categories:

THE FUTURE OF CARPLAY AND ANDROID AUTO IS PROMISING 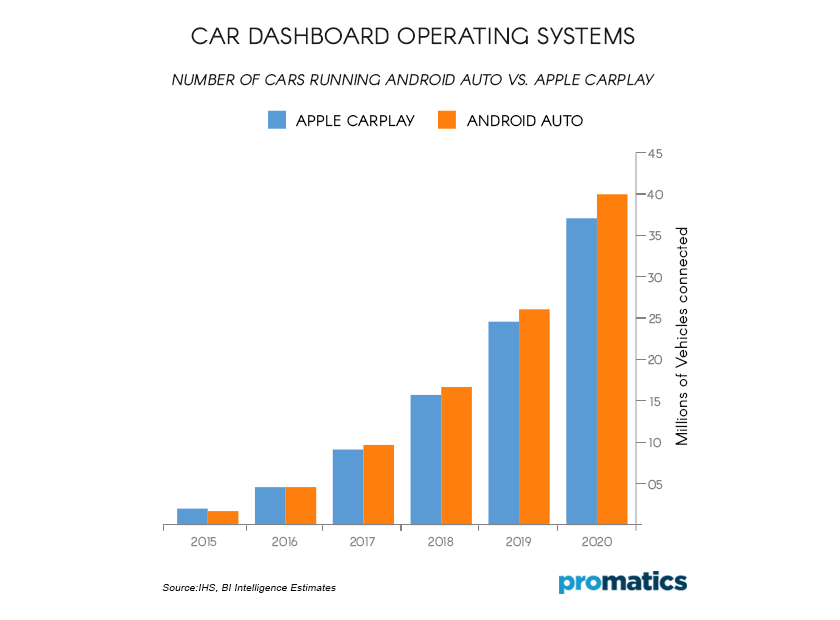 ording to IHS estimates, by 2020 around 40 million cars will have Android Auto and 37.1 million cars will have CarPlay installed. The report also mentions that the connected car platform will be the new playground for the tech giants and the market will be more lucrative for mobile app developers. After all, one of the reasons for Android ecosystem popularity is the largest number of apps available at the Google Play Store. The open source characteristics of Android Auto platform will attract a larger number of mobile car app developers.

le’s CarPlay is also expected to attract a large number of app developers as premium applications are larger in number at the App Store and mobile app development companies can earn more revenue by developing apps for CarPlay whereas Android app developers primarily depend on the ad revenue generated through the free apps.

ile app development companies have been showing support to Android Auto since its release and the support is likely to grow in the future. As Google updates its in-car infotainment regularly, mobile app developers will have new ways to integrate their apps to the car infotainment system. Apple is also likely to toe the same line to maintain the popularity of their CarPlay. As the motor world becomes smarter with technology, the CarPlay and Android Auto will be the next big thing in mobile apps.