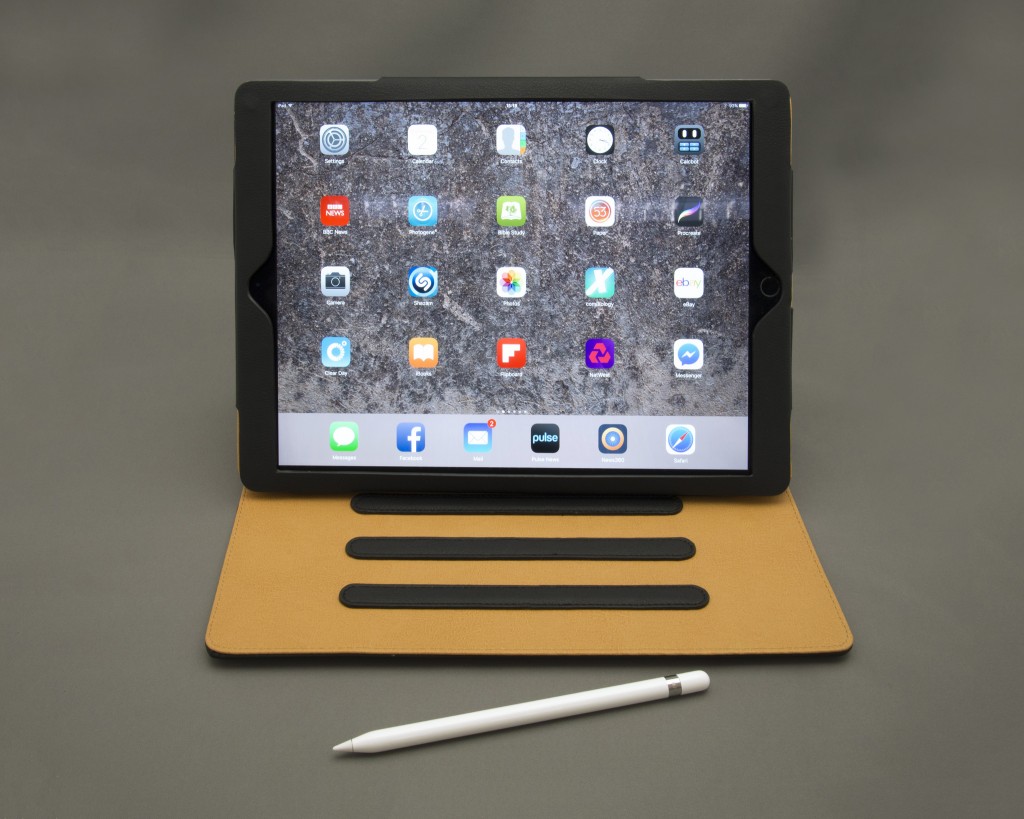 The newest iPad is a 12.9-inch device called iPad Pro, and it’s the biggest iPad ever. It comes with the Apple Pencil, a stylus that includes pressure sensitive technology and can be used simultaneously with a finger. The Apple Pencil costs $99 and it’s available with the iPad Pro since November.

The Apple Pencil is highly responsive and promises almost no lag, because its latency (the tiny delay between when you begin drawing and the time it appears on the screen) has been reduced to an almost imperceptible level. The iPad Pro is also able to make the difference and know whether you’re using your finger or the Apple Pencil. When it feels it’s the Apple Pencil, the system scans its signal at an astounding 240 times per second, giving it twice the data points it normally collects with your finger.

The Apple Pencil allows you to draw lines of any weight just by applying different pressures, and you can add shading just with a tilt of the hand. The stylus can be recharged right from the iPad Pro's port, via a Lightning connector hidden inside its body. A full charge offers 12 hours of use, and 15 seconds of charging can add 30 minutes of usage time.

Many Apple apps will support Apple Pencil, including the new Notes and Mail apps in iOS 9. It will also work in third-party apps, including Microsoft's Office suite for the iPad and Adobe's suite of Photoshop apps for the iPad. 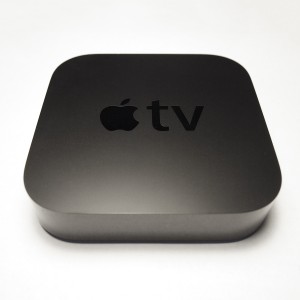 Apple TV’s newest version was launched in October. Most of the reviewers criticize Apple TV declaring the Cupertino company hasn’t reinvented TV yet and that there’s better or, at least, similar and cheaper products by Amazon or Roku. They all mention the same issues: lack of 4K video playback, text input annoyances and lack of Siri dictation support. However, they all agree Apple TV probably provides the best video experience on the market.

One of Apple TV’s best things is its new Siri remote, featuring an intuitive glass touchpad that you swipe and tap with your thumb like an iPhone. This responsive, thumb-sized touchpad lets you fly through menus, lists of TV show thumbnails and videos without even having to look down. The new remote makes the new Apple TV faster and easier to navigate: you simply need to ask Siri what you want to see and it will appear on the screen. If you want to watch a movie but don’t know which one to choose, you can ask “Show me comedies” and Siri will propose you a comprehensive list. 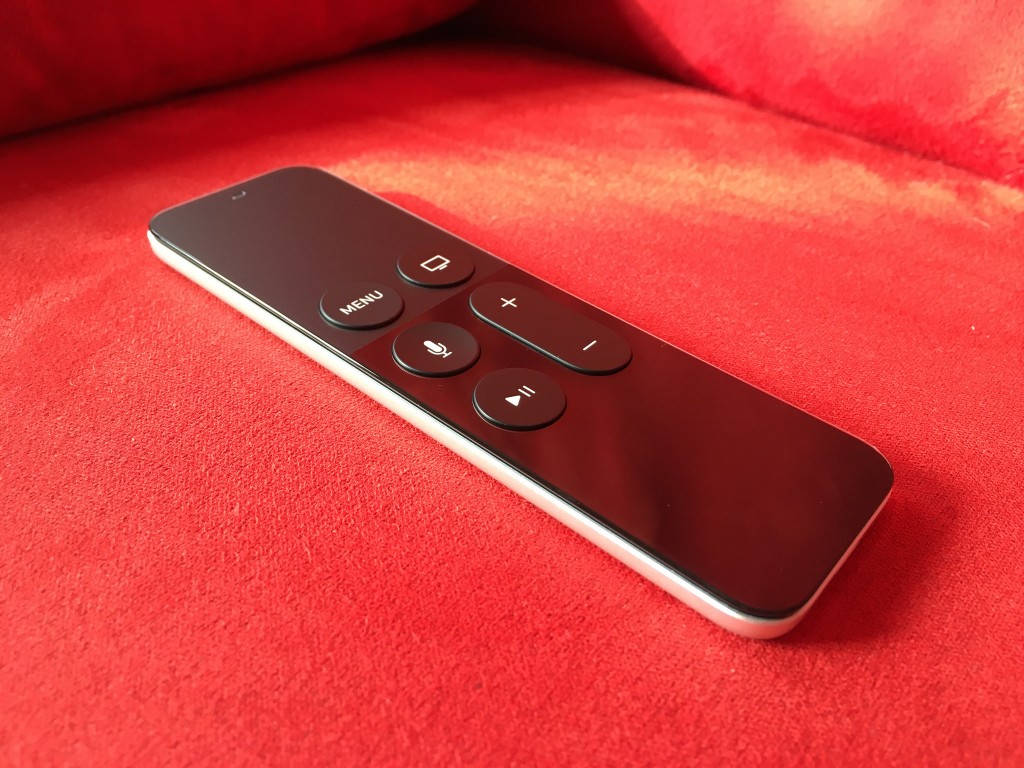 Conversely, not being able to search the App Store using Siri’s voice search is an important drawback, because it makes App Store searching very hard to navigate.

Reviewers also affirm that the keyboard you need to use to search for apps or content in services is not enabled for Siri.

Another weakness of Apple's TV is that there's no dedicated app for Amazon or any other video service beyond iTunes and that non-entertainment apps aren't very attractive yet. That means that to get the most out of Apple TV you need to have already purchased Apple’s services (games, movies, etc) on iTunes. Apple TV launched exclusively with iTunes, Netflix, Hulu, Showtime and HBO results, but Apple CEO Tim Cook announced that they will offer an API for universal search so that others can join in.

Finally, Apple TV’s latest version can’t restore apps and settings from the old model to the new one, which can be quite annoying.

To sum up, the new Apple TV offers the most polished video experience today, with fast reactions and a familiar yet attractive interface, with Siri making content easier to find. On the downsides part, there’s lack of support for 4K video playback and lack of content.

In order to boost the content issue, Apple encourages developers to create content specially focused on social and interactive experiences. Apple TV doesn’t work through gestures or via a mouse that allows users to directly select and interact with an app. Instead, they use the new Siri Remote or a game controller to move around the screen. 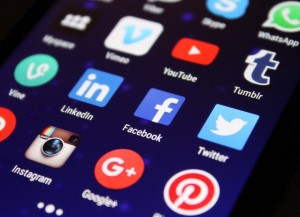 In addition to the new controls, Apple states that the overall user experience is drastically different: Macs and iOS devices generally provide a single-person experience, but with the new Apple TV they want several people to interact with the TV from the sofa. Users can now play games, use productivity and social apps, watch movies, and enjoy shared experiences; all thesenew features bring new opportunities for developers.

As with Apple TV the user experience becomes more social, Apple thinks developers should take advantage of it and design compelling apps in this interactive, multiuser direction.

Developing for Apple TV is quite easy: tvOS is derived from iOS, though it is a different OS, including some frameworks that are supported only on tvOS. The process for creating apps for Apple TV is similar to creating iOS apps: you can create games, utility apps, media apps, and more using the same techniques and frameworks used by iOS.

The familiarity of iOS development combined with support for a shared, multiuser experience, opens up areas of possibilities for app development that you won’t find on iOS devices.

Developers can create new apps or use their iOS code as a starting point for a tvOS app, and they can use tools (Xcode) and languages (Objective-C, Swift, and JavaScript) that they are already familiar with. The only think you have to keep in mind is that local storage is limited at a maximum size of 200 MB for an Apple TV app.

Although iOS and tvOS apps are distinct entities (meaning there isn’t a single binary that runs on both platforms), developers can create a universal purchase that bundles these apps. This way, the user purchases an app once, and gets both the iOS version for their iOS devices and a tvOS version for Apple TV.