AppFutura
Published on May 25, 2015 in App Development 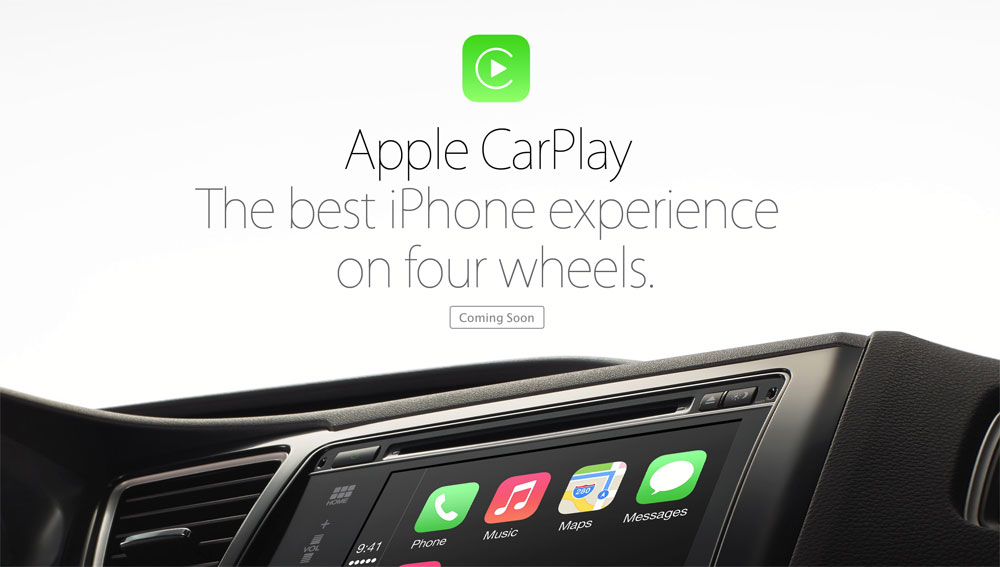 Apple CarPlay is a smarter, safer way to use your iPhone in the car. Thanks to this system, you can do anything you’d do with your iPhone without needing to touch it: CarPlay will put everything right on your car’s built-in display. CarPlay is compatible with iPhone models 5, 5c, 5s, 6 and 6 Plus.

With CarPlay you can get directions, make calls, listen to voicemail, send and receive messages or listen to your music while you drive, all while you are still focused on the road. To make it work, you just have to plug your iPhone and go.

Apple CarPlay lets you use all your iPhone’s functionality without touching it or looking at it. That includes answering phone calls, get directions, playing your music, navigating to the shops, reading and sending text messages.

Apple Maps comes complete with turn-by-turn directions, traffic conditions and estimated travel time. It can also predict where you most likely want to go using addresses from your email, text messages or contacts.

When you receive a text message, Siri will read it out loud for you; to reply, you just have to dictate and Siri will write the message for you. It’s interesting to point that there is no other way to compose a text other than through voice command, to avoid distractions. To call, you just have to say a contact name.

To listen to music, you’ll be able to access all the artists, songs and playlists on your iPhone using your car’s built-in controls or asking Siri. CarPlay also supports other audio apps you’ve downloaded to your iPhone, including podcasts, Spotify, Stitcher, Umano and more coming soon. 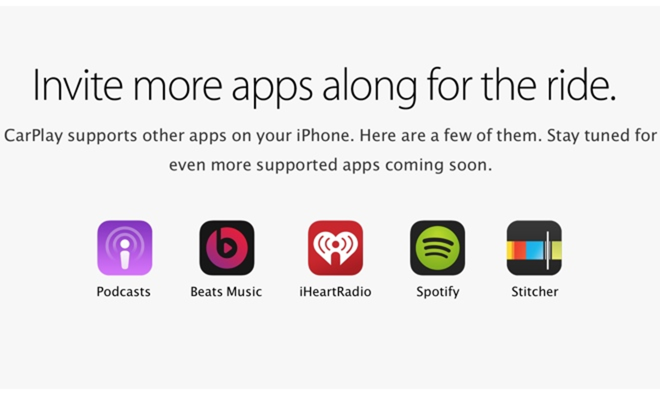 There are three ways to control CarPlay: using Siri, using a touchscreen display or using your knobs. CarPlay features Apple’s famous Siri voice control, so to activate it you just have to press and hold the voice control button on the steering wheel and ask anything you want. However, some early users complain that Siri is a bad co-pilot, and that it has a lot of problems understanding simple voice commands.

CarPlay also works with your car’s controls: knobs, dials and buttons. If your car is equipped with a touchscreen, you can also use it to control Apple CarPlay. All the icons have the same design as in iOS but are a little larger for easier viewing while on the road, so you can stay focused on driving.

Apple and Google have the same goal this year: bring a safe mobile experience to your car. Some say that Google is already ahead of Apple when it comes to in-car technology. But actually, both systems look pretty similar and provide parallel features: both need to be connected to your phone through a cable to work, both let you get directions, synchronize your music, receive calls, read and reply messages via voice commands, etc. And after all, both Apple CarPlay and Android Auto are just a mirror of your phone (which is in fact not very exciting and quite dangerous, because who can be totally focused on the road as required while receiving ten text messages per minute?).

About the home screens, when you plug in your iPhone, the CarPlay logo will appear and you’ll be able to launch the interface from the car’s in-dash screen. On the home screen you’ll have all the basic options: Phone, Music, Maps, Messages, Now Playing, and Podcasts.

With Android Auto, the experience is very similar to Google Now on a smarpthone. The home is filled with Google Now-like cards that will show relevant information depending on the situation. This acts as a home base for all notifications, navigation, and music. There’s not a traditional “home screen” as you’ll find with CarPlay. 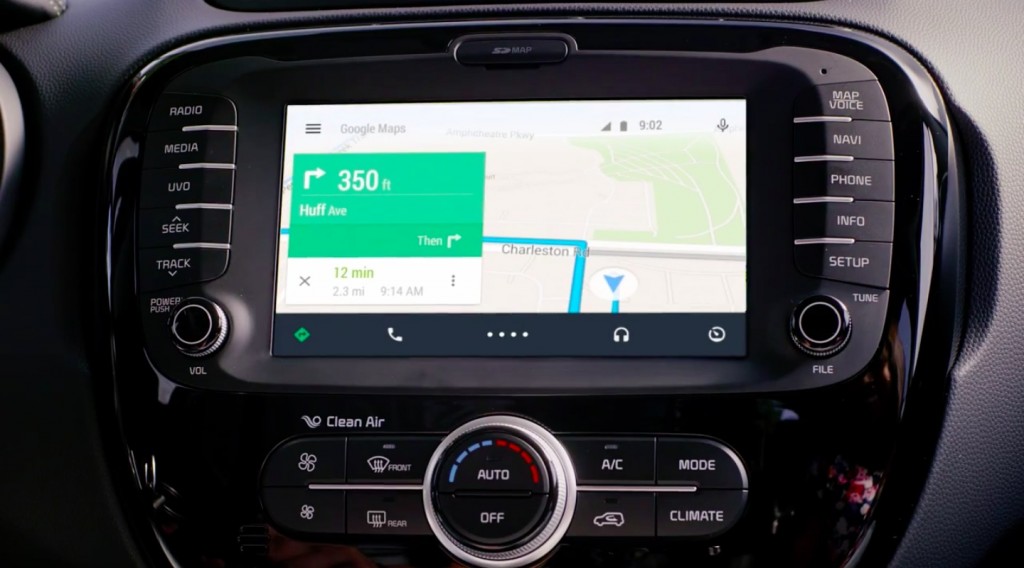 It’s still very soon to say which system is better, but for now Android Auto wins in terms of design, user interface controls and fluidity: Android Auto interface takes on the Google’s Material Design look that comes along with Android 5.0 Lollipop, so the navigation is very clean and fluid. CarPlay’s design seems too simple, but also features identical functionality for its native platform. For the moment, CarPlay only offers extremely basic functions and needs more apps (Apple plans to allow third parties to build CarPlay compatibility into their apps, making them usable through the system). In general terms, journalists and early testers criticize that CarPlay provides a very (too) simple experience.

Android Auto is still in beta, but the APIs and SDK have been made available to developers which will allow apps to roll out integration in the near future. With CarPlay there’s an API, but Apple will need to whitelist apps for them to be available.

Are there any cars already including Apple CarPlay?

For the time being, the expensive Ferrari FF is the first and only commercially available vehicle in the world with Apple CarPlay. Mercedes-Benz will get it out in its C-class in a 2015 model, and Volvo will include it in its XC90 SUV model. The Volvo and Mercedes models join Honda, Hyundai and Jaguar models, which have been set up for a 2015 release date since the beginning.

You’ll also be able to add CarPlay to your current car with an aftermarket system from Alpine or Pioneer. 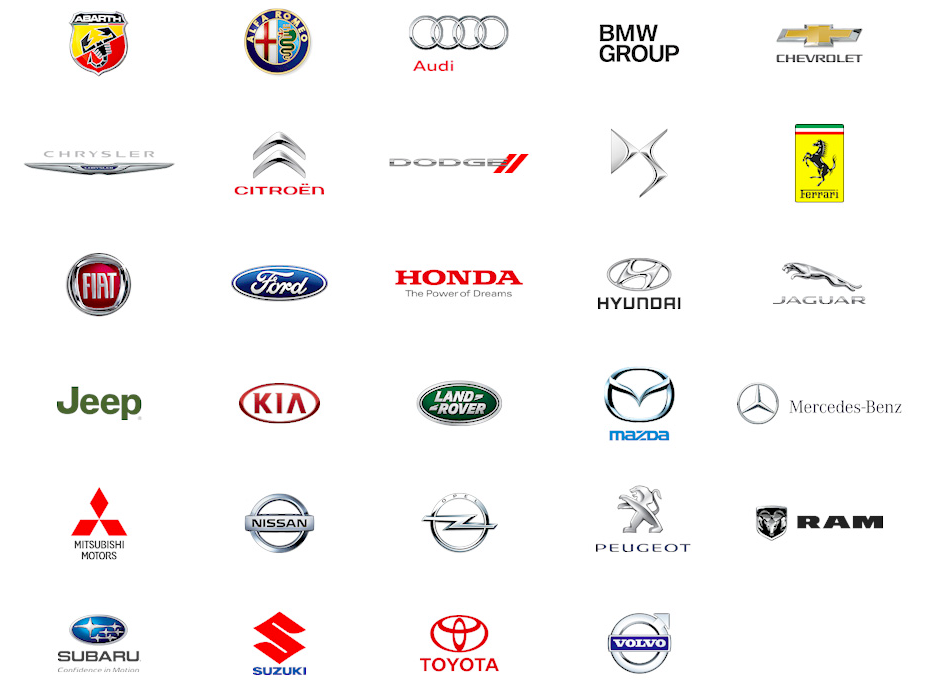