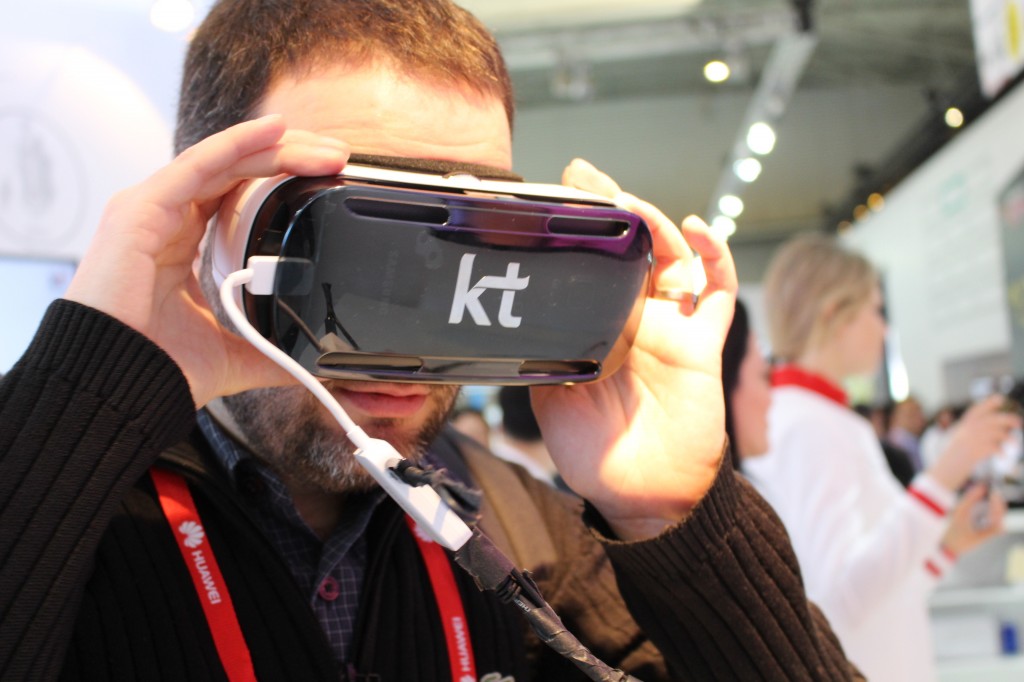 The Mobile World Congress is over, we have met so many interesting developers and it has been such a great experience for us one more year. We have also had the opportunity to meet some of our best developers in the platform in person.

We already published an overview of the first devices presented at the MWC. Our last daty in the MWC we saw that BlackBerry showed its new flagship too. We've read a lot of reviews about the BlakBerry Priv, and one of the most criticized points about it was the camera delay when taking pictures. 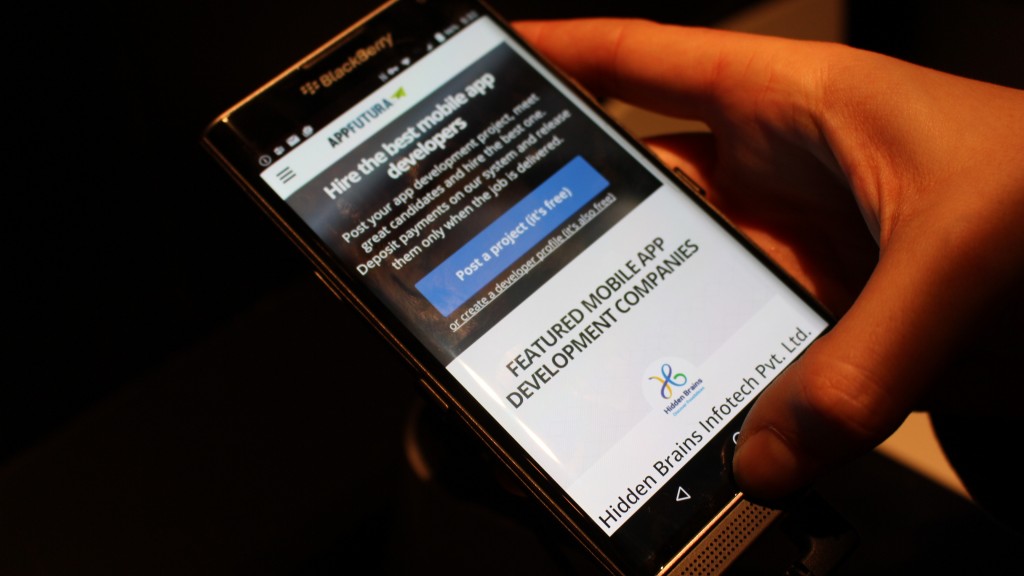 We all know BlackBerrys are not used by photographers neither by people who want to have lots of apps or games, but at AppFutura we think a camera that works properly is not much to ask. We tried taking pictures at the BlackBerry stand and we found that the camera had a 2 seconds delay. The size of the device is quite similar to the previous ones, but the keyboard is now a slide out 4 row physical and also an on screen BlackBerry keyboard.

BlackBerry priv is an all-touch screen with a touch enabled keyboard with some surprises (for example, you can scroll up and down with some keys of the keyboard). The screen is also big enough to have a good navigation experience (5.4inch), it runs Android and a 3410mAh non-removable Lithium Ion battery that lasts up to 22.5 hours. The rear camera has 18 megapixel and an auto-focus.

But today, we want to focus on super tablets, Virtual Reality, connected cars and 5G. Let's start with the super tablets.

At the MWC we have seen two very similar devices, so it's a good idea to compare them. These are: the Huawei MateBook and the Microsoft Surface. The first one, Huawei MateBook, is our favourite. It has a great design, and Huawei has used very good materials, like metal. It's ultra thin design allows you to keep your MateBook everywhere. It weighs only 640 grams and has 6.9mm in slimness. The Huawei MateBook has a 6th Gen Intel Core m7 dual-core processor. You can also use the Huawei MatePen, which has a sensor to detect 2048 different levels of sensitivity. The MateBook has a new saving power mode and a 33.7 Wh high-density lithium battery. The super tablet runs Windows 10 and has a 12inch screen, you can also use the keyboard (450 grams). It has a 4GB/8GB Memory RAM and Wi-Fi and Bluetookth 4.1. connectivity. Huawei's MateBook has a 5 MP camera in the front. We have tried it and the use it is very easy and comfortable. 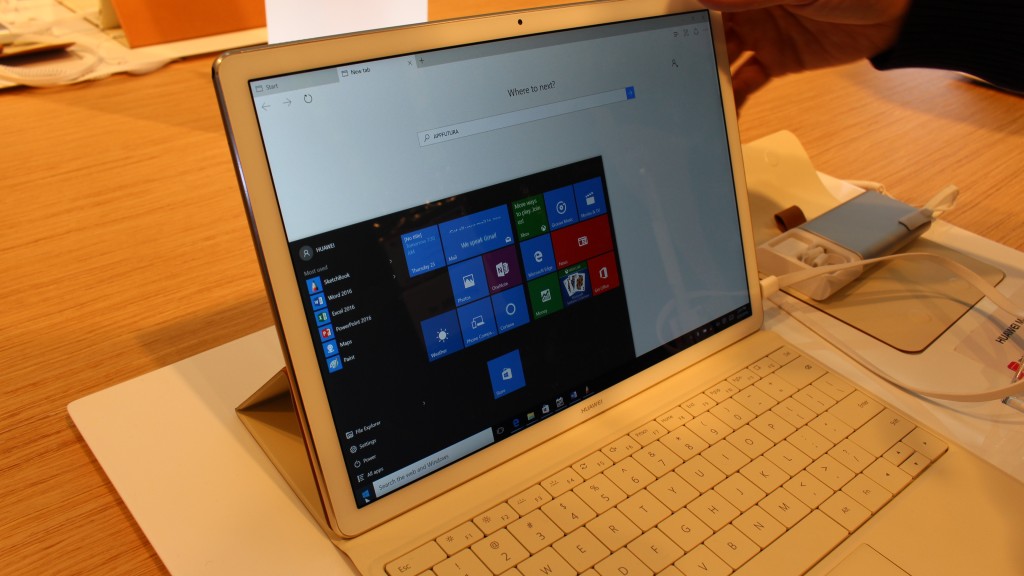 On the other hand we have the Microsoft Surface. Like the Huawei MateBook, it works like a laptop with the advantages of a tablet. A lot of reviews already warned us: the keyboard is not fantastic. And yes, they are right. The user experience is not as good as the one with the MateBook. With Surface you can take notes directly on screen, it has a 10 hour battery life. It is also very oriented to students. You can also add a 4G LTE3. The screen is 10.8 inch with a 1920 x 1280 Full HD Plus resolution. It's more or less as big as the Huawei MateBook and it has a 64GB and 128GB storage. The processor installed is an Intel® Atom™ x7. But at first sight, you can see the material used is not as good as the Huawei's. It is lighter (622 grams) but the way Microsoft has designed it to fold and unfold is more difficult for the user than the MateBook's. 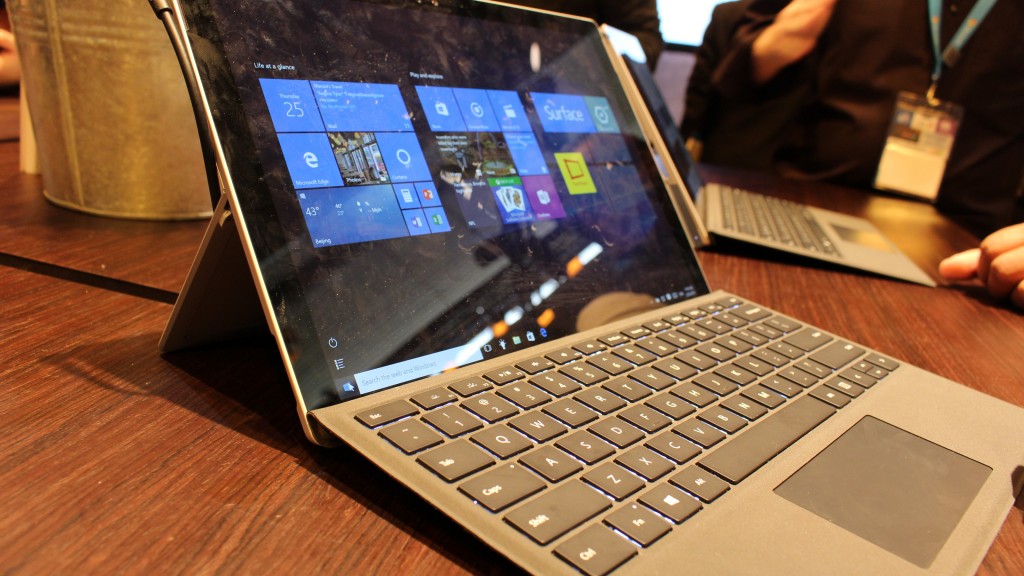 There is also the Microsoft Surface Book. It looks much more professional than the Microsoft Surface , the materials also look nicer. It is an ultra-thin laptop with the possibility of unclipping the screen so you can enjoy a super tablet of 13.5 inch PixelSense display with a portable clipboard. Its 6th Gen Intel® Core™ i5 or i7 processor with up to 16GB1 of memory and an optional discrete graphics chip allow designer to have a great experience with the Surface Book. The Surface Pen also has a wide range of sensitivity levels that will allow you to create and draw everything you want. The Surface Book runs Windows 10 (it seems like the best super tablets in the market right now use Windows as OS). It is heavier than the last two devices we have analyzed, this one weighs 1.516 grams, but the material used makes it seem lighter. It has a great resolution: 3000 x 2000 (267 PPI) and its battery lasts 12 hours of video playback. You can choose a 8GB or 16GB RAM. Using the Microsoft Surface Book was a great experience, and it fascinated us with the way you can clip and unclip the screen. 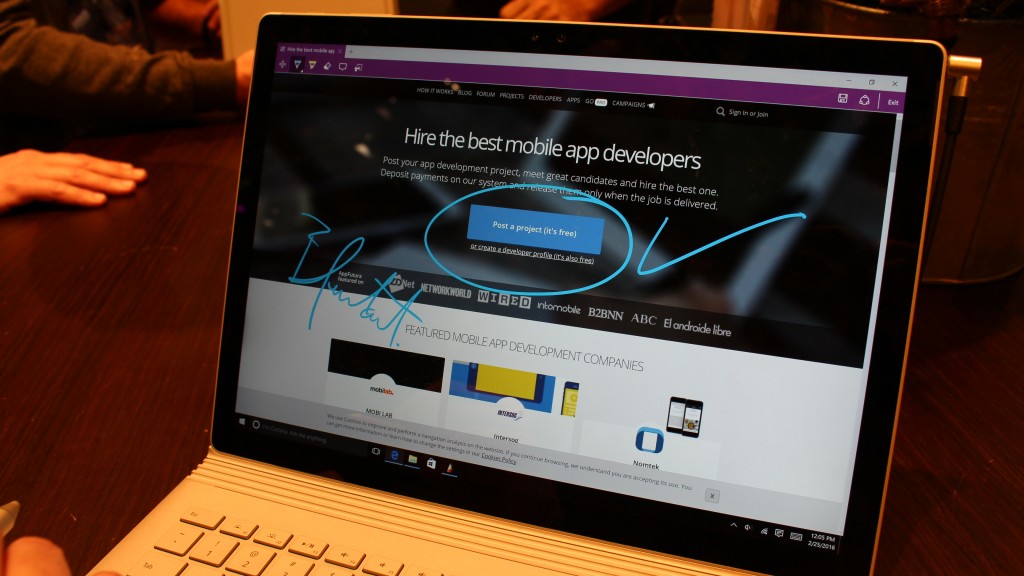 So, to sum up, if you are looking for a tablet that you can carry on every travel you make and you just want to use it to take notes or surf the web, we recommend you the Huawei MateBook, you'll be impressed. And if you are a designer that likes drawing on a screen, choose the Microsoft Surface Book. It is more expensive than the iPad Pro but it has a keyboard that is always useful, better resolutions and a bigger display. 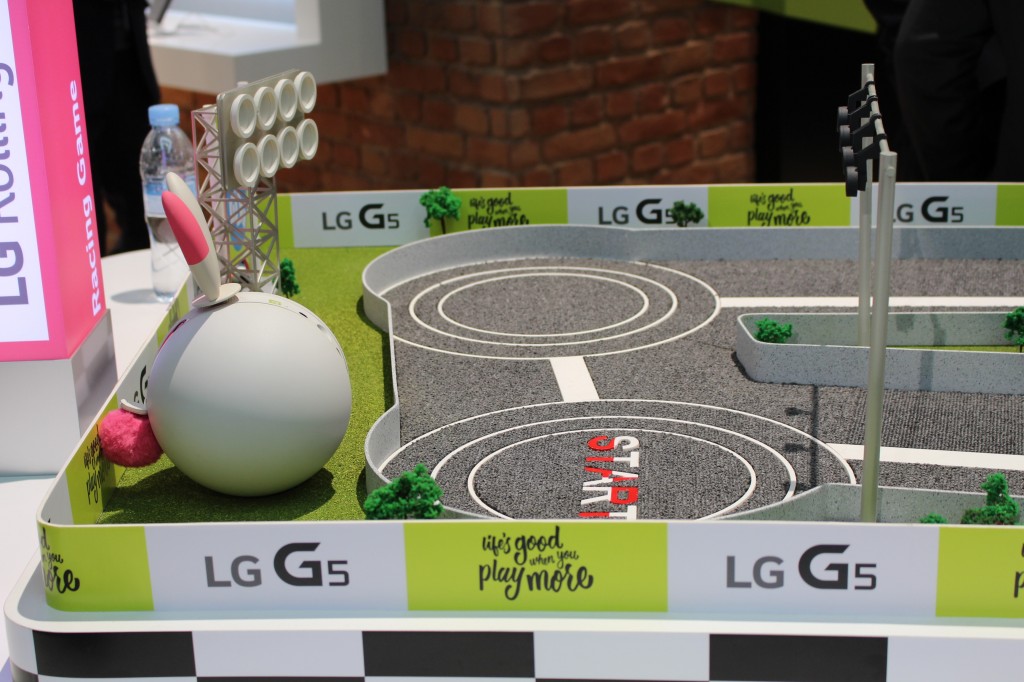 This year's Mobile World Congress was all about mobile and 5G. 5G connectivity is basic to achieve all the possibilities that the Internet of Things brings so Smart Cities can become even smarter. As said in the MWC conferences, the world expects that 2020 will be the year that 5G will be available almost everywhere. By 2020 there will be 38 billion devices connected, so, a 5G connection is key so all devices work properly. The network that we have now can provide a good service to 20 million of devices at most and WiFi and 4G work between the 2.4 and 5Ghz. Companies like Intel, Nokia, Cisco or Ericsson are already working on the solutions to get the best connectivity for all and achieve a latency that is less than 5 miliseconds by 2017. Intel is working with LG to develope the next wireless technology for cars based in 5G.

What brings as the next topic, connected cars. We have seen Ford, Jaguar and Audi among other companies with connected cars. At the MWC we've seen more Android Auto than Apple CarPlay. It is not a rich trend anymore, not only high-end cars can be connected. In a few years, we'll see how all cars are connected, either with Android, Apple or any other new technology that for sure will appear. Lots of software companies are betting heavily on connected cars to provide drivers the best experience. 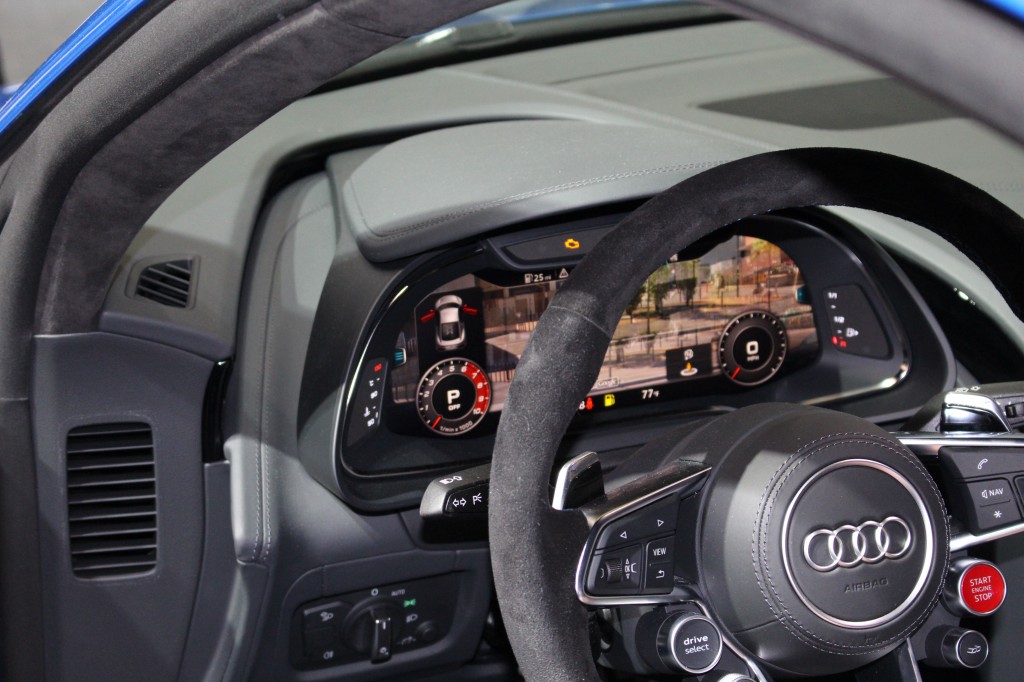 We have seen how the apps and the OS is being personalized for every car company. This way, different brands can use the same OS but the customization of the display and the apps is so unique you might think you are using a different software. We have missed Tesla this year, but this just proves that connected cars are a general trend for everyone, not only for dedicated companies.

And let's talk about the king/queen of this Mobile World Congress 2016: virtual reality. Every big mobile brand had its own virtual reality device. Actually, Samsung doesn't advertise its Samsung S7 if it's not with the Samsung Gear and Samsung Gear VR. The Oculus device is 100% linked to the smartphone. We must admit that we had such an amazing time in the Samsung Gear VR Theatre when we experienced the VR ourselves, and we saw other people trying it too. The longest lines where in the stands with VR attractions. 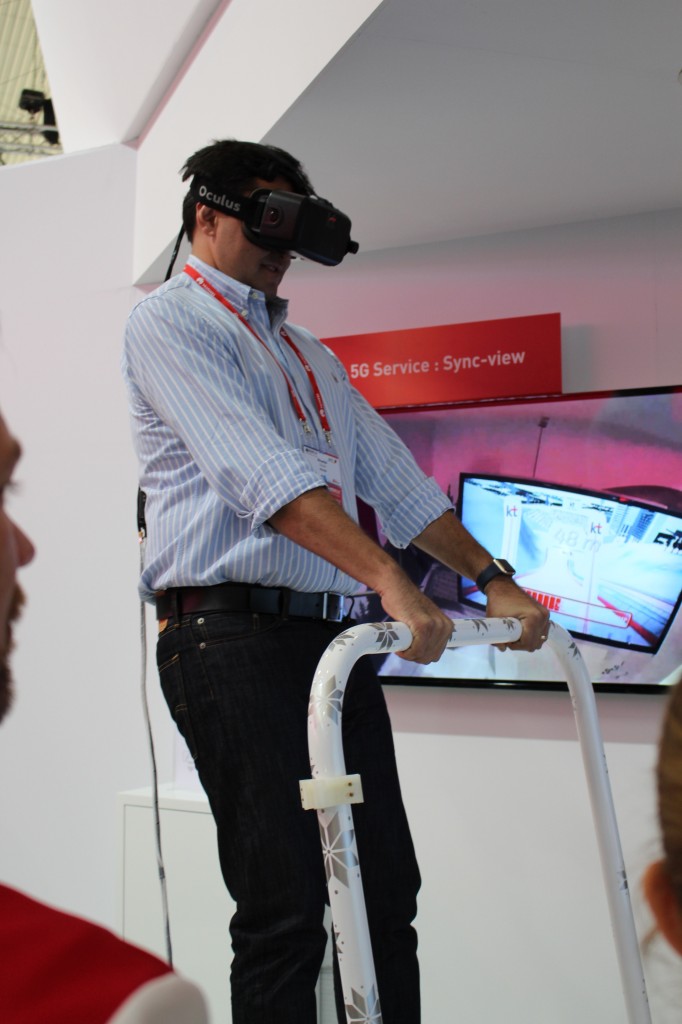 Microsoft's HoloLens weren't available to try, but we did try the LG's newest device, the lightest of all the VR headsets we tried. This year's VR devices were more immersive with a 360 degrees experience with more quality than last year's headsets. Actually, our CEO got sick a couple of times after trying Samsung and LG's VR devices. 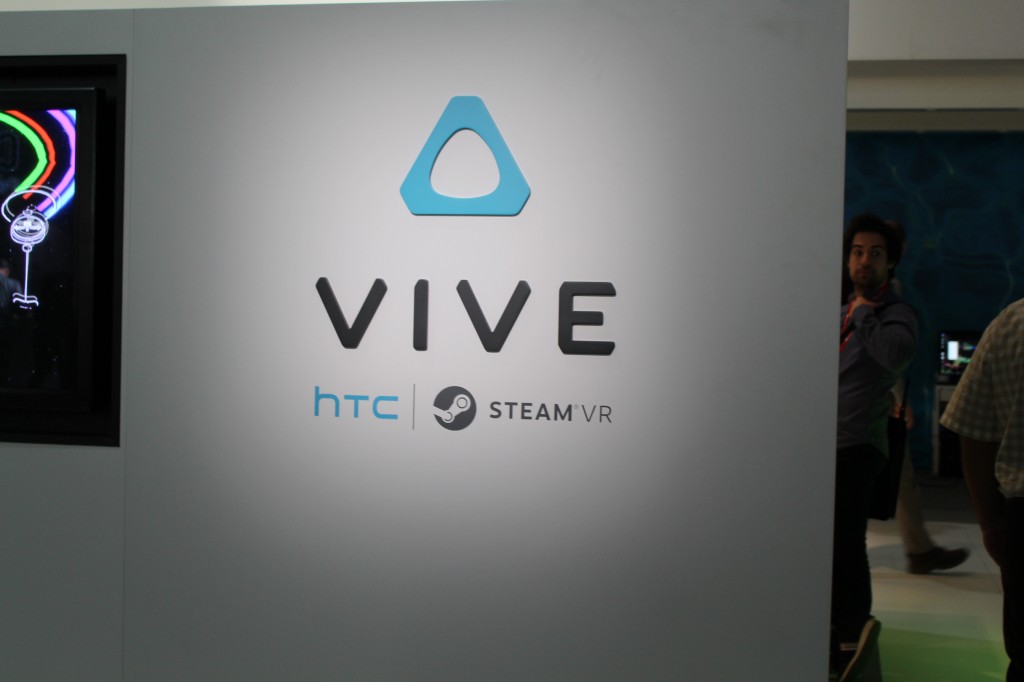 AppFutura also had time to meet some of the best developers worldwide and we did 19 video interviews (we needed you to have the 20th interview!) at the 8.1 an 8 hall of the Mobile World Congress. This year we have seen more developers than other years, and we want to thank the next developers and developer services companies to take some time out of your tight schedule to grant us an interview with you. We will be publishing them in the next weeks.

We also had a great opportunity and we interviewed Bruce Lawson, Product Manager at Opera. Follow our blog to know the latest trends on mobile app development inside Opera's plans.

Why dexterous mobile app developers should look at IoT platforms?
New features and technology evolutions in the mobile apps world for 2016