AppFutura Report: Future apps must work on over 100 different devices 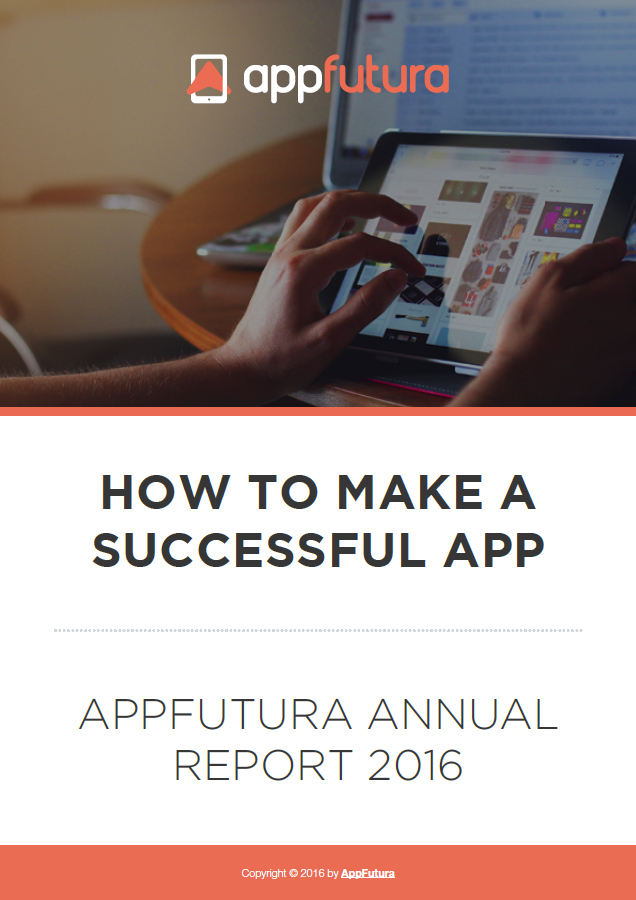 The Mobile World Congress 2017 has prompted AppFutura to release an annual report on mobile app development with keys to create a mobile app with the collaboration of development companies worldwide. Main conclusions show that apps will have to be more dynamic and adapt to the increasing number of devices and technologies available, still far from the mobile market full potential.

Mobile applications have to be compatible with tablets, smartwatches and other devices, not just phones. App trends change constantly with new technologies coming up every other day. Some of the most common and recent examples are concepts like wearables, Internet of Things, Augmented Reality or Artificial Intelligence. In a world that evolves so quickly, smartphone users are only a fraction of the audience that apps will cater to. Mobile applications are taking a predominant role in our daily routines. Therefore, there is a demand for them to be able to interact with more and more devices.

There is a fierce competition in this market and it shows no signs of stopping any time soon. In 2016, Google Play Store had over 2 million apps available. Another 2 million could be found on Apple's iTunes Store and over half a million could be downloaded from the Windows store. Creating an application that is different from the rest can be a complex process. Moreover, an app needs to be updated and requires ongoing maintenance so it can adapt to any new technology or device being launched.

The Mobile World Congress in Barcelona next week will see the presentation of a lot of new players. At the same event, AppFutura will be presenting their first annual report, a guide to create a mobile app with the collaboration of 30 mobile app development companies from all around the world. Outsourcing app development to other countries is becoming a common practice and the report lists some of the keys to outsource an app successfully. AppFutura deals with clients worldwide with the idea to create an app on a daily basis. Clients have to face a wide market of mobile app development companies, so the online platform helps them in choosing the best according to their needs.

The experience of over 4,500 projects posted and constant research on mobile trends have also provided relevant information for the annual report.

Both client and developer need to commit to their business relationship. A fluid and constant communication has proved to be a key aspect in outsourcing mobile app development successfully. Carefully studying references and reviews for each company in specialized directories like AppFutura, makes the selection process go smoother and allows the client to hire a candidate with certain success guarantees.

Before investing in the creation of an app, it is advised to benchmark the app idea so clients can understand the market and know their competitors, as well as analyzing the key features of similar apps. While the commercial success of an app will depend on a number of factors, this process will allow app entrepreneurs to identify which functionalities and characteristics are a must-have and which ones are dispensable.

The category of the mobile app will notably influence its core features as well. To name a few examples, apps for kids need to be colorful and participatory, games must be designed based on the screen size they will be played on, and healthcare apps must obey certain health regulations. Social apps might be used daily (if not constantly) by thousands of simultaneous users and wearable apps don't require a big design effort, but the look and feel must be outstanding in such small devices.

Lastly, a complete test of the app is fundamental before launch and promotion. All functions and screens of the app must be thoroughly reviewed to make sure everything works as it should. Bugs happen, but neutralizing them before launch will make all promotion efforts substantially easier. It is hard to promote a product that is not working. It is important to not rush tests and make sure the full potential of the application is taken care of.

The development companies that have participated in the annual report by AppFutura are global firms with offices worldwide. These developers have worked with hundreds of clients in all types of apps. Outsourcing to companies overseas has become an increasing trend because of all the advantages that it offers compared to local development.

AppFutura will be exhibiting at the Mobile World Congress next week, on Hall 8.1 stand A63. Check here the AppFutura Annual Report 2016. This report has been edited by Montse Ros, proofreaded by Marc Coll, designed by Gerard Palau and Norman Dacanay as content contributor. The 30 top mobile app development companies that have collaborated also are:

How to earn money with your free app?
App development technologies that will rule in 2017