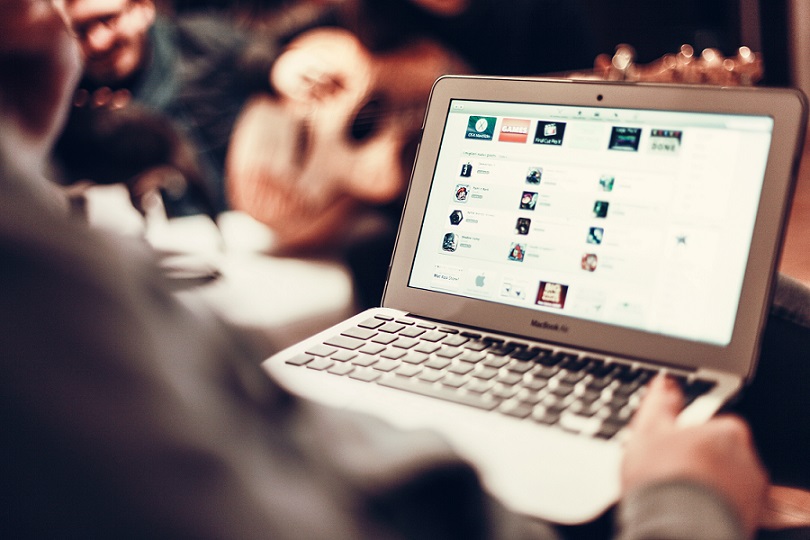 We are all familiar with the idea of seasonal cleaning. Taking a day or a whole weekend to finally do away with all the clutter and junk that has built up over the course of months of neglect. The work is often tedious. Methodically sorting out and eliminating things that only serve to weigh everything down or get in the way, takes time and resources. However, the payoff is definitely worth it.

Mobile OS companies, Apple and Google, have definitely caught onto this idea and ran with it. The two tech giants have definitively cornered the market when it comes to the distribution of mobile apps. No other company out there has more apps in their stores nor has the downloads that these companies boast. Mobile app developers know this as well and they have flocked to these platforms to hawk their apps to Apple and Google customers.

The early years were a veritable gold rush for developers and publishers. Get a mobile app into the Apple App Store or onto Google’s Play Store, then sit back and watch the money roll in. Mobile app development companies that employ this hit and run tactic often abandon their app in the store, connected only by a thin financial string. Over time these mobile apps not only develop errors but they occupy space on both the companies servers and app charts. They become bulk, sludge even, that blocks the flow of other apps up and down the charts.

This is not to say that Apple or Google have been sitting on their hands and doing nothing. Both companies perform routine mobile app cleanup schedules which occur once or twice a month. But on October 2016 Apple decided that it needed to get serious or at least show like it was getting serious. 47,300: that’s how many apps Apple removed from the App Store in October. Such a figure was unheard of and was a 238% increase in monthly app removals. Apple mainly targeted erroneous, malfunctioning and abandoned apps, the majority of which were games and represented 28% of the 47,300 removed apps.

It’s not like Apple pulled the rug out from the developers either. Apple issued a 30-day warning to all mobile app developers whose apps were at risk of being pulled from the App Store. In those 30 days, they had to comply with Apple’s standards and recommendations and/or fix their apps. While app functionality was a top priority for Apple, the company was also trying to hunt, expose and eliminate fraudulent accounts. These accounts use various tactics such as boosting mobile app install numbers, purchasing fake reviews and incentivizing favorable ratings all in an attempt to impact their profits margins. Review fraud, in particular, has been in the spotlight for a while now. Both Apple and Google are trying to combat this in order to give their user-base a more honest experience, and to build trust.

Apple and Google are taking aggressive measures to rid themselves and their user-base of apps and developers that engage in fraudulent activity. Apple recently, and very publicly, removed the dev-tool, Dash, accusing its developer and owner of engaging in manipulating their review results. It is a convoluted case in which Apple apparently froze the developer's account not because of the Dash app, but because it was linked to another account which was clearly engaging in fraudulent activity. The developer is trying to fight it, but Apple has put its foot down and has made the decision final, with zero chance to repeal.

Google saw what Apple was doing and going through and decided to follow suit. There has been a noticeable increase in the amount of apps being removed from the Play Store, but Google has gone one better. The Silicon Valley giant boosted their platform and increased its ability to detect fraudulent apps and then filter them out. Much like Apple, Google gives the mobile app developer ample warning, before bringing down the hammer. The developer is basically given an ultimatum, revise the app so that it complies with the current Google Play Developer Policy or have it removed from the Play Store. On top of this, offending developers can also have their accounts revoked and denied from the future release of any mobile apps into the Play Store. Both Apple and Google have made it clear, a warning will be issued, comply or be purged from their respective marketplaces. There will be zero tolerance.

But why go through all this trouble? Why dedicate resources and manpower to painstakingly review apps and remove ones that are just not up to the task? In a word, trust. Apple and Google want to maintain the level of trust that they have built with their users, or grow it. Removing these non-functioning, sometimes malicious and always disappointing mobile apps allow these OS companies to show that they care about user experience. To let a malevolent freely exist in their app stores means that Apple or Google don’t care about the security and safety of their users. In light of this, their customers will either flock to the rival company or to some other, smaller solution provider.

Mobile app development companies may feel like they are being prejudged by Apple and Google’s actions. They are, after all, the targets in this, well that and their apps. However, developers should really look at this scenario as an opportunity to have the spotlight cast upon them, their work and their app. By removing some of the most downloaded yet oldest apps out there, increases the likelihood that their own apps will enjoy movement within the ranking charts. Some apps will not move by much, but for others they will finally get to enjoy the ranking they deserve.

Some may view manipulating reviews, buying downloads, and paying for ratings as nothing more than a smart marketing ploy. Indeed, it has the look and feel of a savvy marketing tactic, however, the truth is that it will only hurt, the OS brand and the user. The developer who employs such tactics usually do so, because their app cannot stand on its own quality and its merits need to be artificially inflated in order to look good to consumers. This means that a lot of people will be looking, downloading and maybe even purchase a product of inferior quality. The users wind up feeling duped, then they start to think at how an Apple or Google can stand idly by while their users are defrauded.

However, thanks to the diligence of Apple and the technological progression of Google, the days of fraudsters, and shameless app promoters are coming to a close. The algorithm that Google developed to helped them identify and eliminate bogus apps helps them make a dent in the amount of callus developers peddling their apps in the marketplace. But as with many things, this is not a one and done job. Just because Apple removed over 47,000 apps does not mean that the fight is over. The incentive for malicious developers is too great. A plump user-base and a second to none distribution model makes it easy to rake in the money, and all they would need is to release an app. Fortunately, there is a solution and it has already been implelented.