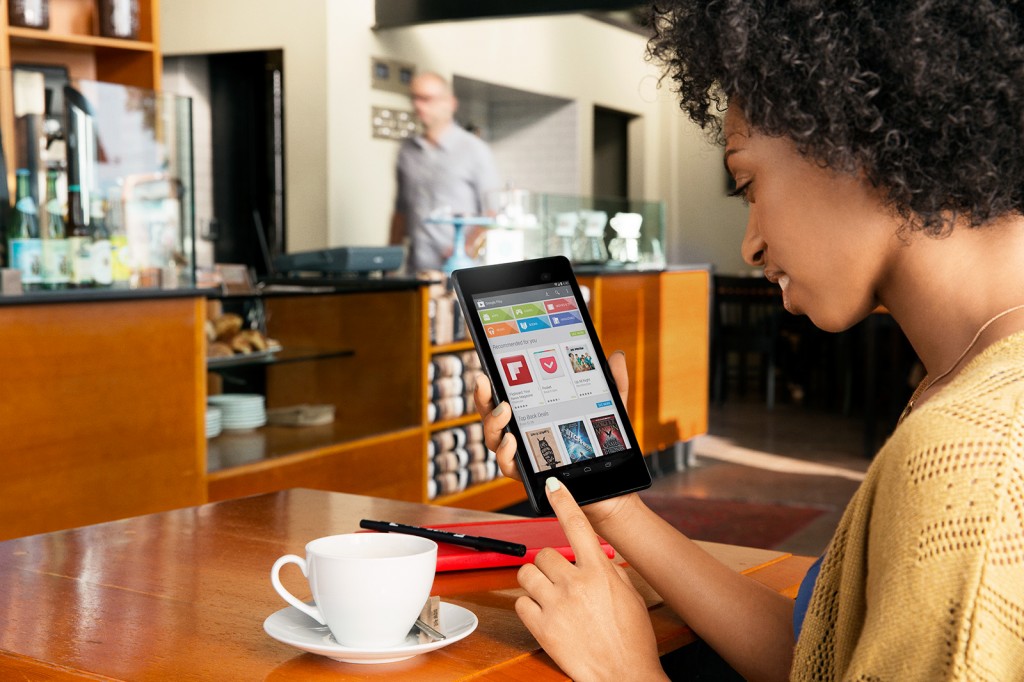 Android, Inc. was founded in Palo Alto, California, in October 2003 by Andy Rubin, Rich Miner, Nick Sears and Chris White. Android is a mobile Operating System (OS) based on the Linux kernel and currently developed by Google. Its user interface (UI) is based on direct manipulation, so it’s designed primarily for touchscreen mobile devices such as smartphones and tablets. Although it was primarily designed for touchscreen input like tapping, swiping and pinching, it has also been used in game consoles, digital cameras and other electronics. Now, Android is releasing specialized UI’s for televisions (Android TV), cars (Android Auto) and smartwatches and wearables (Android Wear).

The first commercially available smartphone running Android was the HTC Dream, released on October 2008. Since its foundation, Android has had several updated versions, adding new features and fixing bugs. Each new version takes the name of a dessert, in alphabetical order, such as Cupcake, Donut, Jelly Bean or the current one, KitKat (the upcoming update, known as Android 5 or L, could be called Lime Pie).

At the moment, Android is the indisputable leader of mobile market: its devices sell more than iOS, Windows and BlackBerry together. As of July 2013, the Google Play Store had over 1 million Android apps published, and over 50 billion apps downloaded. Around 71% of mobile developers develop for Android, and Android's open nature has encouraged lots of developers to use the open-source code as a foundation for community-driven projects, which add new features for advanced users or bring Android to devices which were officially released running other operating systems.

Most popular Android apps and devices

The most popular Google Play Store categories by September 2014 are those dedicated to lifestyle, entertainment, education, business and personalization.

The future of Android

Android’s future looks as sweet as its version names: reports reveal that by 2018 Samsung will have a 78% of market share.

Android currently dominates developers’ mindshare with 71% of them targeting on Android developing, although some of them build apps for both Android and iOS. Android and iOS reunite 94% of the sales for smartphones’ software, with an amazing 71% for Android. Android is the leader OS in Asia (the emergent market), and iOS is the most important one in North America.

However, developers’ priority is clearly Android (37%), followed by the always more elitist iOS (32%). Most of Android developers don’t want to monetize their apps, and that’s why revenues are much bigger for iOS. On the contrary, Android apps are much popular and loved by users. And developers seem to focus in the quantity of users more than in the revenues, so they will probably prioritise developing for Android in the future, although iOS could provide them bigger revenues.

With the upcoming Android L (expected for this autumn), Google wants to bring a new and unified design language to all its devices and apps. The company has called this Material Design, and it’s a series of schemes and guidelines that want to create a unique visual language that combines the classic principles of good design with the innovation of technology. Google is now working on clearer colours, icon animations, an improved typography, better shaped icons and a more natural “flow” for its OS.

This Material Design will affect not only Android, but every Google platform from Chrome to the web. Their plan is to create a multiplatform style for all the devices, in order to improve users experience no matter the size of the device they are using. In addition, Chrome OS and Android will be synchronized as never before, and Chrome OS will soon incorporate Android apps.

Android is currently working on Android Auto, an in-car Android experience specially created to guarantee your security on the road that will be presumably be launched by year’s end or at the beginning of 2015. It will be a bridge between your car and your phone, tablet, computer or wearable, so you can have all your apps on the dashboard screen of the car. By using Google Now voice actions, you will have access to many options such as navigation, text messaging or apps.

The company will also release Android TV soon, a TV interface which aspires to be a totally intuitive system, which knows your preferences and suggests content on the homescreen itself.