Google is currently working on Android Auto, an in-car Android experience specially created to guarantee your security on the road. At the start of this year, the Open Automotive Alliance was formed exactly for that: to make technology in the car safer, more seamless and intuitive. The Alliance was originally composed by Google, GM, Honda, Audi, Hyundai and Nvidia, but since then many other automakers have joined the project. At this point, we can say Android Auto will be soon available (presumably by year’s end or at the beginning of 2015) on the new models by Abarth, Acura, Alfa Romeo, Audi, Bentley, Chevrolet, Chrysler, Dodge, Fiat, Ford, Honda, Hyundai, Infiniti, Jeep, Kia, Maserati, Mazda, Mitsubishi, Nissan, Opel, Ram, Renault, Seat, Skoda, Subaru, Suzuki, Volkswagen and Volvo.

Android Auto will be easy and intuitive, and will include voice actions and controls on the wheel. It will be the direct rival of Apple’s CarPlay, which allows hands-free access to iOS messages, navigation features and third-party apps services such as Spotify. Android Auto will depend on the user’s phone to work, as CarPlay depends on iPhone. So at present, both systems require a compatible smartphone and a connection via microUSB or lightning cable: the car’s screen will become a mirror of your smartphone, showing all your apps. Thus, Android Auto will be more a bridge between your car and your phone (or tablet, or wearable) than a device itself, so you will have all your apps on the dashboard screen of your car. This way, you won’t necessarily need to have an automobile with Android Auto: you will be able to use your phone or tablet as the car computer screen. 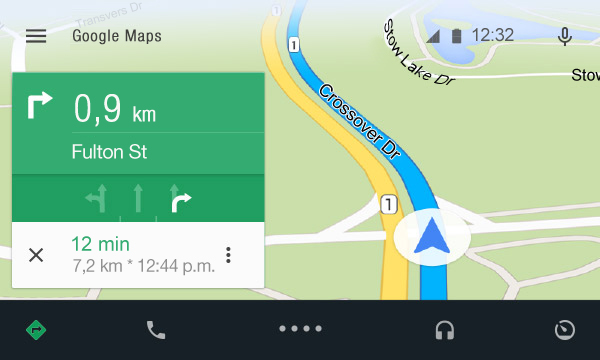 The combined possibilities of Android Auto with the rest of connected Android devices are infinite: from navigating to writing messages by voice control. Using Google Now, Android Auto will offer you options such as quick, voice-based access to a simplified Google Maps navigation, text messaging and apps like Google Play Music. Android Auto’s main goal is to offer you all the information you need while you are driving, organizing it on cards which will appear as you need them. The system will provide enough information in the minimum amount of time so you just need to glance and return your attention back to the road. It will just inform you about the important situations while you drive, and show you the information only when relevant. For example, if you are going to the beach, when you are getting there Android Auto will remind you to buy sunscreen. 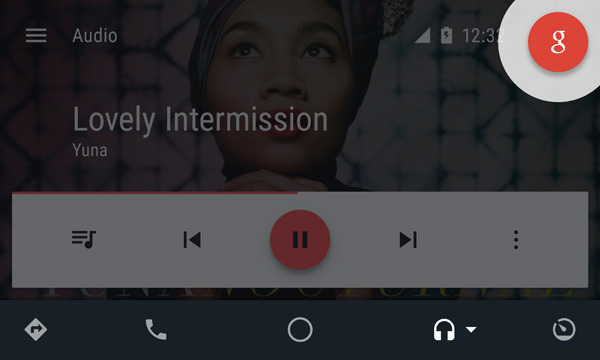 By connecting all your Android devices, you can synchronize the music, contacts, messages etc. from your smartphone or tablet to Android Auto. What Google proposes is a continuous experience from your car to the rest of your devices, bringing the Android technology you already know to your automobile, and specially optimizing voice commands so you don’t have to leave the wheel at any moment. 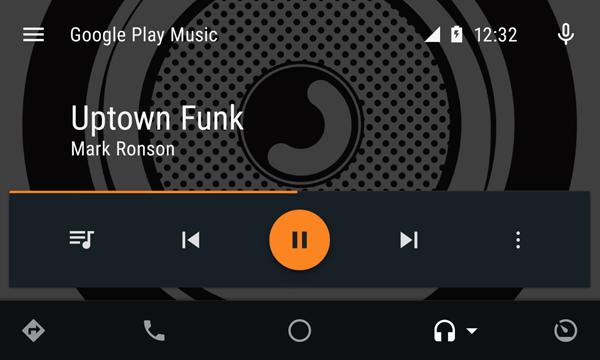 Developing for cars is very different than designing for smartphones, TV’s or tablets, because in the car the user has to focus on driving, so apps become just a secondary activity and should not require a lot of attention from the driver. As a result, car apps have to make users’ life easier, complementing and improving the driving experience, but never interrupt the drivers’ main activity. That’s why Android Auto will provide a standard UI specially designed to minimize driver distraction, and all the apps will be safe, driving-appropriate, easy, simple and intuitive.

Google has already launched Android Auto SDK so developers can start creating apps. On the “Testing” section of the SDK they will offer an app which simulates Android Auto, so developers will be able to install it in any Android device. The Android SDK provides all the API libraries and developer tools necessary to build, test, and debug apps for Android. It lets you extend your existing apps to the car, without having to worry about vehicle-specific hardware differences, so you don’t have to create a new app for Android Auto: you can simply extend the existing Android apps with implementations of the media service interfaces.

The first version of Android Auto supports media apps such as music, podcast, live radio, and audio news apps. Consumers will be able to listen to their favourite music through apps like Google Play Music, Pandora or Spotify. The system will also include reminders, which will synchronize with your Android phone, so you will get car appropriate notifications from Android apps on your vehicle's screen, and these notifications will pass to your smartphone too when you leave the car.