An insight into the newly released iPhone 7 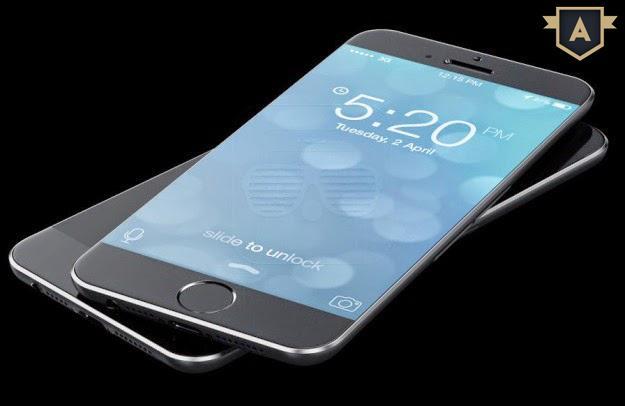 Apple’s iPhone 7 and iPhone 7 Plus has finally seen the light of day. Putting an end to months of speculation, rumors, and hazy factory-floor leaks.

Last Wednesday, at the Bill Graham Civic Auditorium in San Francisco, Apple CEO, Tim Cook, revealed the iPhone 7 and iPhone 7 Plus. Featuring a new A10 chip, the latest handsets are offering enhanced cameras, stereo speakers, water-resistant and a lot of other surprises. The mobile app development company Appsquadz has left us here its overview of the iPhone 7.

What you will get with iPhone 7

On the other hand, with the iPhone 7 Plus you will get a 5.5-inch screen with a 1,920x1,080-pixel display which is 401ppi pixel density. And, the word Plus means you will get larger dimensions of 158.2x77.9x7.3mm, weighing 188 grams more. At last, you can swank dual-camera placed on the back offering a wide-angle lens and a telephoto lens. This is an amazing addition but it’s only for the Plus version.

Yes, it’s a reality now! One of the star features of the iPhone 7 is the no headphone jack.

The 3.5mm audio port is now a thing of the past, meaning your standard headphone connection will no longer be compatible with iPhone 7. Luckily, Apple has crafted new ear-buds with a lightning connector feature. These will be packed with the iPhone 7. However, if you still prefer using your favorite wired headsets, you can simply plug them into the lightning or USB-C jack with a little adapter. So, it doesn’t seem as bad as one may think. And, not to forget, there's also Bluetooth.

Apple has introduced its own wireless Apple AirPods. They feature a new W1 chip, but you will have to wait for them until October.

The latest iPhone 7 is resistant to water and dust as it is IP67-certified, which makes it better than any previous iPhones. Though it doesn’t mean that you can take it to a swimming pool, but you can use it in the rain and it shouldn’t roast the hardware. Still, it is better not to take a chance!

Phil Schiller said that iPhone 7 has the best camera that Apple has ever made for any iPhone. There are lots of amazing new features in the iPhone 7 camera such as optical image stabilization, which prevent your photos from getting hazy. Also, it boasts a wider f/1.8 aperture which takes in 50% extra light.

Plus, a six-element lens, True Tone Flash, and a 12-megapixel image sensor and a 7MP FaceTime HD camera have made it into the iPhone 7.

In addition, iPhone 7 Plus camera is even better, and this is because it features a dual lens camera –one is wide-angle, and the other is telephoto.

Finally, Apple has discarded the 16GB storage variant from iPhone 7; instead, the basic model starts at 32GB. Apple has also introduced a 256GB variant.

iPhone 7 A10 processor: the most potent chip ever by Apple

Both the iPhone 7 and iPhone 7 Plus are fueled by Apple’s new A10 Fusion. A10 is a 64-bit, quad-core processor which Apple guarantees is 40% faster than the previous A9, and two times faster than A8. The graphical performance of A10 Fusion is 50% better than the A9, and it is thrice as fast as the A8.

Credit to a 6-core GPU which uses the 2/3rd power of the A9’s and a half in case of A8. Such figures suggest that the A10 Fusion is almost 240 times faster than the other iPhone processors.

Apple announced new color options for iPhone 7. Apart from usual Silver, Gold, and Rose Gold, now you will be spoilt for choice with the introduction of Black and Jet Black variant. And, forget the Space Grey! It’s not in the picture.

Users will also love the enhanced displays on these new handsets, which offer a fresh Retina HD display.

Apart from being 25% brighter than the previous model, it features a new wide color range that offers cinema P3 standard colors.

The latest software is much elegant than the previous iOS 9 and boasts a more potent screen-lock along with advanced widgets and notifications. The new OS will have a better 3D Touch experience. Most of the functions will be accessible without the need to enter the app. And, the lovely Siri will also be far more powerful, thanks to the much-awaited third-party app support.

Apple has also fused stereo speaker system in the latest offering, which offers double the loudness of the iPhone 6S. You will find the speakers at the bottom and top of the phone, a great feature for a better audio experience in landscape mode.

The iPhone 7 can sustain 40 hours of Wi-Fi browsing, while iPhone 7 Plus is believed to deliver 60 hours. In the case of watching video wirelessly, it will drain your iPhone 7 in about 13 hours, after 14 hours in case of the Plus version.

The pre-order date for iPhone 7 started on September 9, 2016, whereas the release date is tomorrow, September 16. The phones will be shipped in 28 countries initially, and 30 other countries will be getting them a week later.

The iPhone 6S is the Apple’s top-selling phone till date. So, it will be exciting to see whether iPhone 7 surpasses its prequel or not!