A tryst with Hybrid application development 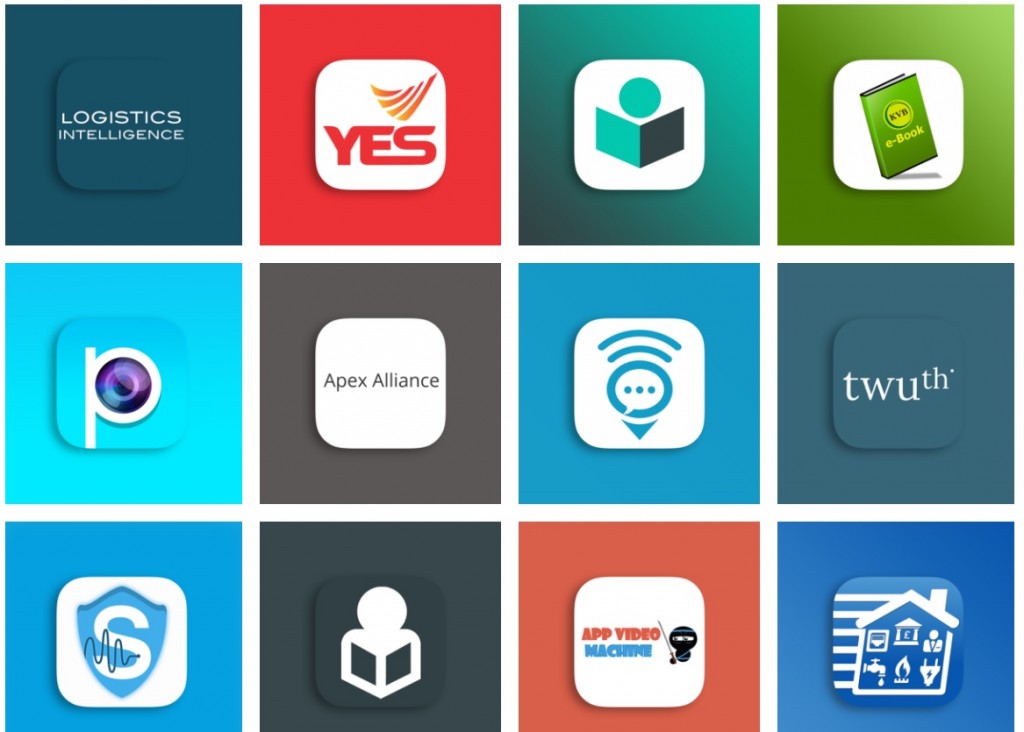 The mobile app development company didn’t ignore the hybrid platform completely and kept themselves updated on the innovation that was going on with the hybrid platforms. Today, hybrid platforms have evolved much. Mallow Technologies developers have taken some time on the famous and upcoming hybrid app development platforms and experimented with them, the prominent ones being ReactNative, NativeScript and Ionic. Based on their understanding and experience, here the company shares their views about the same.

This platform is one of the fastest rapidly growing open source platform backed by Facebook. The community is huge and works on the principle of “learn once, write anywhere”. This platform gives the base code that can be optimized based on the platform you are working, which we think is suitable for developing complex applications customized for specific user interface. Working with React Native is a time consuming process, as you need to develop the app individually for each mobile operating systems.

This would be a perfect choice for startups who build in-house apps and work on lean basis. They can hire a single person with one skill set and use them for any mobile app development. If you are looking for a platform to reduce the time spent on developing products individually, then this is not the right choice for you. If you are having a complex project, which needs lightweight rendering of the same, then React Native is a choice you can think on. The people who are well versed with react.js forms the React Native community. Despite these, a major drawback with this platform is that it has yet to evolve majorly. Despite showing a lot of promise, it is still in its infancy.

Ionic on the other hand is an Angular based platform. It is an open source platform and works on the principle of “write once, run anywhere” (but in a webview). This is a good platform to work, if you are dealing with generic apps or simple apps.

This platforms delivers your app in webview, which is a disadvantage in terms of performance, especially with low end Android devices. Although with great processors and excellent hardwares available in various phones the app might work seamlessly at high end phones, but it still doesn’t match with the apps developed using native platforms. If you are developing a simple application with the default tools, then Ionic might be the right choice, as it gives a good look and decent integration, also it gives the cost advantage. However advanced, it fails to give the feel of an native app.

We created a simple app with the basic functionalities. Below are the screenshots of the app we created representing a list, form and a profile in a tab view. In Ionic, the tab properly takes the position based on the default nature of the OS. Default styles given in Ionic are good for mobile app developers. Development companies will see that the view looks close to that of an app developed in native platform. But the action bar and few components makes you feel that the app is not exactly a native app. Also, as the app runs in web view, performance wise you can experience a minor lag. This lag will be more evident when you use the lower end devices.

Also, another advantage is that it can seamlessly integrate with the native components which is not the case with Ionic. It can be customized and the community behind the platform is quite good. The technology is just like any other platform, yet to reach the maturity stage but NativeScript along with Ionic are definitely showing a positive sign towards it. This is evident with the release of version 2.0 in both NativeScript and Ionic.

We created the same functionality app with NativeScript. The looks were more closer to that of an app created in Native platform. The UI is not rich as Ionic but can be enriched by customizing the HTML and CSS. Also the working is smoother in this as they run as a native app. We also get the functionalities such as swipe to delete or back button by default.

There is a lot of debate going on about hybrid app development. Either mobile app development companies agree or not, hybrid apps will be of a great part in the future and people might have to adapt to survive.

Among these hybrid platforms we cannot conclude that one platform is better than another as each of them have their own pros and cons. There are different utilities mobile app developers can choose from each platform. Here, Mallow Technologies has tried to come up with a small comparison table which might give you an idea about which platform to work with. 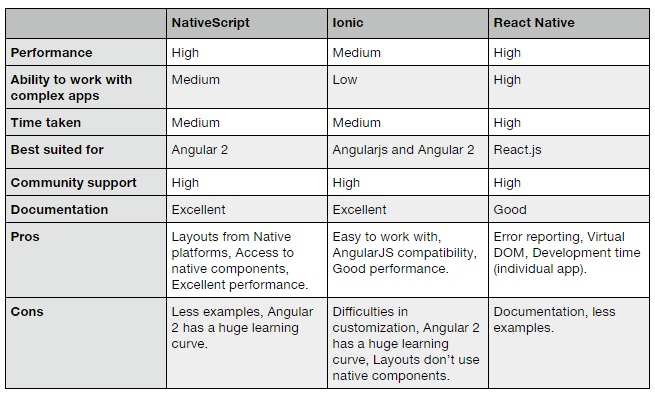 We at, Mallow Technologies, take pride in delivering quality mobile and web applications. We do not just make apps, we make dreams come true. Are you ready to make your dream come true? Then get your ideas transformed to an app with us.