A beginners guide to use Apple ResearchKit, HealthKit and CareKit in apps

Users and mobile app developers like Promatics often tend to get excited about the new things Apple makes. This time, it came up with powerful software development platforms such as: ResearchKit, HealthKit and CareKit. All these platforms are about developing powerful health solutions by aggregating your health data, drive research, monitor and collaborate the medical conditions with a healthcare team.

In this post, we are going to provide an overview from the perspective of a medical app marketer. We tried our best to keep the list updated with new launches and studies. 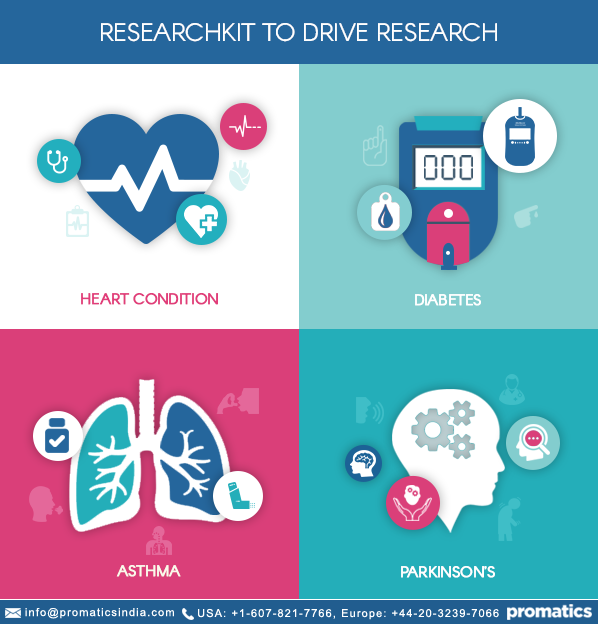 Apple announced a framework focused on medical and clinical research. This platform integrates closely with other software development platforms such as THE HealthKit and Carekit and helps mobile app developers to build applications that facilitate clinical research. ResearchKit is a platform into which apps feed and will be used to collect data. The data may be inputted manually, depending on the mobile app used. The data can even be collated and used in wider clinical research. If you are worried about the confidentiality of data, you should know that ResearchKit is a creepy way to find personal information.

ResearchKit is a platform designed to help out professionals with medical research. It neither requires an additional software nor extra hardware. It uses the devices and cloud data we all are using today. ResearchKit is much agnostic about the conditions it can help. In order to prove this, Apple came up with the research of major conditions such as diabetes, asthma, heart condition, breast cancer and Parkinson’s disease. For example, for Parkinson, the apps incorporate a few basic tests that are designed to help monitor the disease and its state of development and help people with Parkinson’s in a particular way. The apps are also designed to replicate the sorts of tests a physician might administer. The tests can be applied to different conditions.

There is no limit to where one can use these ResearchKit apps. Users can simply pass certain tests that are available in their device. This way, researchers can help doctors in the study of different problems and diseases. Not only this, they can gather necessary data for new researches. Even if you are an independent mobile app developer, you can get some data to continue with your research. No doubt, it is a useful platform through which data from different medical themed apps can be brought together.

Since Apple launched it, we have seen a number of medical centers and nonprofit organizations coming up with ResearchKit apps. Let’s see how the ResearchKit app may help clinical researchers improve their work. Consider a patient with abnormal heart rhythm. Now, it is difficult for a normal person to record any sort of impressions. ResearchKit apps make the process of gather data much easier. This kit is a lot more advanced and flexible than what doctors use to record patient data. It will also make sharing the data between doctors and institutions much easier.

CareKit is a separate open source software program that helps people to take active role in their care. If you want a hub of personal health with an specific doctor-patient app, you should consider using Carekit apps. This platform was launched in 2016 and designed with the purpose of helping app developers to create apps that track health, medications, monitor symptoms and share the information quickly with healthcare providers. All this allow the users to understand and manage their health conditions actively with the help of their extended health care team.

Some popular apps that were built on CareKit are:

By launching the health tracking app development platform, Apple is surely having an important impact on consumer health awareness and care. 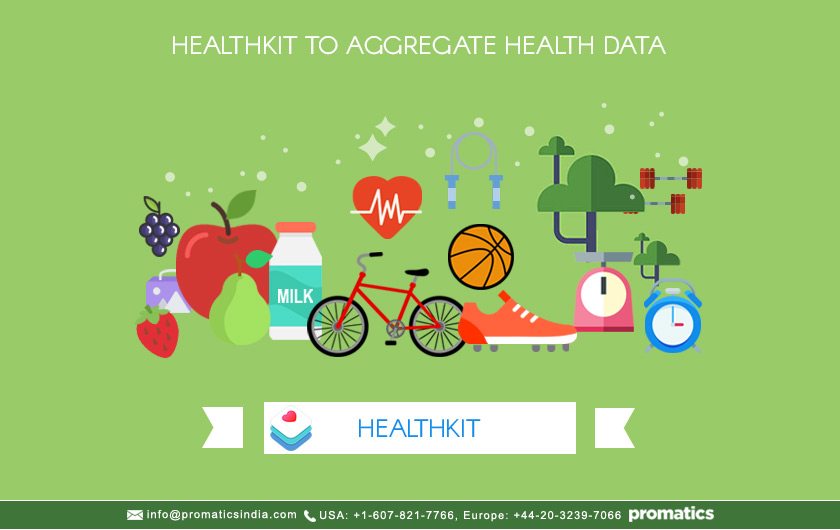 Apple announced a platform called HealthKit in 2014 that is basically a dashboard that gathers fitness and health information of the user. The health apps allow users to create a medical identification card that could be accessed easily by non-owner of the device to display essential information during a medical emergency.

When the iOS app developers add HealthKit to their app (of course, health related) the app can read, write and present health data to improve the overall health understanding of collective health situation. Many companies have developed stand-alone health apps. However, if you want an opportunity to build brand and bring new health information, you should integrate your app with Apple’s HealthKit platform.

HealthKit stores data from apps on Apple devices and also works with some health and fitness devices. The system can import data automatically from other devices that can access data and save it to HealthKit. HealthKit saves the data in encrypted database known as HealthStore. This data can be accessed using HKHealthStore Class. The health apps act as an interface to HealthKit data. Users can manage all their health and fitness data using this app. However, one should know that HealthKit is not available on iPad.

DIFFERENCE BETWEEN HEALTHKIT, RESEARCHKIT AND CAREKIT

All the three app development platforms represent Apple’s effort in tracking and achieving perfect health. HealthKit being the first of three kits helps everyone keep track of their general health. iOS app developers are able to create apps that are compatible with HealthKit so that users can create a hub where they can see fitness related data from different sources.

ResearchKit is a bit different from HealthKit, as it is aimed more at researches. This platform collects data from Apple users who download health monitoring apps and allow researchers to send tasks to complete. Finally, CareKit is somewhat similar to other platforms. Though it is focused on collecting health-related information, it helps patients track progress and send data to doctors.

All the above kits from Apple are meant for iPhone app developers and not for users. These kits are quite different from each other with various frameworks for mobile app developers to make apps designed specifically for clinical trials.