7 trends that define the future of mobile app development 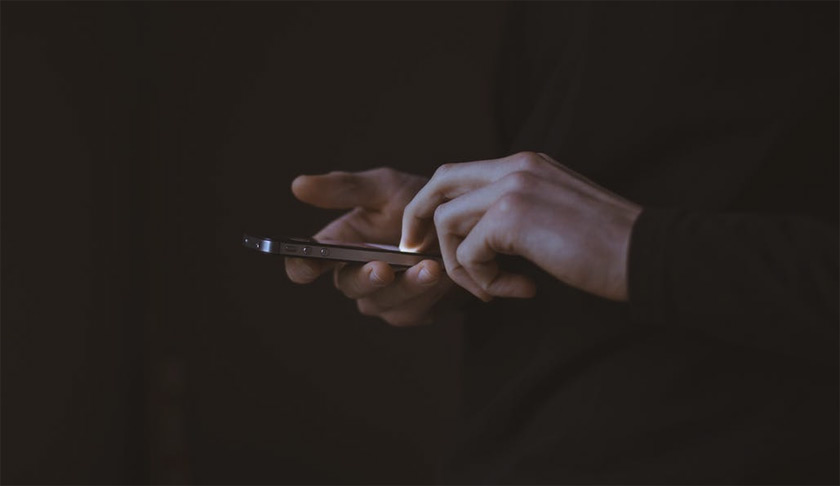 Mobile phones were a privilege enjoyed only by the wealthy and elite class of society when they were first introduced. Over the years, the world has gone through a technological revolution as well as access to many things has increased. Knowledge has passed the hurdles of language, distance and social echelon in great leaps. And now we have hit the era that like a fish has hooked itself to the tech, aware that it is a bait, so much so that the hook has pierced into our body and soul. Today there are around 1 billion smartphones sporting billions of mobile apps with around 179 billion downloads per year!

The burgeoning and ever-increasing sales of smartphones are lucrative for the mobile app market, and with each passing year, it is liable to further progress. It is now a necessity and has connected the people to the fast pace of internet. The business of every kind now relies on technology to boost its revenue and link up with its consumers. Mobile apps have broken the confines of smartphones and have ventured into IoT devices, smart homes, connected TVs and much more. To come up with more cutting-edge and innovative ideas the mobile app developer population has expanded and the mobile app market continues to thrive.

I have pooled up some of the trends which will determine the future of mobile application development in this article. Advanced technology along with smart business strategy and design propels the development of successful mobile apps. 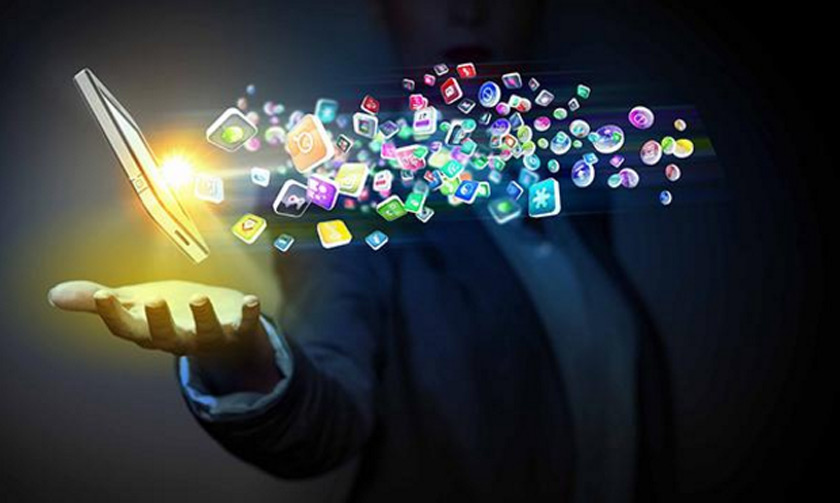 The stepping in of Augmented and Virtual Reality this year has been a real game changer. It has opened new dimensions and paths for the tech industries. The Pokémon Go game exhibits the potential of AR technology to influence the customers in meaningful ways. To further revamp the AR technology it has been integrated with the utility by means of introducing apps that will help you hunt down nearby restaurants and cafes. 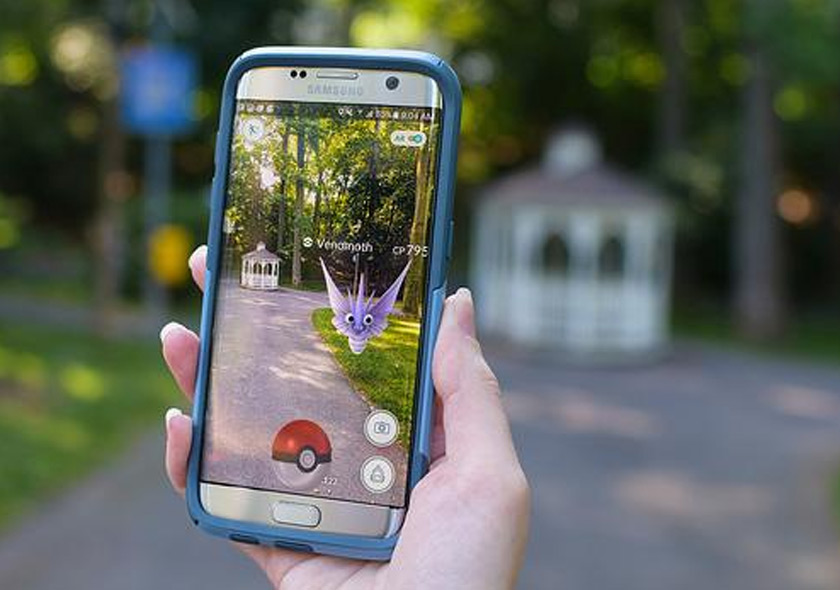 Another buzz word is the Virtual Reality that is taking up the pace and gradually revealing the wonders it can do. Google set the foundation in 2014 and ever since then the tech manufacturers have built up on it and launched their own headsets and other hardware. In recent years, many companies have shown their interest in VR. The current Oculus Rift by Facebook, HTC’s Vive headset, Samsung’s Gear VR headset and Sony’s PlayStation VR have strengthened not only the resolve of other companies but even promises a bright future for VR market.

The smart home technology has already made its way, and there is yet more to come. The interactivity is to increase further as the domestic objects would be powered now by apps on our smartphones and tablets. The smartphones would now be working as remote control displaying and analyzing information, making orders, paying for subscription services, merging up with social networks to monitor things, etc.

Currently, Google has two projects Nest and Brillo that target IoT home automation products such as smoke alarm, camera and thermostat. Whereas Brillo supports Wi-Fi, Bluetooth Low Energy and other Android things. Apple’s Home Kit and Amazon Echo are the examples of how smashing developments have been made and more are on their way!

Now that bigger and prestigious companies are becoming more experienced and making efforts to be a prowess at creating seamlessly connected user experiences, expected significant development is justifiable. 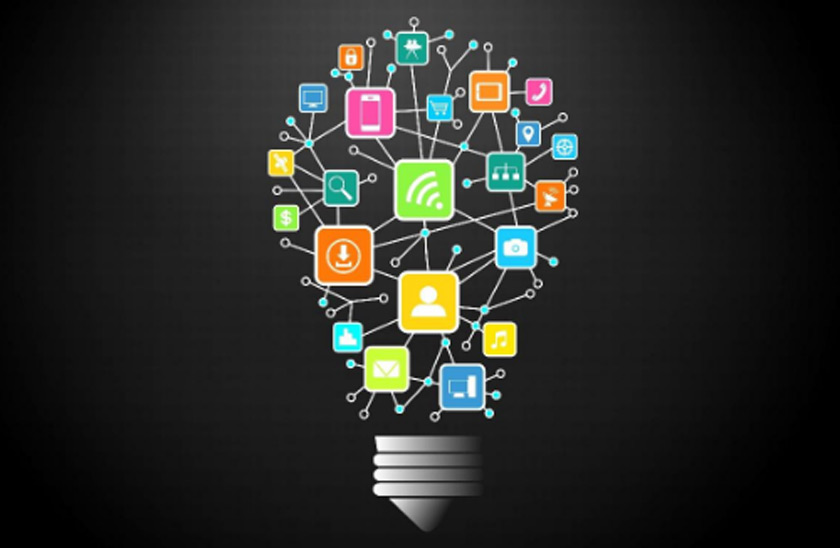 M-commerce will eliminate the need for Debit and Credit cards as people will resort to mobile phones for purchasing. A mobile application that will process transactions without the need of physical cards or cash will be developed. Here wearables will accompany going beyond the predictive analysis for mobile payments and win customer loyalty. Apply Pay and Google wallet have marked the beginning. 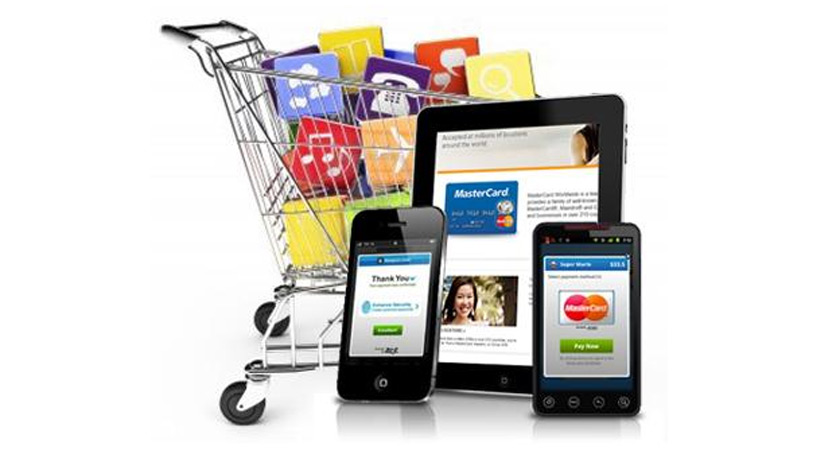 Not so long ago, Google came up with Android Instant Apps that hold up their name by enabling Android apps to run instantly. You do not need to download or install these apps on your device, this opens the gateway to a wider range of mobile apps correctly. For instance, if you receive a link from someone you can open it up with a single tap. This way you can utilize the app without having to download it on your device. All this promises a more firm grip on the apps running them as your wish. It will revolutionize the app world. Android Instant Apps is still in its infancy and lacks some of the features.

EASING UP MOTION AND LOCATION

The location-based beacon technology has helped to make our day-to-day activities less tormenting. The app checks your location and finds the best nearby resource. Whether it be finding your destination or going for groceries, all these tasks have become mobile apps. The location sensor capabilities make use of multiple positioning methods to provide location data. The motion sensing apps are employed in security, anti-theft, power-saving and games. In the longer run, extremely personalized services and information will be unveiled.

The diversity of mobile devices and the nondeterministic nature of mobile networks impede the performance of app testing, but Application Performance Management (APM) has improved testing and quality assurance. With APM, the app behavior is visible, statistics about which devices and OSs are adopted is delivered, and user behavior is determined to check for the most exploited feature. The APM tools struggle to provide real performance benefits across systems with virtual perimeters. For the future, more robust tools for monitoring the resources used by the applications, correlating that data with meaningful user insights and aligning performance with business processes will be required. 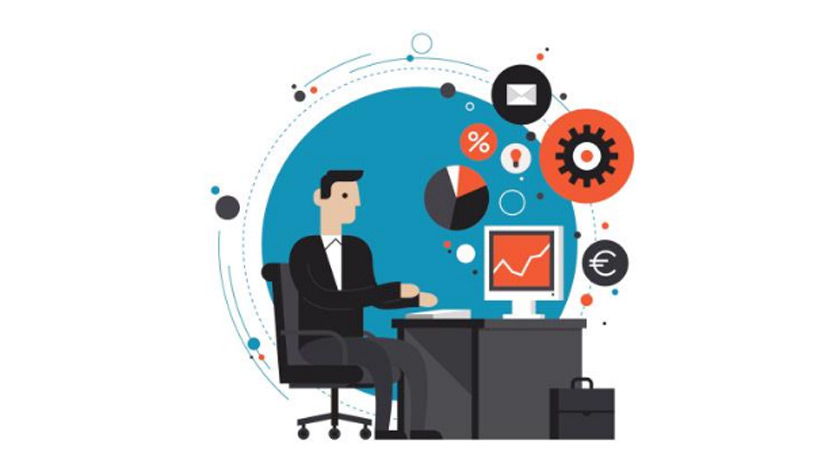 The development of progressive apps help people load websites on mobiles even with weak and unstable data conditions. They deploy standard HTML 5 components to provide sites that have the UX of a native app. A regular web application takes advantage of a mobile app’s core characteristics and features, which results in enhanced user retention without the twists involved in the maintenance of a mobile app. The capabilities of web apps are advancing at a rapid pace, helping to improve performance with special features such as push messaging.

The people, processes and technology that use mobile computing for smooth businesses are called Enterprise Mobile Management (EMM). The prime purposes of EMM are security, application management and financial management. The app security should be taken seriously, though it is taken for granted despite the massive amount of data it houses. Therefore, apps with built-in security can make huge and count impact on the app space. EMM also comprises of mobile device management, mobile application management, application wrapping and containerization, and enterprise file synchronization and sharing. Such tools would grow with time and would carry out an array of mobile management needs across all the modern Operating Systems on smartphones, PCs and tablets. EMM encompasses the future evolution and concoction of mobile management, security and support technologies. 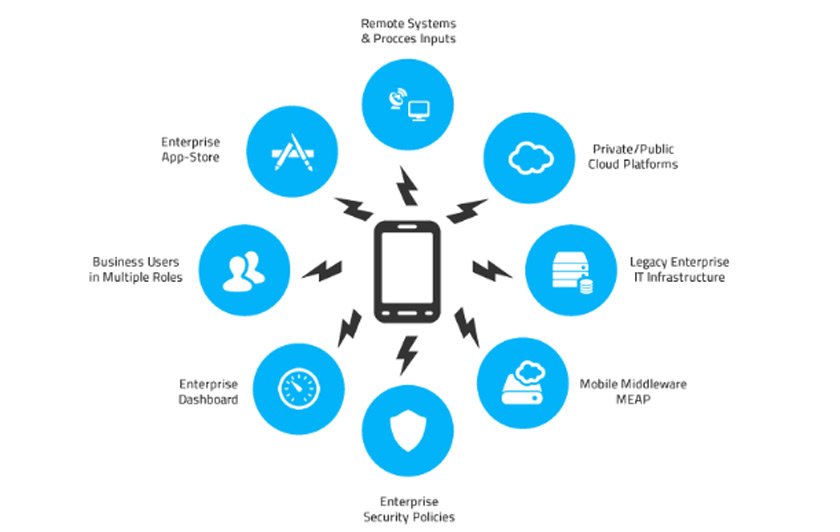 Apple’s Airpods have created a hype in the market, and they have managed to gather all the attention and be the talk of the town. Following its footsteps, Samsung too has shown its desire and will to abandon the standard audio port on upcoming phones. The manufacturers are all determined to cut the cords and go wireless! 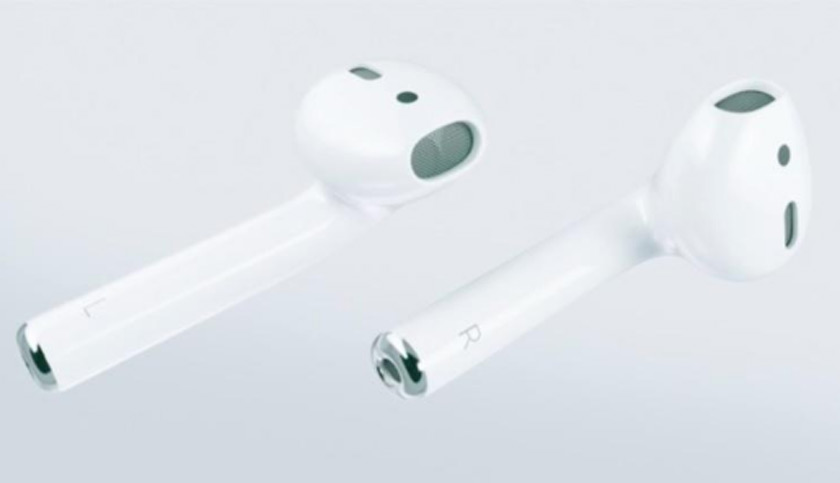 It is irrefutable that mobile applications have become inexplicably intertwined with our lives and the digital ecosystem. For businesses to soar higher building consumer, apps have become a necessity as people look forward to solving their tasks just with the touch of a button. These 7 mobile app development app trends predict the future as the user behavior and demand shift at lightning speed. Mobile app development companies should be versatile and learn to adapt accordingly.

The coming years will witness drastic increases smartphone users and the creation of uncountable apps. Although, time will tell how the mobile app will develop and trends will show how the market will thrive and flourish and generate higher revenue.

SI Global is an international IT solutions provider with a sizable team of mobile app developers, allowing them to offer services in all kinds of fields: web development, mobile app development, quality assurance, system integrations and APIs or enterprise solutions, among others. They have an international reach, with offices in US, UAE and Pakistan.