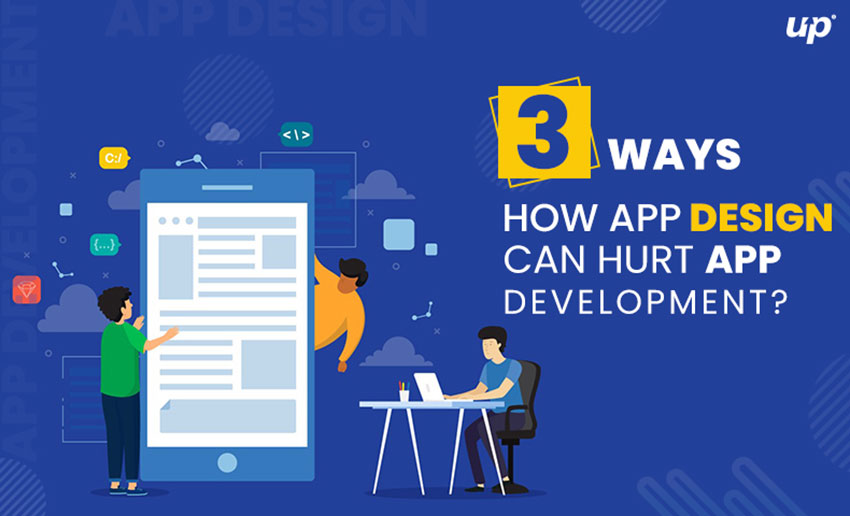 Do you think developing mobile apps is a cakewalk? If you do, then you are wrong. When you see behind the curtain of their development process, you will find a painful history of code and asset bloat, cost-overruns, and development delays.

Mobile apps have now become a key interface between customers and organizations. These mobile apps should be flawless, attractive, and advance. Generally, there is a disconnect between the app planning phase and the implementation of the actual code required to develop it.

Getting confused? I suggest you grab a cup of coffee or tea and be with me for the next 5-7 minutes. I hope you are ready to move ahead. Let’s understand that how an app design can hurt app development? But before that check why you need a mobile app?

Why a Mobile App?

Be there For Your Customers

As per the statistics, average Americans spend over two hours a day (!) on their mobile phones. While perhaps merely a handful of apps build up the bunch of this overall usage, it doesn’t alter the truth that every user has to unchain, scan, and scroll their gadget for the applications they’re searching for.

Apps provide a lot of functions: they can offer common info, messengers, booking forms, prices, search features, news feeds, user accounts, and much more. One of the greatest advantages of having an app is that all the data you want to proffer to your customers, which includes exclusive sales & promotions is precise at their fingertips.

A mobile application for your business can really add to your brand consciousness. As everybody is utilizing apps nowadays, you can reach to different parts of the world effortlessly. 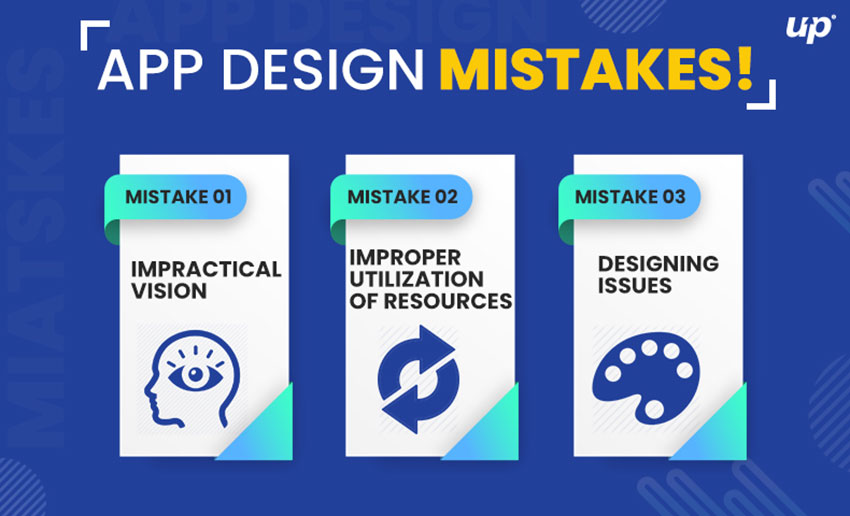 While talking about app designs, we generally refer to the mobile apps as it is displayed in a prototyping platform, including Pixate or InVision (visualization tools that bring the look and feel of a final app). These platforms don’t have a direct connection to the underlying code. They can only represent an immensely inspirational edition of the end product, which may be eventually not feasible.

I have seen this happen many times. When you show your design in front of your client, they get locked into that vision. But, after weeks or months later, they have to face disappointment when they match the design with the actual one.

As soon as the app is implemented in code, the prototype loses its value, with a large part of the budget and time. This even includes resources spent while designing the features that never go into the end product at all. This cut-off between the prototype and development indicates that it’s simple for a designer to introduce rich media content, animations, and UI concepts that are not possible to implement via code.

In such cases, the time and efforts of the designers get wasted, arousing new rounds of designs if the problem is discovered. This usually happens once the ‘final’ prototype has been approved and handed over for the development.

During the prototyping procedure, designers tend to pick numbers, images, and names to illustrate how the app will behave for users’ inputs. They sometimes forget that how different and messy users’ inputs can be. Some of the inputs can cause your app to ‘look off’. Or some other can render it entirely useless.

Sadly, specific data vs. design issues can be spotted only after the active beta testing of the app, if the app developer is lucky. However, if he is not, it can be detected only after the app reaches in the App Store, and users start accessing it. Either way, a time-consuming and costly update is generally needed. This process requires new rounds from both developers and designers.

App developers should be cautious not to bounce over-attentive preparation of an app’s UX structural design previous to jumping into the design work. Even earlier than executing a wireframing phase, the user flow & structure of an application ought to be mapped out. Designers are frequently too eager to create aesthetics & details. This results in a society of designers who usually under-appreciate UX, as well as the essential logic or navigation in a mobile app.

Sketch out the app’s flow first ahead of disturbing too a lot about the advanced details. Apps frequently fail from a deficient in of flow and company, rather than flawed information.

For all such challenges, some suggest that designers must learn code. But, I think that’s neither desirable nor feasible. What’s actually needed is:

In an era, where mobile apps are increasingly becoming the sole product of an organization, fostering this method is very crucial than ever before.

Millions of Smartphones are launching every day. Hence, mobile apps are also highly in demand. If you wish that users choose your app instead of others, a lot of hard work is needed. Regardless of the purpose of your mobile app, the end product must satisfy the users. Your app should be able to provide them a quality experience. If it is not in that stage, launching it could bring more harm than good. Hope this article will help you with the app development process. If you are looking for a trusted native app development company, you can get in touch with Fluper.

Description: Apps are famous for their smooth, quick, and fantastic working. However, sometimes, app design can hurt app development. How? Read this article for complete information.